We often talk of hope as wishful thinking: “I hope it won’t rain”; “I hope I win the lottery”; “I hope my team wins the Super Bowl”—but Paul’s concept of hope in Romans is different.1 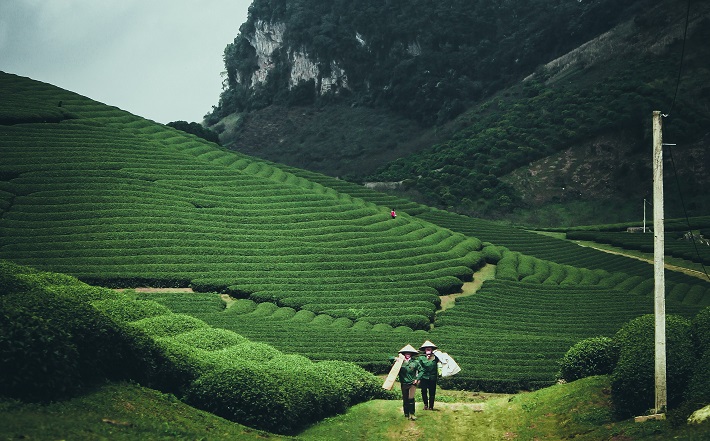 We often talk of hope as wishful thinking: “I hope it won’t rain”; “I hope I win the lottery”; “I hope my team wins the Super Bowl”—but Paul’s concept of hope in Romans is different.1

In Romans 5:1-8 Paul explains the benefits of his gospel (see 1:16-17) for those who are justified by faith and stand in a new relationship to God. Two verb phrases govern the passage and provide the substance of these benefits: We have peace with God (verse 1) and we boast in our hope (verse 2). Although the lectionary limits our passage’s scope to verses 1-8, the content suggests a wider field to verse 11. The verb “boast” acts like a set of bookends in verses 2, 3 and verse 11 to enclose the passage’s subject matter: the believer’s great hope. In verses 12-21, Paul shifts to the story of Adam and Christ.

We have peace with God

In Romans 5:1, Paul explains the first benefit: “Therefore, since we have been justified by faith we have peace with God through our Lord Jesus Christ.” This statement recalls the letter’s opening, where Paul greeted his audience, those whom he called to belong to Jesus Christ and to be holy with “grace and peace” (1:6-7). From one vantage point, the letter’s unfolding argument substantiates how it is that Paul can offer such a greeting.

After announcing his gospel in 1:16-17, Paul explains that rebellious humanity is under the power of sin so that no one knows the way of peace (3:17; see 1:18 up to that point). But now, apart from the law, God extends his grace as a gift through Christ’s redemption in order to justify all those who believe (3:24). Paul’s statement in 5:1, therefore, meaningfully calls his audience to appropriate his opening greeting of “grace and peace.”

We boast in our hope

Romans 5:1 also opens with an inference (“Therefore…”) from the preceding discussion about God’s gracious provision of righteousness by faith and not by works of the law (3:21-4:25). Throughout, Paul argues that God’s gracious act in Christ silences any who boast in their own actions, status, or privileges (2:17, 23; 3:27). Now he returns to the subject of boasting in Romans 5 as an act that requires crucial redirection. The rest of our passage develops the object of proper boasting as the second benefit of the gospel, “we boast in our hope of sharing the glory of God” (5:2).

This language recalls Paul’s portrait of humanity: People exchange the glory of the immortal God for the likeness of an image of mortal creatures (1:22-23). As a result, humanity is out of sync with God, creation, and one another (1:18-32). All of humanity falls short of God’s glory (3:23), but now those who believe are justified through the redemption in Christ that God graciously provides (3:23-24) and may hope in sharing God’s glory (5:2).

Paul develops his statement in 5:2 by proposing that believers boast also in their suffering. In verses 3-5, he builds an argument in which the experience of believers is like a chemical chain reaction, one substance setting off a whole sequence of processes. We know that suffering produces patience, and patience produces character, and character produces hope. Suffering is the catalyst in this process, and hope—the hope of sharing in God’s glory—is the terminal point.

This suffering-fueled-hope does not disappoint (or shame) us because God’s love has been poured into our hearts through the gift of the Holy Spirit (verse 5). The Holy Spirit’s indwelling presence functions as a guarantee or down payment of believers’ future hope (see also Romans 8:23, 26-27).

Finally, verses 6-11 ground (“for,” verse 6) Paul’s statement in verse 5 about believers’ confident hope. The proof of God’s love is that he sent his son to die for believers “at the right time,” while they were still weak, that is, when they “were neither righteous nor good, but ungodly sinners,” (verses 6, 8). They were like the ungodly who suppress the truth and exchange the glory of the immortal God for mortal beings (Romans 1:18), and like Abraham who learned from experience that God justifies the ungodly on the basis of faith alone (4:5). The rest of the paragraph (5:9-11) looks to the future through the lens of the past and present: if God has already justified and therefore reconciled those who were enemies, then believers can confidently hope in sharing God’s glory (see also 8:31-39).

For the first time in the letter, suffering and God’s love appear. Paul sets them together with God’s grace and the believer’s hope. He develops these themes in Romans 8, where he affirms that the Spirit bears witness, that believers are co-heirs with Christ of God’s glory, and that present sufferings “are not worth comparing with the glory about to be revealed in us” (verses 14-18). The Holy Spirit helps believers as they wait expectantly to participate in God’s glory and the redemption of all creation (verses 18-27).