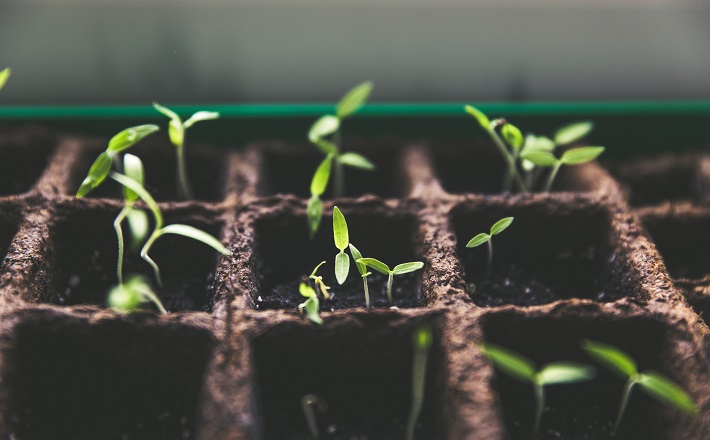 The first thing to be addressed in this passage is to whom is Jesus talking here. The answer comes from John 9 and the immediate context: he is talking to the Pharisees who, in this section and in the gospel in general, are equated with the Jews (see also John 9:13, 18, 22, 40; John 10:19, 24). They are the religious leaders of the people of Israel together with the priests and scribes. So, when Jesus says: “Very truly, I tell you,” that you is a plural pronoun and refers not to an individual but to a group of people, in this case, the Pharisees. The monologue that follows, then, is directed to them (John 9:41; John 10:6, 7, 20), though the community, reading over the shoulder of the evangelist, gets the message too.

A contrast/comparison is being drawn between two individuals: the good shepherd and the hired hand. They represent two completely different kinds of leadership, because that is what this passage, and the previous one in verses 1-10, is all about. The community is being portrayed as a sheepfold and its leaders are described, positively or negatively, as shepherds, thieves, bandits, gatekeepers, strangers, gates, and hired hands. All of these are figures of speech (paroimia), as the narrator lets us know in verse 6.

Knowledge here has to do with the knowledge that friends and family have of each other, the emotional tie between husband and wife, father and children. That is why the analogy with God the Father is being made: just as God knows Jesus and Jesus knows God, so also Jesus knows the community and they know him. This intimate relationship between God and Jesus is so similar to that of Jesus and the community that one could say that through Jesus God is intimately related to the community also.

In the giving of his life Jesus does something for the community that no one else has ever done. All past leaders avoided suffering for the community. They came the wrong way, not through the gate, which in John 10:7 is said to be Jesus, and they came to take advantage of the people. Instead of giving them life, they took it away from them. But Jesus came to give them life through the giving of his own. He did this not as a victim but as a willing, voluntary sacrifice. “No one takes it from me,” he said, “but I lay it down of my own accord.” This, he said is a command “I have received from my Father” (verse 18).

Though situated during Jesus’ ministry, the gospel of John addresses the needs of specific communities in the post resurrection era. Scholars believe that the gospel was written around 90 CE, a time when the Johannine community was facing harassment from the leaders of the Synagogue, the Pharisees who had abandoned their people during the siege of Jerusalem in 70 CE and had gone to the village of Jamnia where they started the process of reconstructing Judaism. They are likened to bad shepherds.1 John 10:12-13 may be a direct reference to that event. In contrast, Jesus is presented as the good shepherd, the suffering Messiah who lays down his life for the flock.

In the eyes of this fledging Christian community, there is no comparison between these two kinds of leadership. One, postulated by the post-war Pharisees, was felt as exclusive and self-serving. The other, modeled by Jesus the Christ, was a reading of the Old Testament shepherd tradition that conveyed its true meaning: to be a shepherd means to sacrifice yourself for the welfare of the community, to give one’s life so that others may live. That is why he calls himself “the good shepherd.”

When the Johannine community affirmed that Jesus was the shepherd, they were not only making a Christological affirmation, that is, who they thought Jesus was, but they were also affirming what kind of leadership was expected in their midst. Jesus was not only a living, spiritual presence who was worshipped as God in the liturgical assembly of the community but he was also the model for church leadership. This “good-shepherd” model was therefore one that the leaders of the community were encouraged to follow.

Many of us have perhaps thought of ministry as a profession. But ministry is not a profession, it is a vocation, a call (vocatio=call). We have been called by God into service. The ministry is not about ourselves (profession) but about the people we serve (vocation). When we understand ministry as a profession, then we only care about ourselves — our career, our success, our retirement, etc. — not necessarily about the people we serve. We become hired hands, those who do not care for the sheep (John 10:13). But when we understand ministry as a vocation then we care for others to the point of giving our lives for them.

We, after all, are Easter people. What does that mean? It means that, following Jesus’ example, we invest our lives in other people’s lives to the point where we don’t matter anymore, only them. How are we as ministers giving our lives or — to put it in more contemporary terms — investing our lives in the people we serve? How are we being “good shepherds” instead of “hired hands?” The answer to this crucial question can only be found when we honestly face our own failures and recommit ourselves to the call we received when we started this journey we call ministry.