Jesus was a saved Savior, a delivered Deliverer 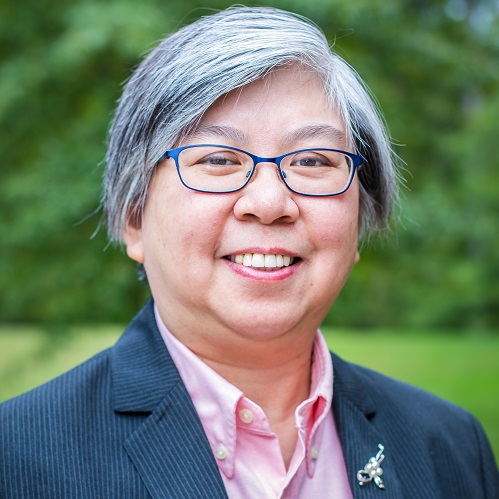 The text for today displays a tension between two extremes. On the one hand, Herod’s means of securing his power was dark and murderous, necessitating the holy family’s flight to Egypt. On the other hand, Joseph’s three dreams bore witness to God’s protective hand and sovereignty over each twist and turn as he brought “the child and his mother” first from Bethlehem to Egypt and finally to Nazareth of Galilee. Even the locations were intriguing and ironic. Egypt was historically a place of oppression for God’s people, yet it provided a place of refuge for Israel’s Messiah. And who would guess that neither Tiberias nor Sepphoris, the famous cities of Galilee, but Nazareth, an obscure village of little repute, would end up being the childhood home of the Messiah?

Surely Herod’s evil scheme could not thwart the coming of God’s Messiah! More than that, the narrative evokes clear memories of the exodus. Like Moses, whom God sent to save the Israelites, Jesus, God’s eschatological agent of salvation, was delivered before fulfilling his mission to save God’s people as well. This note of solidarity is also sounded in today’s lectionary reading from Hebrews, which affirms Jesus’ sharing of his brothers’ and sisters’ sufferings and trials. Even as a baby, Jesus faced rejection and was rescued. He was a saved Savior, a delivered Deliverer.

The narrative contains many parallels between Moses and Jesus. Just as Moses could have been killed because of Pharaoh’s edict to destroy all male Hebrew infants, Jesus could have met the same fate under Herod’s order to kill all the boys under the age of two in the vicinity of Bethlehem. Thanks to divine rescue through the obedience first of the Hebrew midwives and now of Joseph, both Moses and Jesus were kept alive and tasked to save God’s people, one from slavery in Egypt and the other from their sins.

The three quotations from the prophets of the Old Testament provide this passage with an interpretive framework. Each is presented as a fulfillment of prophecy, emphasizing that all the unfolding events have long been a part of God’s overarching plan.

First, Matthew views Jesus’ escape to and return from Egypt as a fulfillment of Hosea 11:1, “Out of Egypt I called my son” (2:15). This reference hearkens back to the first exodus, with Israel being identified as God’s son. In the ensuing verses, Hosea describes Israel’s persistent disobedience and subsequent oppression by the Assyrians. Yet God’s compassion remained with Ephraim and he promised to “return them to their homes” (Hosea 11:1-11). Here, not only was Jesus, Son of God, called out of Egypt when Herod died and was no longer a threat, he would also reverse the pattern of Israel’s failure by being obedient to God his Father. In one person, Jesus thus took on the roles of both a second Moses and a faithful leader of Israel at the same time.

Second, in verse 18 Matthew cites Jeremiah 31:15 to express the horror of Herod’s slaughter of the innocents. Imagine the blood-curdling screams and inconsolable sobbing throughout the region as little boys were mercilessly killed. Yet the use of this text signals a glimpse of hope. In Jeremiah’s day, as the Israelites were taken into captivity, on leaving Jerusalem they would have passed by Ramah, a town six miles to the north, on the way to Babylon. Rachel, the beloved wife of Jacob and mother of Israel, wept over this national tragedy. If we continue on in Jeremiah 31, however, we will hear God’s words of comfort, his new covenant with Israel, and his commitment to his people’s salvation.

The third citation, “He will be called a Nazorean” (2:23), claims that Joseph’s decision to settle his family in Nazareth was also prophetically anticipated. Oddly, though, these exact words cannot be found in the Hebrew Scriptures. Could this be why Matthew uses “through the prophets” in the plural instead of the singular to connote a more general idea? Since Nazareth was such an insignificant town, “of Nazareth” became, ironically, a distinctive identifier for Jesus. A deeper meaning might further be extracted from a possible play on words here. In Hebrew, Naṣrat (Nazareth) and nēṣer (branch) share the same middle consonant ṣ phonetically. Isaiah 11:1 reads: “A shoot shall come out from the stump of Jesse, and a branch (nēṣer) shall grow out of his roots.” Elsewhere in the Old Testament, Jeremiah speaks of God raising up “a righteous Branch for David” (Jeremiah 23:5; 33:15), and Zechariah calls God’s servant “the Branch” (Zechariah 3:8; 6:12). Although a different Hebrew noun is used in Jeremiah and Zechariah, the idea is similar to that of Isaiah, that “Branch” is a messianic title. Thus, the designation of Jesus as a Nazorean (or Nazarene in some English translations) indicates both his being from Nazareth and his identity as the Branch, that is, the Davidic Messiah.

Common to all three prophetic fulfillments is the theme of salvation. God promised to save Israel through the prophets and this salvation was set in motion with the coming of the Messiah, who was God’s second and final Moses.

In order to be saved, God’s people must follow Joseph’s example in being absolutely obedient. The repetitiveness in the instructions given by the angel of the Lord to Joseph and Matthew’s description of Joseph’s response is intentional. In other words, when told to take the child and his mother, flee to Egypt, and wait there until further instructions, Joseph did exactly that (2:13-14). And when told again to take the child and his mother, and return to the land of Israel, his action again matched the instructions word for word (2:20-21). There were no ifs, ands, or buts. As a result, Joseph and his family steered clear of the threats of both Herod and his son Archelaus. His faith and obedience were commendable and instructive. When we receive the Lord’s salvation, are we humble enough to obey our Savior in total trust?

Jesus was a saved Savior, a delivered Deliverer