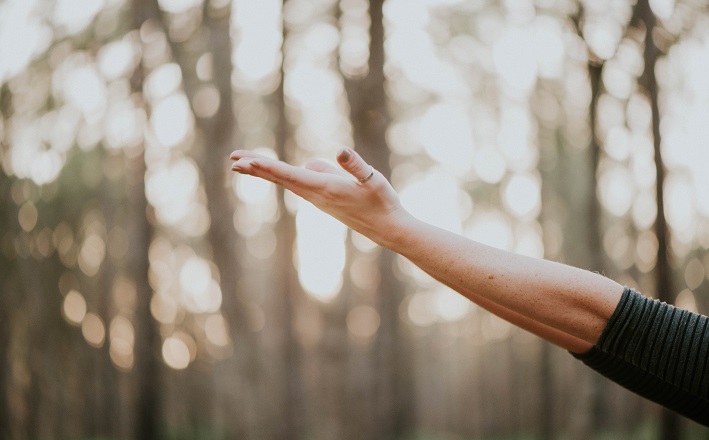 "[God] lifted them up and carried them all the days of old." Photo by Natalie Grainger on Unsplash; licensed under CC0.
December 29, 2019

As the Gospel of Matthew is fertile with fulfillment language, the insertion of Egypt here is a reminder of its historical significance. Egypt was a land of security for Joseph then (Genesis 50:20). It is a land of security for another Joseph centuries later (Matthew 2:19). A pharaoh in Egypt feared Hebrew children then (Exodus 1-2). Another imperial ruler’s fear forces a child into Egypt later (Matthew 2:16). Matthew’s post-birth narrative runs through Egypt. It is likely that by Matthew’s time there was a large Jewish community living in Egypt, particularly in Alexandria and Leontopolis.

Not only does the story after the birth of Jesus wind through Egypt, it is rooted in evil. How ironic that a narrative about redemption, salvation, and reconciliation must first wade through the abyss of egomaniacal behavior. Jesus coming into the world is bracketed with Herod who fakes worship on one end while instituting infanticide on the other.

History repeats itself. Such atrocity had happened in Egypt before the Exodus. It happened on the way to Egypt a millennium later. Its perpetual lesson reminds us that the most vulnerable suffer when the most powerful are irresponsible.

Here the most vulnerable, the most at risk are the children. Matthew interjects Jeremiah 31:15 to connect the pain from children lost in wars with Assyria and Babylon to a similar anguish in the writer’s Bethlehem. Matthew’s war is not nation against nation. It is internal strife between a despot and those desiring political and spiritual release and relief. A mother’s cry, a father’s scream come at the hands of imperial demand and demonic activity. It was heartbreak from the Hebrews and Moses reaching to Matthew’s primarily Jewish audience in the first century.

Fulfillment language can point to painful moments in a people’s history. It is wording that joins one period of time to another. It offers a continuum between the past and the present. For Matthew the use of such linguistic cues helps to show Jesus, even as a baby, as the culmination of what was promised. He was the foretold Savior of the World. Emmanuel—God is with us—sojourns from time through time and in time. Navigating Egypt, evil, and egos this is the Messiah—the Anointed One.

Matthew makes one more fulfillment linguistic move in rendering accounts post the birth of Jesus. Just as the interpretation of dreams provided a means of redemption for the ancestor Joseph, dreams also save Matthew’s Joseph and his family.

Three times a messenger from God, an angel, converses with a sleeping Joseph. The first subconscious dialogue proclaims the birth of Jesus (Matthew 1:20). The second provides a way of escape (2:13). The third dream posits the all-clear signal (2:19). Joseph is to leave Egypt because the security and refuge that it offers is no longer needed.

A fourth and final sleeping encounter portends the perpetual presence of danger (Matthew 2:22). The last dream is different from first three in that Matthew does not state who warns Joseph not to return to Judea. The inference is that based on verse 22, Joseph himself surmises danger and acts accordingly. It is as if this time, the dream, instead of revealing something new, confirms what Joseph already knew.

What did Joseph know? Herod the Great ruled from 40-4 BCE. He died soon after Jesus was born. The emperor Augustus honored Herod’s wishes making his son, Archelaus, ruler of Judea. Although Herod was dead, his lethal residue remained (Matthew 2:22). Archelaus was a rotten apple from the Herodian bad tree. As Matthew notes, Joseph sensed foul play and took Mary and Jesus to Nazareth. Yet, nothing is purely informational in Matthew. Jesus had to dwell in Nazareth so that “what had been spoken by the prophets might be fulfilled” (2:23). Nazirites such as Samson served and saved by sacrificing their lives. Jesus would also serve and save in Nazorean lineage.

So much of the tenor in the public square portrays places where Black and brown bodies reside negatively. Locales where the citizens are primarily of non-European descent are subject to pejorative mischaracterizations. Although there are many hues of Egyptians and African people in general, Egypt is still in Africa—always has been. It is the continent of the melanin-kissed people. It is the birthplace of civilization.

While there is no description of their complexion, we know that the feet of Mary, Joseph, and Jesus touch Africa. Matthew goes so far as to suggest that had they not gone to Egypt, they might have been killed. A country in a continent that today faces hyperbolic misconstructions provided shelter for the Savior. Before Jesus could reside in Nazareth, he takes refuge in Egypt.

“It was no messenger or angel but his presence that saved them.”

Hebrews 2:10-18 paints a powerful picture of the significance of Jesus’ incarnation that highlights the reality of suffering on the journey of faithfulness to God.
Print All Text Print All Commentary