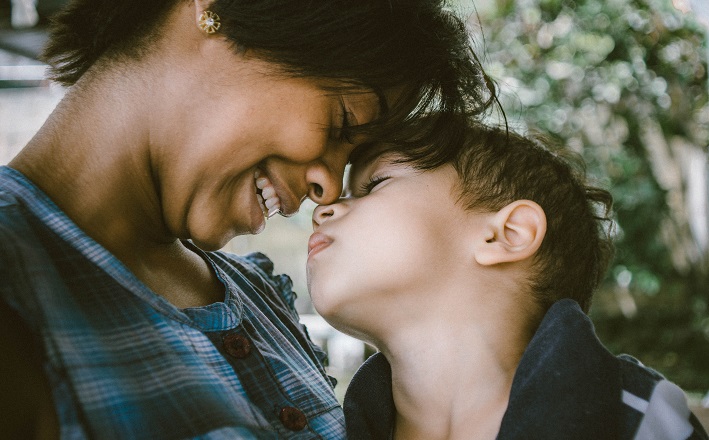 His mother treasured all these things in her heart.Photo by Bruno Nascimento on Unsplash; licensed under CC0.
December 30, 2018

Both are stories of young persons in the Temple. While the similarity could appear as mere superficial background, there is a deeper connection worth exploring on what tends to be one of the mellower Sundays in the church year.

What we have here is a fragment of the beginning of Samuel’s story, which is intimately entwined with the stories of his mother Hannah, the priest Eli, and the story of the Lord’s relationship with the people of Israel.

The latter we are entering as the era of the judges is about to fade into the past, making way for the reign of kings. The centering shift of cult and state to Jerusalem has yet to happen. There is no temple in Jerusalem, and, as yet, there is no king over the whole of Israel. The sanctuary where the story is set is at Shiloh, a long day’s walk north of Jerusalem. The sanctuary at Shiloh houses the Ark, and it is there that Eli serves as priest of the Lord.

Eli’s story is far from being one of puppies and sunshine. His sons were both wicked asshats.2 The bright spot in his life is the dedication of young Samuel to the service of the Lord.

Hannah’s story is one that plays on with the themes of barrenness and blessedness. Hannah is the second wife of Elkanah, the Ephraimite. Hannah giving birth to Samuel, like many other biblical characters, bears marks of the miraculous. Elkanah’s first wife, Peniniah, was blessed with a number of children; Hannah was not.3 Given that children serve as a trope for blessing and blessedness, barrenness bore the opposite.

We pick-up the story with the boy Samuel ministering before the Lord. The heart of the pericope is dedicated to Samuel’s clothing. The storyteller makes a point of sharing that Samuel wore a linen ephod,6 an odd little detail to which we shall return. We are also told that Hannah (and presumably Elkanah) would visit their son yearly, at which point she would bring him a robe that she had made, and at which point Eli would bless Hannah and Elkanah that they might bear more children.7

By this point, one could preach a memorable and no doubt welcome sermon about the benefits of parents sending care packages to their children … or Christmas presents. While Hannah’s care for her son by making him a new robe each year is touching, it probably not the best homiletical trajectory. Consider that something far more cosmic is going on.

Before moving to the cosmic trajectory of this pericope, a word of caution. Be mindful about how you speak of barrenness and blessing. Many have been confronted with this biblical dynamic with little nuance about its cultural, narrative, and theological purpose. It is not directly applicable to today. The struggle to have children and the struggle with whether or not to have children are not directly addressed by Hannah’s story. Note that Hannah’s prayer accompanies her “anxiety and vexation.”8 If there is an analogy to human experience, it might well be Hannah’s despair as she is weighed down by the cultural and theological interpretations of her inability (real or perceived) to bear children.

In terms of homiletical trajectories, consider the linen ephod.9 While this quirky detail about Samuel’s attire might seem like a storyteller’s technique of inserting seemingly useless details to give a tale visual pop, it might also be significant.

The mention of the ephod, a garment of linen, perhaps an apron, pulls the mention of this first episode of Samuel’s service in the sanctuary into the realm of priestly and temple symbolism. While the high priest’s ephod was more ornate than the ordinary priest’s, they are both linen vestments bearing the same name. An important kicker here is that the priest’s ephod and the veil that separated and concealed the Holy of Holies are made of the same stuff — the same cloth.10 There is no accident here. The question is: what is the symbolism?

Admittedly, I may be inviting you to wander into a forest of detail that seems insurmountable for the First Sunday after Christmas but hold on for a few more sentences.

Margaret Barker in her book, The Great Hight Priest,11 draws out the symbolism of the Temple. The Temple was understood to be a microcosmic representation of the cosmos. The veil that conceals the Holy of Holies represents the work of the second day of creation.12 In particular it represents the firmament that separates earth and heaven,13 what is holy from the most holy.14

Given that the Holy of Holies was associated with the very presence of God — the shekinah — concealed by the veil, movement through the veil, then, was associated by early Christians with the incarnation.15 The author of Hebrews makes the connection: “Therefore, my friends, since we have confidence to enter the sanctuary by the blood of Jesus, by the new and living way that he opened for us through the curtain (that is, through his flesh), … ”16

Similarly, in the ancient Liturgy of St James we find the Prayer of the Veil, which is said over the eucharistic gifts — the bread and wine — after the gifts have been presented but while they are still covered by the veil upon the altar:

We thank Thee, O Lord our God, that Thou hast given us boldness for the entrance of Thy holy places, which Thou hast renewed to us as a new and living way through the veil of the flesh of Thy Christ. We therefore, being counted worthy to enter into the place of the tabernacle of Thy glory, and to be within the veil, and to behold the Holy of Holies, cast ourselves down before Thy goodness:

Lord, have mercy on us: since we are full of fear and trembling, when about to stand at Thy holy altar, and to offer this dread and bloodless sacrifice for our own sins and for the errors of the people: send forth, O God, Thy good grace, and sanctify our souls, and bodies, and spirits; and turn our thoughts to holiness, that with a pure conscience we may bring to Thee a peace-offering, the sacrifice of praise … 17

The point here is that the symbolism of the temple veil was interpreted in association with the priestly vestment, the ephod. As the architecture of the temple was a representation of the whole of creation, so the priest’s vestments were as well. From at least the time of the writing of Hebrews, there is this association of the veil/ephod with the flesh of Christ — with the incarnation.

Back to the boy Samuel. What does it mean that the child Samuel was wearing this ephod? Samuel’s dedication to the service of the Lord is in one way the Lord’s corrective to the problem of Eli’s wicked sons, who had corrupted the priesthood. We also see here in this detail, which could be missed by the blink of an eye, a figuration of the incarnation of the Son — Emmanuel.

The bloom is off the rose and it is not even New Year’s Day.

On the first Sunday after Christmas, it’s hard for any passage to compete with Luke’s story of the boy Jesus in the Temple.
Print All Text Print All Commentary