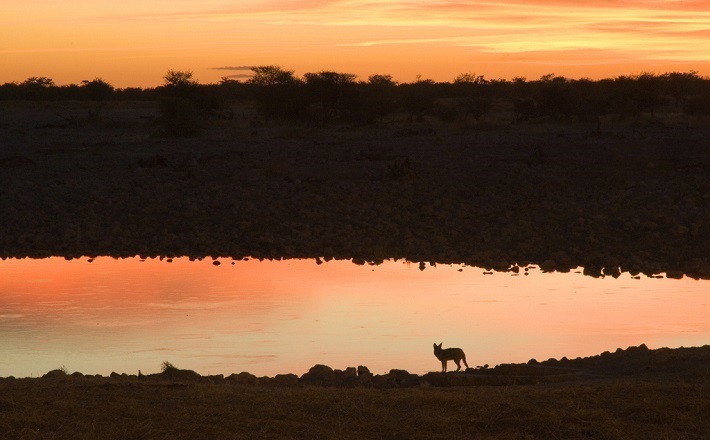 Today’s reading is the first stanza of a long salvation oracle running from Isaiah 43:14 through 44:5 which, in turn, is part of Second Isaiah’s amazing proclamation of deliverance to the Babylonian exiles (Isaiah 40-55). Whereas God had previously used Nebuchadnezzar and his Babylonian hordes to destroy Jerusalem and haul the fruit and flower of Judah into exile in Babylon in 587 and 582 BCE, Second Isaiah now dramatically announces that God is about to use Cyrus and his Persian forces to defeat Babylon and release captive Israel, allowing them to return to their homeland.

The passage has been structured as a true chiasmus, that is, ABB’A’:

Such a structure serves to highlight the movement from God’s past activity in the exodus from Egypt to God’s promise of present deliverance. As we shall see, the message of this prophetic announcement is all tied up with how Second Isaiah skillfully moves from the one to the other.

A (verses 16-17)
The text opens with a description of what Yahweh had done for Israel in the past. The verbal markers used, however, are a key factor in discerning what Second Isaiah is up to. These introductory verses are constructed as a pair of participial statements (aptly introduced by “who . . .” in the NRSV) that serve to identify who God is by what God does. The force of the participles is that not only has God “made (so NIV) a way in the sea” in the hoary past, but that the creator’s work is continuous, ongoing, or at least chock full of ramifications for the present: God “makes (so NRSV) a way . . .,” and “brings out chariot and horse . . .” Chariot and horse are then said to “lie down, they cannot rise” imperfects that move the description of God’s activity from continuous action to incomplete action in the present or future. The verbal series ends with a description of their demise in perfect verbs indicative of completed action (“extinguished, quenched”) that bring to a close the tale of the divine defeat of Pharaoh’s forces. Such a progression of tenses, while describing God’s activity in the past, at the same time places the reader squarely in their midst, and allows a narrative participation in the events of the exodus.

B (verse 18)
Since the days of Begrich, form critics have hunted for an oracle here; specifically, the oracle of salvation so frequently found in Second Isaiah’s proclamation. Most find it . . . and then lament the absence of “fear not,” the hallmark of the salvation oracle. Instead, we find an injunction to “remember not . . . consider not.” In Hebrew the word order is chiastic (remember not / the former things: things of old / consider not) mirroring the shape of the oracle as a whole. But, what’s up with “remember not”? Why would Second Isaiah so meticulously construct his introductory verses with that precise progression of tenses designed to draw Israel back to experiencing God’s deliverance at the Sea if they are now to . . . well, “fuggeddaboudit” à la Tony Soprano?

B’ (verse 19a)
The answer comes with the surprising announcement that God is “about to do a new thing.” Here, the force of yet one more participial construction, this time with hinneh, is on the immanent nature of what God is about to do. And what God is about to do will be another act of deliverance, just as it was at the Sea. The newness consists in the message that God is not limited to acting in the same old ways to accomplish new acts of salvation, and that Israel, and we, will be surprised at the contemporary relevance of God to our lives, here and now, if only we are attentive.

A’ (verse 19b-21)
In fact, God will accomplish the same act of deliverance through a reversal of the means of deliverance. In the past, at the time of the exodus, God had met the needs of his people by turning the sea into dry land. Now, faced with an impossible nine hundred mile trek back to their homeland, through inhospitable terrain, not just wilderness (midbar) but waterless desert (yeshimon), God promises to meet their needs once again; but this time it will be accomplished by turning the dry land into rivers (19b, 20a).

As an extra added bonus, it should be noted that Yahweh’s deliverance is not limited to bringing the exiles home. Before the oracle closes with Yahweh’s reason for deliverance: “that they might declare my praise” (21b), Second Isaiah cannot help but reprise his profound hope for a “greener” world in which even the jackal and ostrich will honor the ecological transformation wrought by God’s watering of the desert (20).

There is no need to limit God to past mercies. God is an ever present help, to quote the old hymn. The gospel needs to be heard every day. The life-giving word of forgiveness cannot be proclaimed in the past tense. It was wonderful when it was announced yesterday, but yesterday’s gospel is today’s law. We need to hear the gospel afresh, every day.