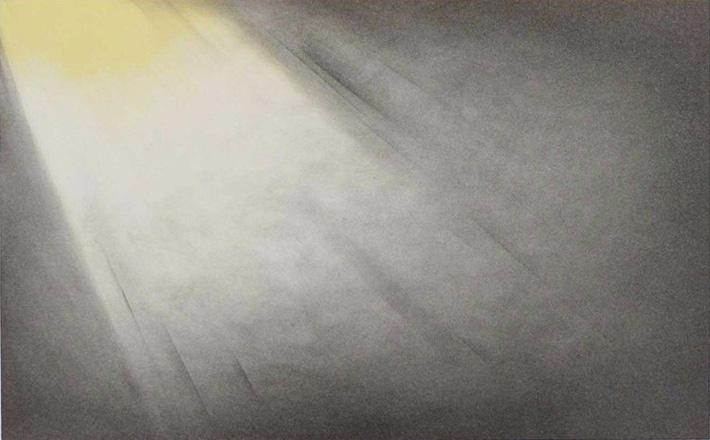 This is not the norm everywhere in scripture. Jesus is the best among us — the living God in our skin—and he turned out homeless and abandoned and tortured to death — that divine skin shredded. Job, both God and Satan agree, is about as good as mere mortals can get, and his skin and his family and his possessions and his soul suffer for it.

But the portrait Psalm 112 paints can still ring true. Sometimes those who are actually good do well in the world. The psalm makes clear we’re talking about material, this-worldly possessions — descendants, wealth, riches, triumph. Their obligation is, of course, to give back to others. God’s gifts are never for us, they’re through us for everybody else.

The psalm is twinned with its predecessor, Psalm 111, which describes the nature of God before 112 describes the nature of a God-fearer. Pair the two and you have a portrait of a divinity and humanity. Both are acrostic poems, with each line beginning with a letter of the Hebrew alphabet, suggesting wholeness and universality. And the psalm reads much like more famous Psalms like 1 and 119 that set out two ways, a righteous way and a wicked way, to commend the former and condemn the latter. We might add that righteousness would be more universally pursued if it led as quickly and automatically as Psalm 112 suggests.

Recently, after the American election tore hearts open, Kate McKinnon took to the piano on Saturday Night Live to sing Leonard Cohen’s “Hallelujah.” She’s a comedic actor, it’s a comedy show, and surely the word “Praise the Lord” has never been sung so earnestly on network late night television. It was a lament — a biblical cry for the Lord’s presence — penned by a great Jewish songwriter who had also just died that week. Read in a skewed way, Psalm 112 could suggest that the rich are rich because they’re righteous. But read in the context of the whole bible, we know that is not so. Our God has a cross through the heart. And so will we.

There are already clues that things are more complicated than a literal reading of 112 lets on. “Fear of the Lord” is a key to this happiness. This is not reptilian terror. Our culture’s shapers move us with fear through news or marketing. Only fear of something greater can keep us from fearing something lesser.1 All fears pale compared to fear of the Lord. Even stranger, this fear is paired with “delight” (Psalm 112:1).

The Lord’s commands are not made for drudgery. They’re how to be happy. The promises continue to pile up — progeny and spending money and steady hearts. One scholar suggests the blessings here are Abrahamic.2 God promises Israel descendants without number, establishment in the land, milk and honey and all the rest of us. Israel — and all humanity — has failed ever since to keep our end of the bargain, to be faithful back to God. And yet God cannot help but be faithful.

The world is a dark place, as the psalmist makes clear in several places (verses 4, 7, 8 & 10). But the blessed light up the world, as Jesus preaches in Matthew. 5:14-16.3 Scripture plays with themes of light and darkness throughout. And perhaps most interestingly for this text, themes of illumination are particularly important at Sinai.4 God is light itself on that mountain, leading the Israelites with fire, lighting up the worlds, having to shield his servant Moses from his unimaginable splendor. Psalm 112 attributes that sort of world-illuminating light to the righteous keeper of the commands. She shines with God’s own light, and lights up a dark world.

And one way she does so is by lending money without expectation of return or interest. Here the just person in scripture is the mirror opposite to those usually thought to be wealthy. Who grows wealth without interest? Yet it is clear here that wealth is only in the just person’s hand to give it to others (verse 3, 5, & 9). The wicked gnash at such generosity, but the just are remembered with gratitude. C. S. Lewis says that our entire economy is built over the 9th and 10th commandments. Where would capitalism be without lying and coveting? Scripture makes clear sainthood runs on divestment. Jesus didn’t say “give until it hurts,” Clarence Jordan says, he said “give until it’s gone.”

And so we see the possibility of a counter-conventional reading of this psalm — one illumined in Jesus. He had no physical descendants or material wealth, and yet he has more spiritual descendants and distributes gifts more liberally than anyone else. He rises from the dead in the early morning. He inaugurates the year of Jubilee in his ministry and church. His righteousness is unending and undoes an economy of servitude, replacing it with an economy of joy. Psalm 112 is not wishful thinking and it is not ideological fortification for “the man.” It is a biblical glimpse of Jesus’ own generosity, and so his happiness, which he showers on anyone who asks — even us wicked, if we can ungnash our teeth long enough to pray for it.

1 I’m riffing here off of Scott Bader-Saye’s book Following Jesus in a Culture of Fear.

Given that the Gospel Lesson for this Fifth Sunday after Epiphany reminds us that Jesus did not come to abolish the Torah or the Prophets, we might consider one of these ancient, Hebrew Scriptures for our preaching focus this week.