“The Lord is king most high exalted” — a perfect proclamation for Christmas!

JESUS MAFA. The birth of Jesus with shepherds, from Art in the Christian Tradition, a project of the Vanderbilt Divinity Library, Nashville, Tenn.
December 25, 2020 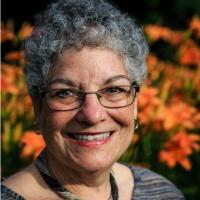 “The Lord is king … most high … exalted” — a perfect proclamation for Christmas.1

This reality is a matter of rejoicing. Psalm 97 begins and ends with rejoicing. In verse 1 all the earth is enjoined to rejoice, and in verse 12 the righteous receive the same imperative. And in the middle of the psalm (verse 8) the towns of Judah rejoice. As always with Hebrew poetry, the repetition and the ways thing begin and end remind us of what is important. Rejoicing rings and resonates as the church sings on Christmas.

And the crucial reason for the rejoicing is contained in the proclamation that “the LORD is king.”

Indeed, for many scholars, this is the central affirmation, the central metaphor of the entire psalter. For the problem of the world can be, and most often is expressed as, a two-pronged problem:

Who is in charge?

The LORD. In Hebrew, the phrase translated “The LORD is king” is more verbal than this NRSV translation suggests. The phrase is Yahweh malak, “the Lord reigns,” which uses the verb, mlk, that comes from the noun, melek, which means “king.” So the proclamation is literally that the LORD reigns; the LORD is in charge, and this is very good news indeed. In Psalm 97, the ruling of LORD stands in contrast to the lowliness of other gods who simply “bow down” before the LORD who is “exalted” far above them (verse 7 and 9).

How does the LORD rule?

Describing and praising the way that the LORD rules is the particular concern of Psalm 97.

Interestingly God’s reign begins by being obscured: “clouds and thick darkness are all around God.” These are then followed by fire, lightning, and mountains melting like wax (verses 2-5). Here is the familiar language of theophany, the language most often used when God appears. We are reminded specifically of the LORD’s appearance at the giving of the law on Sinai where there is thunder and lightning, thick cloud, fire, and smoke (see Exodus 19:16-18).

The darkness and fire of theophany serve as both warning and protection from coming too close. But I confess to hearing something even deeper in this language. The true nature of divine rule is often, like all divine truth, hidden or obscured. In our Christian theology of the cross, truth is often hidden beneath its opposite. The final revelation of kingship which begins this Christmas day in a manger ends, for Christians, with Jesus wearing a crown of thorns on the cross when once again darkness appears and the earth shakes (see Matthew 27:45-51).

In Psalm 97, the major way to recognize the reign of God is found in the second half of verse 2 in which the psalmist proclaims that God’s throne is founded on “righteousness” and “justice.” This is how God rules. God’s sovereignty is marked by these two things. This way of ruling cuts through the clouds and the darkness as the LORD sits enthroned in the midst of theophany. In fact, “righteousness” and “justice” here partake of the metaphor of the heavenly hosts carrying the throne of God into the temple. They become the hosts of heaven on which the LORD sits enthroned.

That righteousness is the central means by which the LORD rules is apparent once again through repetition. Righteousness is emphasized not only in verse 2 but also in verse 6 where the heavens proclaim God’s righteousness, in verse 11 where light (breaking through the darkness of verse 2) dawns for the righteous, and finally in verse 12 where it is made clear that those who are called on to rejoice in the Lord are indeed the righteous.

This is good news for God’s people, for Zion. They know the true God, and how the LORD rules. And they know as well that this good news comes with a set of expectations. To be faithful to this Lord means not only that they worship the Lord alone, forsaking idols and other worthless gods. It also means, as is made clear in verse 10, that they participate in God’s righteousness and justice by hating evil. To be faithful to God is to hate evil. This expectation is expressed in Psalm 97 not as a demand but rather as a promise. God “loves those who hate evil.” Those who hate evil are God’s faithful whose lives are guarded by God. God rescues the ones who hate evil from the very hand of the wicked.

God delivers a message through angels to the lowly.

“The Lord is king most high exalted” — a perfect proclamation for Christmas!

On Christmas, we celebrate the arrival of God’s promised Savior in the world.
Print All Text Print All Commentary