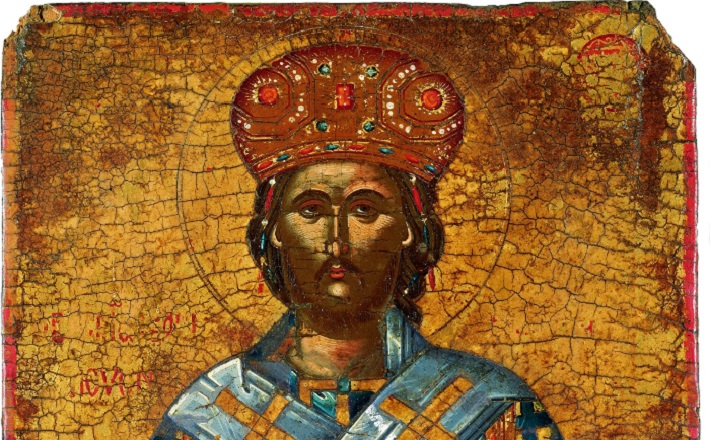 Psalm 93 focuses particularly on God as Creator and Sustainer of the creation. It is a brief psalm with only 5 verses moving through 3 stanzas.

The first stanza declares, “The LORD is king!” and then continues to declare the majesty and strength of God that has firmly established the world for eternity. This fits well with Jesus’ declaration in John that “my kingdom is not of this world.” Indeed, it is God’s kingship that established the world. Pilate was thinking too small when he asked if Jesus was “King of the Jews.” The psalm places the words of Jesus within their greater context, a context that Pilate and the powers of the world cannot see.

The second stanza leaves the realm of humans to remind us that there is more to God’s reign than human issues and concerns. The image in the psalm is intense and frightening. Many of us have seen the devastation brought when the “rivers lift up their pounding waves.” This was a frightening image to the ancients also. The churning waters were the very definition of chaos. In a world gone crazy, it is comforting to realize that even the chaotic waters obey God. Again Pilate did not know what he asked. Read with the enthronement psalms, Pilate’s worldly power as prefect of the Roman Empire seems small indeed in the face of someone that the rivers rise up to praise.

God controls even the most chaotic natural forces on the earth. Yet this does not mean God sends natural disasters. Just as with the rest of the universe, the creation runs by a set of natural laws. Weather changes and earthquakes all function by their own set rules. The problem comes with the growing human population. We no longer are migratory and we live in places that sometimes receives the negative side of that natural order. These disasters are sometimes simply unexplainable and in those cases many reasons are provided, yet we remain unable to completely control the chaotic side of the creation. It appears this is one of the limits that is set for humans in the universe.

The final stanza (verse 5) places God’s decrees as part of God’s vast kingdom. God’s commands and holiness are as constant as the natural order. We do not often think of the decrees of God and the maintaining of creation together. Yet here and in several other psalms, this is exactly what is declared. God decrees that the sun runs its course and God decrees that we should care for the least of the world are linked in God’s kingdom, even if we do not notice it. It takes both decrees to make our world run in the ways God intended. It is the foundation of God’s kingdom.

The whole psalm provides us with a glimpse of the kingdom that the other three texts today point to in different ways. It is not always visible to us, especially when we focus on only human endeavors. On Christ the King Sunday, it is easy to assign these attributes to the Christ as the King and thus ignore our own responsibility. In order to participate in the kingdom, we too are responsible for our part in it. God’s decrees are the equivalent of Jesus’ teachings and his focus on those in need of our help today even includes the very creation itself. What we now know that these ancient folks did not is that we would eventually gain the power not only to hurt the poor of the people but to also inflict harm on the very creation God set in place. Just like Jesus’ declaration to Pilate “My kingdom is not of this world,” we need to be attentive to the kingdom of God that is not always visible to us. We are called to care for the most critical and weak and the creation is now on that list. We must remember that the creation has its own relationship with God and praises God in its way. We have no right to harm that relationship. In this psalm humans and creation join together in praise and we should do everything we can to assure this continues to be possible just as God the Creator and Sustainer of our world intended.

Together the humans as one part of the creation are to join the chorus of shouts “God is King”; let us celebrate God and God’s great kingdom.