Where Have All the Prophets Gone? 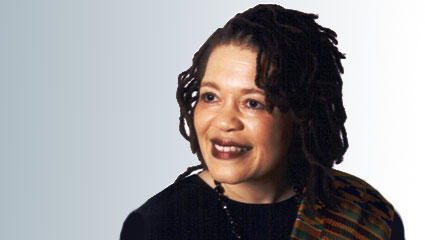 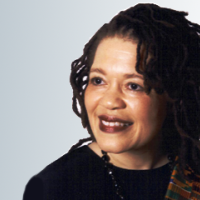 Today, it feels too much like Elijah in the wilderness: “Lord, they have killed your prophets, they have demolished your altars; I alone am left, and they are seeking my life” (Romans 11:3).

I am still reeling from the report of the massacre of the innocents in Afghanistan. The news might have been easier to bear had it just been one isolated incident. But it shares airspace with yet another school shooting, with yet another courthouse shooting and with too many other acts of violence to name. It feels like we are sliding into a moral abyss and I do not know whether to throw myself on the ground in tears or stand on the stump and scream!

My heart aches as I imagine how many minefields some of my colleagues in local congregations will have to tiptoe through in order to provide prophetic commentary on this, or any other, high-profile tragedy. Somewhere along the line, in our national conversations and legislation about the separation of church and state, the preacher’s legal right to make moral commentary on the events of the day became muddied in the backwash!

Subsequently, many pulpits may be silent on the subject of the massacre in Afghanistan for fear of wading into the forbidden waters of politics, or being labeled anti-war, anti-political party, anti-American…. What a sad day for God! And, what dangerous times for the Christian message.

I rub shoulders, regularly, with bedraggled pastors who feel muzzled by their congregations. Years of pressure have convinced many of us that overly bold speech is liable to risk a call (or an appointment) or to risk disfavor with the deep pockets that keep our churches afloat. I have personally been the object of angry glares, unintelligible mumblings from parishioners who “fought in the Big War” clomping, stomping out the church house door because my preaching questioned the validity of the latest “just war.” Sometimes the complaints stop at the door; other times they make it to ears of our supervisors. Our fears are not unfounded.

What would Jesus preach?

How does one compare the knot in the stomach that comes from keeping silent to that which comes from dreading the consequences of breaking that silence?

In this, I can only look to Jesus for resolution. We are heirs to a gospel (read “good news”) birthed during a Roman occupation, delivered to us by an itinerant preacher who did not own his own home, and who did not have a job. Jesus preached the gospel from the down position so that people who are down would be able to look up and know that God understands our pain. This gospel goes beyond empathy to action!

I believe that the parables — rich with familiar symbols and readily accessible comparisons and contrasts — were one of the ways that Jesus chose to live to preach another day. Jesus’ constant appeal to “those who have ears to hear” is a reminder that some of his speech was subtle, but understandable. So subtle that the officials often found themselves confused (or in denial); so accessible that grassroots people knew exactly what Jesus was talking about.

Then, of course, there were those other times in Jesus’ preaching ministry when similes and symbols were set aside for undeniable boldness and clarity.

I remember the advice of seasoned ministers mentoring me through my first ministry appointment: Choose your battles wisely. Decide which issue or principle you are willing to die for.  (I had hoped that they were speaking metaphorically.)

Say what you can say.

Recently, Walter Brueggemann, whom I consider one of this country’s resident prophets, spoke to a roomful of preachers on the topic of prophetic preaching.   First, he acknowledged that our worst critics are often members of the very administrative groups who hold the power to evaluate us or even to have us fired for overly bold speech.  His words were simple but encouraging: Say as much as you dare say at this time, under these circumstances.

Each of us will hear the Spirit’s nudging to action in different ways and will be moved to respond, often to the same issues, with differing levels of intensity. Nevertheless, it is time for us to be delivered from our complicity with silence.

We, collectively, have a part in the moral future of our communities and even our nation. Say as much as you dare say at this time, under these circumstances.

Pray for the wisdom to know when to speak, and how to speak — whether it be with the indirect speech of parables and similes or with the boldness and urgency of an Old Testament prophet.

But something must be said about the widespread cruelty brought to our attention on the evening news. Otherwise, the few children and youth who do come to church may leave with the impression that none of this matters to God.

1“On Appearing before the Authorities,” sermon by Walter Brueggemann at the National Festival of Homiletics, May 18, 2011, Minneapolis, MN.