What Are We Doing for Earth Day? 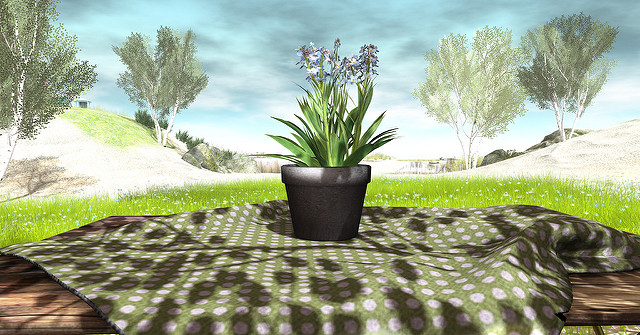 About a decade ago, while teaching an adult Sunday school class, I was pulled up short by this question from a teacher: “What is our church doing for Earth Day?” I referred the question to my husband, the church’s pastor, and he referred it back to me, asking me to preach the church’s first creation care sermon. Out of that sermon came many others, a regular feature in our congregation’s worship. Out of it also developed our whole creation care ministry. Many vital projects can be traced back to this growing concern for earth care:

We became Indiana’s first Presbyterian Earth Care congregation, and are working to become an EPA energy star congregation as well. All this originated from a single person’s asking, “What are we doing for Earth Day?”

Since Easter came early this year, it leaves plenty of time to prepare for preaching and worship centered on creation for Earth Day, Friday, April 22, between two Sundays, April 17 and April 24. If your congregation hasn’t yet built Earth Week into its calendar, this is the year to start. If you have celebrated it before, remember to continue this vital tradition.

Among the many hats I wear is that of program director for Hoosier Interfaith Power & Light in Indiana. As we often have to explain, it’s not a utility company, but an interfaith environmental organization, part of the national movement Interfaith Power & Light, which has chapters in 40 states. (“The Hoosier State,” for those who haven’t heard, is Indiana’s nickname. Don’t ask why — no one seems to know!)

We call ourselves “a faith response to climate change.” The national organization coordinates an annual faith climate action week, which this year falls on April 15-24. They offer resources, supplies, tips for organizing, and the opportunity to list your worship service or event on their website. In addition, Hoosier IPL offers this climate preaching resource based on our statewide workshops for faith leaders, Climate Boot Camp.

Especially since Pope Francis’s encyclical Laudato Si’ appeared last summer, interest in environmental action has been exploding among congregations of all faiths even in conservative Indiana. We can hardly keep up with the demand for workshops, resources, and information. In mid-March, Hoosier IPL hosted a very well-attended statewide gathering called “Interfaith Voices for the Earth: Our Common Home,” featuring a panel of speakers including Hazem Bata, General Secretary of the Islamic Society of North America; Rabbi Paula Winnig, executive director of the Jewish Bureau of Education; and Archbishop Joseph Tobin of Indianapolis, all speaking on their faith’s commitment to environmental healing.

The opportunities for preaching ecologically sustaining sermons from this year’s April lectionary include stories from the book of Acts, which describe fundamental, relatively rapid changes of belief and practice in the years after Jesus’ resurrection, as his disciples reinvented what it meant for them to follow Israel’s God, and who was included. These narratives of bold alterations in early Christianity’s course offer precedent for today’s revolutions:

The Psalms reliably include much discussion of the natural world and of humans’ role in the world:

The book of Revelation poses more challenges for ecological preaching, but some possibilities include these:

Finally, in the gospel of John: