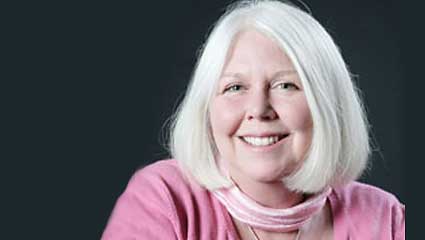 This monthly column will point out environmental dimensions in upcoming lectionary passages and suggest ways to bring God’s creation into our preaching — not just occasionally but throughout the year.

Some churches, by ongoing commitments to earth care, have regained sustaining gratitude for this amazing blue jewel that shelters and feeds us. But the subject of the rest of the universe besides people — the interconnected, interdependent, breathtakingly powerful community of the more-than-human world — still remains outside of most sanctuaries.
Since the Bible swarms with creation’s life, our opportunities to highlight it are many.

For example, Isaiah the prophet, though a city-dweller, often compared Jerusalem’s citizens to trees, grape arbors, and grasses. For him, God was a vinedresser, a cultivator, a sower of seeds. Like many other prophets and poets, and like Jesus centuries later, Isaiah lived much closer to the ground than many of us do today. Scripture’s writers knew — in fact, every generation until ours has known — that we humans, so important to ourselves, are just a fraction of the great community.

Not long ago, other major themes permeating Scripture went unnoticed. Many generations missed the calls to social justice, for instance, but now we perceive how often Scripture insists on care for widows, orphans, and strangers. Perhaps one day soon Christians will become so aware of the rest of Scripture’s teeming world that we’ll wonder how we overlooked it.

One Friday evening I took seminary students to a synagogue so they could hear their hard-learned Hebrew as a living language of praise. Next to me, a young woman wept through the entire Sabbath service. I’ll never forget what she said to me: “I’m fine. No, I’m overwhelmed. It’s like meeting family you never knew you had.” Her revelation has stayed with me as I’ve taken other Christians to synagogues and mosques and temples. Many say that having experienced this wider community, they will never be the same again.

If recognizing our kinship with other worshipping communities moves us, how much more will learning our kinship with a myriad of other creatures with whom we share this world? What will happen when our sensibilities break open, and we meet these neighbors not as objects, not as yard furnishings or pets or protein sources, but as ever so many “thous,” surrounding us so we are never, ever alone?

Here are some opportunities September’s lectionary readings offer for broadening our preaching themes to honor the earth and its other creatures:

Patricia Tull’s monthly column suggests ways to bring God’s creation into your preaching, drawing on the coming month’s lectionary texts. Her hope is that creation in all its splendor — “the great community” — will be remembered in preaching and worship not just occasionally, but throughout the year.