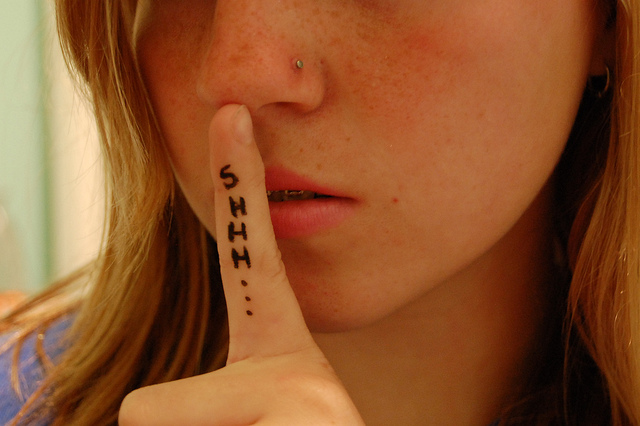 I don’t spend much time preaching about Jesus’ miracles, for one simple reason: Jesus said not to talk about them. In the Gospel of Mark, Jesus repeatedly instructed people not to tell others about the wondrous healing he had done.

Why did Jesus tell people to keep quiet about the miracles?

Perhaps it was because, as evidenced so clearly in our politics and media coverage today, people tend to get blinded by the sensational rather than focus on the substance of the message.

Jesus’s spectacular healing made him immensely popular with the masses. He could use that popularity to gain power and advance his agenda. He could take over the whole world and usher in that long-awaited era of peace and goodwill.

But Jesus did not come into the world to amass power; he came to show that the God’s creation operates not on the basis of power, but love.

His concern that people would hijack his mission and try to make it into a power thing was repeatedly proven valid in the Gospels, time and again.

There was also a practical reason why Jesus was concerned about people focusing too much on his healing skills — it made it all but impossible for him to do his job. He was mobbed by people in search of healing and miracle cures. He was viewed as a one-man free clinic, open 24/7 — first come, first served.

The demands on his time and energy were growing impossible. Jesus would be too exhausted with healing to have much of a chance of proclaiming anything about good news. Yet, when confronted with a need, his compassion took over and he acted in love, without regard to the long-term consequences.

The result was that people crowded around him day and night. They even cut a hole in his roof to get at him. Jesus had to go to the mountains and crisscross the Sea of Galilee to get even a modicum of rest as he proclaimed his message.

The dilemma that Jesus faced was captured in a nutshell in an incident with a leper in Mark 1, who knelt before Jesus and said, “If you choose, you can make me clean.”

Well, yeah, that was true. The question was, should Jesus choose to do so? The healing of a leper would be front-page news. Word gets out about this and Jesus’ life would be a living nightmare. Jesus knew that, but as he always did when confronted by need, Jesus acted in love.

All Jesus can do at this point is try to contain the problems this will create for him. He sternly says to the leper, “You are to tell nobody about this.”

We can imagine the leper made a few half-hearted attempts to keep his promise. But he was so bursting with joy and thanksgiving that he just had to tell what happened. Pretty soon he was trumpeting it all over town.

The result — more trips to the mountains to get away. More sailing back and forth across the Sea of Galilee trying to get a little breathing space from the mobs.

None of it worked. Crowds follow him into the deserted hills, not even bothering to pack food. Again, Jesus had compassion on these hungry people and fed them, knowing that this would only make the situation worse.

Jesus was driven by compassion. That didn’t always make things easy. That seems to be why he tried to limit the damage by sternly warning people not to talk about the miraculous part of what he is doing.

I don’t imagine Jesus really expected the leper or the others who were healed to not tell anyone. That’s asking a lot.

I wonder if what Jesus hoped would happen in his continually telling people not to talk about his miracles was that, even 2000 years later, people would get the idea that the importance of the good news that Jesus brought was not the sensational but the substance.

Perhaps Jesus asked us not to talk about his miracles because he doesn’t want us to get side-tracked onto a dead-end path. A lot of religious folks dwell on Jesus’ spectacular powers and proclaim that these powers are the reason we should believe in Jesus. In other words, follow the hype.

In that environment, it’s easy to miss the fact that the substance of Jesus’ ministry was compassion, not power and spectacle. Compassion is what he wanted people to focus on. That’s what he wants us to focus on.

Demonstrating love may cause problems and headaches for us, as it did for Jesus. But in the long run, love is the only thing that will bring about the reign of God in the world.