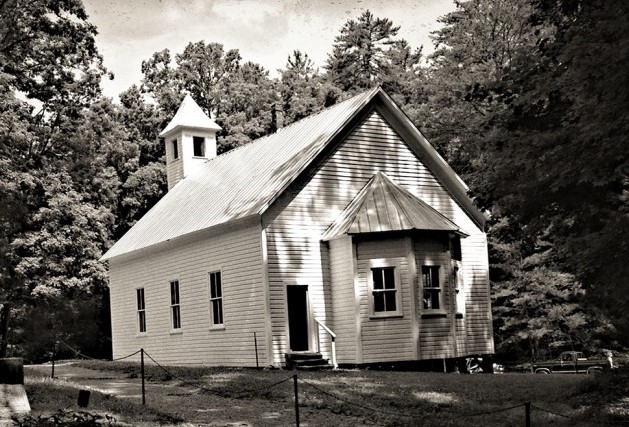 We often give Jesus’ disciples grief for being clueless sidekicks who never seem to get what Jesus is saying. But there was one instance in which the disciples really got it, as opposed to most of us modern Christians who don’t have a clue.

When Jesus revealed a crisis among the group; when he said to them, “One of you is going to betray me,” how did the disciples react? Did they trot out their guesses as to which of their group had messed up? Did they nod knowingly and say, “It’s got to be Peter — he’s always losing his temper.” Or, “Aha, it’s Judas. I knew he was no good.”

No, when Jesus exposed a failure in the kingdom of God, the response was, “Is it I, Lord? Am I the weak link?” The focus was not outward. It was inward.

That is not a modern response. When we see problems arise in our society, how many times is our first reaction, “Is it I? Am I the problem?”

I sat in the pews on the business end of sermons for enough years to feel that sermons that proclaim the welcoming embrace of God’s love are directed to me, while sermons that identify sins and call for repentance are aimed at those slackers who aren’t in church, and who really need to hear this.

We tend to take the same attitude with Bible stories, beginning with Jesus’ debut in his home town.

Jesus was so familiar to the locals that, despite the evidence, they couldn’t picture him as anything special, and so they totally blow him off. Jesus observes that a prophet working in his home town has a really tough gig.

And then comes this fascinating observation: “He could do no mighty work there.”

With whom do we identify in this story?

With Jesus, of course. Certainly not those fat-headed ninnies who have grown so comfortable and familiar with Jesus that they don’t listen to him.

So this passage becomes a manual for culture war between us, the good and faithful believers and them, the sinful, godless unbelievers.

Is the message of this story that we are to draw a line between ourselves and the godless unbelievers and have nothing more to do with them? If we are supposed to identify with Jesus in the story, that likely is the message. But that doesn’t sound like the Gospel.

Which is why I don’t think we are supposed to identify with him.

This is not a Bible passage aimed at that disgusting neighbor who never comes to church and is living a selfish, hedonistic life and really needs to hear this.

This message is aimed at those of us who worship in church. I think we are supposed to echo the disciples and ask, “Is it I, Lord?”

Nazareth was the place where Jesus was best known in the world. He was so familiar that people took him for granted. Because of that, he could do no good work there.

Where is the place where Jesus is best known in our world? Probably a church.

Somewhere along the line, so many in Christian worship have gotten as familiar with Jesus as did the neighbors in Nazareth. Same old Jesus. Been here forever, like an old glove. Same old Bible, same old rituals. (Yawn) We could do the liturgy in our sleep. In fact, sometimes we very nearly do.

It’s like the children’s sermon where the pastor was describing something that was kind of small and gray, with a bushy tail, and liked to climb trees and store nuts. “What am I talking about?” he asked.

One of the children responded, wearily, “Well, it sounds kinda like a squirrel, but I know the answer must be Jesus.”

Has Jesus become the automatic, unthinking, default answer–so routine that we plug that name in without even listening to the question?

We look at that old, familiar presence, and don’t expect anything special. Nothing to stop our decline along with the rest of the churches.

So nothing special happens. Despite the amazing, life-giving, soul-changing power of the Almighty and Loving God at our disposal, nothing much happens.

God can do mighty things. But when we have no faith in the possibility that God will do those things, then God can do no mighty work here. That message is not for the unbeliever; it’s for us.

The story of Jesus starting his ministry is not there to stiffen our resolve against our enemies, to build a wall between us and the bad guys. It reminds us that this congregation is not just a boring place where the same old Jesus hangs around here like an old, comfortable piece of furniture. This is a place where God can do mighty works.

God can do mighty works in a place that takes the Gospel seriously, that steps out of the rut of routine and passive comfort, that takes a fresh look at the message of Jesus, and opens its heart to everyone in God’s creation so that the gospel message of love and hope and healing and forgiveness gushes like a cascading river into a desert world of despair, struggle, pain, and sorrow.

God’s blessings as you engage your congregation in expecting the good things God will make happen.