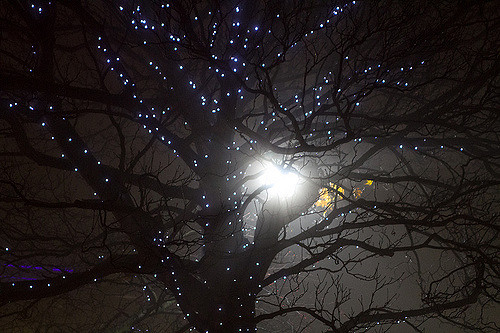 I recently came across a survey asking respondents’ attitudes toward Christmas. The vast majority of those surveyed disagreed with the sentiment that Christmas is “the most wonderful time of the year.” Roughly half gave the equivalent of a shrug, saying that “it’s OK.” More than 20 percent responded that they do not like Christmas, or that they hate it. They actually hate the season of “peace on earth, good will to all.”

I am wondering what this says about the way we proclaim the coming of Immanuel — “God with us.”

Granted, Christians have not always celebrated Christmas in a formal way. As The Man Who Invented Christmas [2017] conveys, our present celebration is largely a product of evolution over the past century and a half, combining the religious with the secular. The church has shown that it can survive without it.

Look at the generosity of spirit that shines during the Christmas season; in the dramatic increase of charitable giving among people of all religions, and no religion. When else do we spend so much time with longstanding traditions and contemplate the mystery of God coming to earth?

What’s not to like about a time when we eagerly give gifts to each other, when widely scattered families make a great effort to gather for this season, and when complete strangers exchange holiday wishes, whether it be “Blessed Christmas, Merry Christmas, or Season’s Greetings?”

Given all the pressures on us, it’s hard to strike the right tone in proclaiming Christmas from a pulpit — especially in view of the fact that Christmas sermons can be some of the hardest to write (how do you preach on this for the 20th time?).

We have no control over what others may do to commercialize or overstress the Christmas season. Pastors know what it is like to be tired and even overwhelmed at Christmas.

But if a pastor gives in to fatigue, routine, and even cynicism on Christmas, we not only waste a great opportunity, but we are likely to contribute to the negative feelings that arise at Christmas.

Christmas is an exciting time. In our present culture, it is a rare forum for proclaiming the love of God, and the making of all things new. God grant all of us the childlike wonder in the Christmas season that will rekindle in others, as well as ourselves, the mystery of Immanuel.

In Nathan Aaseng’s bimonthly Working Preacher column, “Preaching Life,” a writer and preacher reflects on the rhythms of preaching in a parish in central Wisconsin.