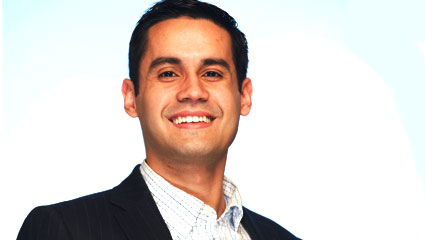 Representing fully one quarter of the New Testament, Luke-Acts is as central to the shape of the NT as any other part of the canon.

These two texts contain teachings and narratives found nowhere else in Scripture. And yet I wonder whether its canonical placement and our interpretive strategies have somewhat misshaped our theological imagination around this two-volume composition.

In our modern canons, Luke is aligned with the other Synoptic witnesses. Acts then follows John as a historical transition from narratives about Jesus’ ministry and resurrection to the letters of Paul. In this arrangement, Luke shares in the common testimony of Jesus’ life while Acts provides a historical framework for the Pauline correspondence.

At the same time, the literary ties so carefully crafted between the Gospel and Acts are lost both because John stands between the two in the canon and also because each volume is oriented around a different body of literature. Luke belongs among the Synoptics; Acts is a prelude to the letters of Paul. That is, Luke and Acts tend to point away from–not towards–each other in our current interpretive efforts.

Moreover, because Acts serves largely as a biblical bridge from the Gospel accounts of Jesus’ life and ministry to Paul’s epistolary instructions, it tends to be a secondary or supportive witness rather than a book deserving of its own interpretation. What if we occasionally read Acts without constantly turning over the pages to the Pauline epistles? What if we occasionally read Luke without constant comparison to Mark and Matthew? I am certainly not advocating that we cease making such comparisons but that they be informed by a deep reading of Acts on its own terms, so to speak.

For these and other reasons, I wonder if our preaching does not bear fully the powerful witness of Acts. As John Chrysostom was already lamenting in the year 400 CE, “To many persons this book is so little know, both it and its author, that they are not even aware that there is such a book in existence. For this reason especially I have taken this narrative for my subject, that I may draw to it such as do not know it, and not let such a treasure as this remain hidden out of sight. For indeed it may profit us no less than even the Gospels; so replete is it with Christian wisdom and sound doctrine, especially in what is said concerning the Holy Ghost” (Homily I on Acts 1:1-2).

To be sure, Acts does make occasional appearances in the lectionary, especially in the seasons of Easter and Pentecost. But beyond these special times, how often does Acts serve as the primary text of our sermons? What if we deliberately read Luke in light of Acts and Acts in light of Luke? What new forms might our proclamation then take?

Much could and has been said about reading and proclaiming Acts. A number of commentaries grapple particularly well with the literary and theological connections tying together Luke-Acts. The work of Beverly Gaventa, Luke Timothy Johnson, and Robert Tannehill are excellent places to start. To their excellent work, let me add just a bit of exegetical and homiletical orientation.

Acts is not mere history written to report like a newspaper the events of those early days of the church. Nor is Acts but an interesting story to divert our attentions from the mundane. Nor is Acts merely a list of theological assertions designed to appeal only to our intellect and volition. Nor is Acts only a prequel to the heights of Paul’s writing. Nor is Acts only a sequel to Luke’s ministry. Acts is history, literature, and theology, to be sure. Yet Acts is also a call to us, to today’s followers of Jesus Christ.

Acts calls us to enter God’s family and to join the work of God in the world. Acts declares that the presence of Jesus and the empowering of the Holy Spirit continue unabated wherever and whenever the disciples of Christ gather. Acts recounts how God gathered a people from the many peoples of the world. Acts narrates how the earliest church dealt with the many diversities of the ancient world. In other words, Acts speaks to many of our contemporary questions through the victories and travails of the earliest church. Yet in the end, God is the character which shines most brightly in Acts. God has acted. God is acting. God will continue to act. That is truly good news, fit to be proclaimed.

I entitled this brief article “Preaching Acts” in order to appeal to the ambiguity of this title. “Preaching Acts” is not just a call to lean more heavily on this stellar theological narrative. It is also a call to consider our weekly work as “acts of preaching” which join those “acts of the apostles” now preserved in 28 chapters. In a sense, we are not just preaching on the text of Acts but preaching into its ongoing witness that the Spirit moves among us still.