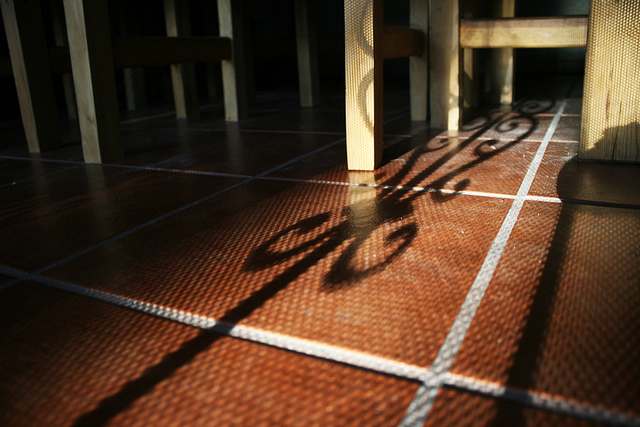 Have you ever had a particular Word of God that has rested innocuously for years in the Bible’s pages suddenly jump up and hit you right between the eyes?

I had that experience recently with 1 Corinthians 1:26, the verse that talks about proclaiming Christ as being foolishness and being a stumbling block to those outside of the church. I’ve understood this verse on an intellectual level, but an e-mail from an admirer caused it to come to life in a way I never expected.

The email graciously complimented my previous career as an author, primarily of nonfiction books. The correspondence asked what I was up to these days. I replied with a brief summary of my move to seminary and my present role as a pastor.

This provoked an impassioned and anguished response from a person who could not fathom why a person would choose to leave such a noble and valuable calling for a highly questionable and relatively useless career. The person, who apparently had a bitter experience with persecution in Germany during World War II, was enraged by the anti-Jewish writing of Martin Luther and was therefore particularly anguished by my association with the Lutheran church.

I made an effort to explain my sense of call to this career and the belief that I was positively impacting the lives of folks in a way that I could not have done in my former profession. It didn’t seem to register. The clear message I received was a profound sadness about the fact that I was throwing away my talent and my life.

I have received similar, although less overt, vibes from those outside the Christian faith who just don’t get why I would make such a strange career move from a rewarding and useful profession into parish ministry of all things. The general drift I get from the nonspiritual is, ironically, that I am wasting my God-given talents.

Paul certainly nailed this one. Yes, this proclamation of the Christian is bewildering stuff to those with no connection to the faith. It makes no sense. It is all superstition and nonsense and pandering to the fears and insecurities of the masses.

Perhaps you have experienced the truth of Paul’s words as strongly as I have. If not, it’s worth knowing that there is a great barrier between what we preach and the mindset of a great number of people in our society.

That does not make secularists the enemy. It doesn’t provide an excuse to ignore them and simply focus one’s efforts for “the flock.” It simply presents the truth that, for much of the world, what we proclaim is utterly foreign.

How do we proceed as preachers in the face of this? Do we, as many confessional Christians insist, just simply proclaim the Gospel, and if they don’t listen, proclaim it again?That would be like speaking English in a foreign country, and if they don’t understand you, keep speaking it until they do.

The message of the Gospel can be understood by the secular world. But the proclaimer must demonstrate three things in order for that to happen:

One more thing: We’ll also need faith strong enough to sustain us when we find ourselves under pressure for wasting our lives.