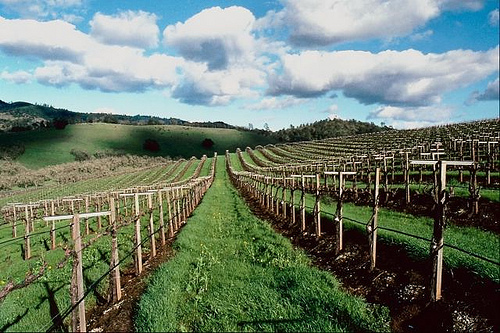 Scripture’s story of Lent begins this year by describing the first human job. March 9th’s reading from Genesis 2 and 3 digests the second creation story very briefly, starting with God’s placing the first human in the garden of Eden.

Modern Bibles translate the human’s purpose in the garden as “to till and keep it” (NRSV), “to till it and tend it” (Tanakh), or “to work it and take care of it.” These do not do justice to the Hebrew. The final verb leshamrah (“to keep, watch, guard”) is translated accurately enough. But the preceding one, le’abdah, when thinned down to “till” or “work,” loses its resonance. Intransitive, this verb can mean “to work.” When transitive, as here, its meaning doesn’t become, as in English, “to work it,” that is, “to make it work.” Rather it means “to serve” the garden of Eden, to “work for” it.

Here the human role is spelled out rather differently from that described in Genesis 1:26-28. God’s command to humans “made in the image of God” to “have dominion,” or to “rule,” over the earth’s other animals, has often been mistaken as the only description of human’s standing in creation, providing justification for humans to do whatever we wish to nature, extracting its resources for gain, polluting land, sea, and air freely. Conversely, the notion of “dominion” in Genesis 1 has been blamed for destructive human greed.

Yet “dominion” is a minority view in Scripture, expressed only in those brief verses and in Psalm 8. Other biblical passages, including Genesis 2, allot humans a humbler position, the job of farming, or grounds-keeping, or guarding.

Genesis 2:15 gives us plenty to preach all by itself. While the story of the garden of Eden has often been explored for what it says about inter-human and human-divine relationships, it actually has a great deal to say about our relationship to the land in which we live.

Tracing the theme of the ground, or land (adamah) from which the human (adam) was made, and which he is to serve, we find that adamah is repeated fourteen times in the course of Genesis 2, 3, and 4.

Second, the humans’ eating the forbidden fruit results in the ground’s becoming “cursed” and weedy, unable to yield its strength (3:17), until the humans return to the ground from which they came (3:19). Nevertheless, outside the garden the vocation of serving the ground persists (3:23).

The story of the next generation, of Cain and Abel, centers on Cain’s farming, his polluting the ground with his brother’s blood, and his alienation from the ground (for adamah, see verses 2, 3, 10, 11, 12, 14).

What does it mean today to describe our vocation as those who “serve and preserve” the ground from which we were taken? Biblical scholar Brigitte Kahl points out that “until you return to the ground” in Genesis 3:19 holds a double meaning: “The text very explicitly talks about a change of direction, for the Hebrew word for return implies also the theological dimension of repentance, turning back to God.”1 The wording implies that one day humans may rethink our actions and return to the ground, to our original vocation to serve the land.

Thus Genesis 2 sets us on a path toward redemption very consistent with the Lenten journey. It points out that humans aren’t just here for ourselves. We are here for the flourishing of life itself. Just as trees do not serve themselves only, but provide clean air, food, shelter, and warmth for other creatures, including us, we too are here to cultivate the living world and aid its flourishing.

Throughout the lectionary in the month of March, the ground and its features, particularly mountains and wilderness, figure prominently, framing many of the passages. While these lectionary passages were not chosen for their natural features, almost every one invokes a natural setting that can be highlighted.

The Old Testament reading on March 9 was treated at length above. Both Psalm 32 and Matt 4:1-11 (cf. Romans 5:12-19) relate wilderness experiences of sin and temptation.

The March 30 readings celebrate God’s care for particular individuals, a care often communicated through the earth’s elements of oil, water, and even mud: for David (1 Samuel 16:1-13); for the man born blind (John 9:1-41); for worshipers who follow God’s leading (Psalm 23; Ephesians 5:8-14).