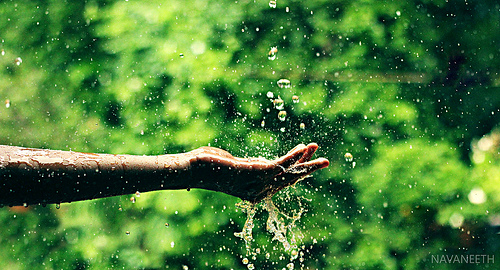 For those of us who snoozed through high school English class decades ago: A brief review of metaphors, and why we who read Scripture care about them. Bear with me.

Metaphors (and similes, which employ “like” or “as”) possess two distinguishable parts. The subject being described through the characteristics of something else is called the “tenor.” The “vehicle” is what the tenor is said to resemble. It drives the subject where it needs to go, so to speak.

Psalm 72 (December 8), for instance, which compares the just ruler (tenor) to “rain that falls on the mown grass” (vehicle), claims that considering rain helps us understand leadership. It asks us to intuit what rain and leadership have in common. This connection is more than mere words can capture, but if we are thinking along the lines of “refreshment, restoration, health,” and not “soggy, ruined picnic,” we are reading the metaphor well.

Why the review? Because metaphorical speech abounds throughout this month’s readings — from people’s streaming upward like an improbable river in Isaiah 2 (December 1) to the long-dead Rachel’s weeping in Matthew 2 (December 29). Sometimes a metaphor can become so commonplace that we overlook the vehicle, and the metaphor dies for us. “Legislative branch,” for instance, originally compared government to a tree, but few people today hear the metaphor. But if allowed to remain alive, such imagery awakens new channels of thinking about old matters.

Metaphors matter deeply because our faith is incarnational. Christianity is not an ethereal, world-denying faith. Rather, because God created all that exists on earth, and because God chose to live among the Israelites, and because “the Word became flesh and lived among us,” living faith values human bodies who inhabit the physical earth, surrounded by other life and dependent on it for own welfare.

So the vehicle must remain alive for us. Without the rain of Psalm 72, we lose a dimension of what wise leadership means. Without Rachel’s passion for her children, the slaughter of the innocents loses its context. If we could not imagine a desert blooming, we might miss the other miracles on earth. Dirt under our fingernails and mud on our boots, signs of living fully and consciously on earth, are — literally, not metaphorically — two key ingredients to reading the Bible well since, even in Advent, Scripture dwells in the realm of what we see and taste here on earth.

Isaiah 2:1-5 describes nations turning war weapons into tools for carrying out the original human vocation to “till and keep” the earth.

Psalm 122 celebrates the physicality of a place on earth, Jerusalem, where heaven and earth meet.

Matthew 24:36-44 counsels doing our work with preparedness at all times, since we do not know when we will be called to account.

Isaiah 11:1-10 describes the hoped-for king of Judah as a young tree rooted in the earth and the awaited future as a time when predation ceases even among animals.

Psalm 72:1-7, 18-19 relates righteous and just rule to fruitful prosperity, a wise king to “rain that falls on mown grass, showers that water the earth.”

Matthew 3:1-12 describes John the Baptist as a wilderness dweller and forager who compares his hearers to trees that must bear good fruit to survive and to wheat and chaff.

Isaiah 35:1-10 (December 15) offers visible hope of redemption: the desert blossoming; the disabled regaining sight, hearing, mobility, and speech; streams breaking out to water the desert; the redeemed returning to Zion. Though these are often taken as metaphors, in contemporary times they should rather remind us of our dependence for our health on the earth’s fertility.

James 5:7-10 (December 15) uses a farmer’s awaiting the growth of field crops as an image of patience for all believers.

Matthew 11:2-11 (December 15) announces to John’s disciples the restoration of the poor and sick, and celebrates John as one greater than those dressed in soft robes.

Isaiah 7:10-16 announces to King Ahaz in the birth of a baby whose name is a sign of hope: “God is with us.” Before this baby understands good from evil, Judah will be saved from danger.

Romans 1:1-7 declares “fleshly” continuity between Jesus and his royal ancestry, reminding readers of the incarnational nature of our faith.

Matthew 1:18-25 tells the story of Jesus’ birth as the new Emmanuel.

The Christmas Eve/Day Psalms offer opportunities to reflect on the cosmos’sparticipation in the incarnation. All are filled with calls to praise God’s role as creator and ruler, calls that extend to all creation: the earth rejoices, the sea roars, and trees joyfully shout (Psalm 96). The coastlands are glad (Psalm 97). The floods clap their hands and the hills sing for joy (Psalm 98). Isaiah 52:7-10, which accompanies Psalm 98, echoes its language, with Jerusalem’s ruins singing praise and all the earth’s ends seeing God’s salvation.

Isaiah 63:7-9 describes God as carrying the people in love and pity all the days of old.

Hebrews 2:10-18 reminds readers of our universal kinship through God.

Matthew 2:13-23 describes the brutal slaughter of the innocents by Herod, reminding us of the dangerous political world with which every religious reformer, including our Savior, contends.