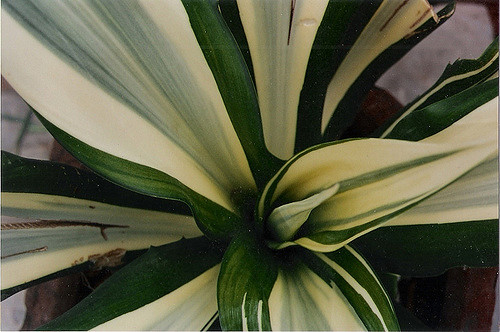 blending wisdom with loveCreative Commons Image by atinirdosh on Flickr.

It’s been almost a year since Laudato Si’ was released, Pope Francis’s monumental encyclical on climate change. Since then, the Pope’s encyclical, and his U.S. visit in September, with his address to Congress, have indeed shifted the debate. He examined climate change from all angles, and addressed not simply Catholics, nor only people of faith, but all the world’s human inhabitants, conferring on this crisis the gravity it deserves.

Several weeks before Laudato Si’ was released, I attended Interfaith Power & Light’s (IPL) annual conference in Washington, D.C. As was customary, we spent our final day on Capital Hill, meeting with staff members of our U.S. senators and representatives. Especially for those of us living in midwest coal country, advocating before politicians who adamantly denied climate change was dispiriting.

But when I returned this May for our pilgrimage to legislative offices, I sensed a quiet shift underway. This year, congressional and senate staffers who previously dismissed climate change were discussing it. Support was expressed for the Green Climate Fund. There was perceptible movement.

It goes back to last September when, coinciding with the Pope’s visit, Republican representative Chris Gibson and ten other Republicans introduced the “Gibson resolution,” acknowledging the reality of climate change and calling for better environmental stewardship. As the New York congressman told a reporter, addressing environmental issues are a core conservative principle. “If conservation isn’t conservative, then words have no meaning at all,” he said.

There is more to the backstory than the news told, we learned at this year’s IPL meeting. It was the Quakers who initiated this. (It’s worth remembering it was also the Quakers who, two centuries ago, led the charge for slavery’s abolition.)

The offices of the Friends Committee on National Legislation (FCNL), the nation’s oldest nonpartisan, ecumenical lobby, stand just across the street from the U.S. senate offices. Emily Wirzba, policy associate for sustainable energy and environment at FCNL, described to us years of effort to find the Republican representative who might introduce a resolution affirming the reality of the climate crisis, before a Quaker in his district, joined by an interfaith, delegation, approached the congressman asking him to sponsor this resolution.

Eleven — and now thirteen — representatives may not seem like enough to shift the conversation. But Ms. Wirzba told us that this move has quietly inaugurated fundamental shifts over the past several months. A bipartisan house solutions caucus has formed, Noah’s ark style — two by two, with equal numbers of Democrats and Republicans. A House Republican energy innovation and environment solutions working group has also begun meeting.

And in late April, Senator Lindsay Graham of South Carolina and nine colleagues introduced an amendment to an appropriations bill. This amendment acknowledges that climate change is real, human-caused, and already affecting the U.S., posing risks to health, security, economy, and infrastructure, and that 180 other countries have committed themselves to reducing greenhouse gas emissions. It proposes that the U.S. become a world leader in addressing climate change, and that Congress take action. This is huge.

I am sometimes asked why churches should involve themselves with the “political” issue of climate change. The crisis has indeed been politicized by those who profit by delaying action. Yet shifting our practices to avoid the worst effects of a disaster already unfolding is at the root an ethical action, not a political one. Our faith compels us to protect the earth and the welfare of those living on it, present and future, and to exercise our citizenship in advocating for measures that will do so.

Back behind the ceaseless noise of the presidential election, history is quietly being made. And people of faith are making it. We are the unexpected visitors amidst a roll call of advocates, articulating values embedded in our faiths, values that affirm our responsibility to tend the earth that God so lovingly created.