God in the Wild 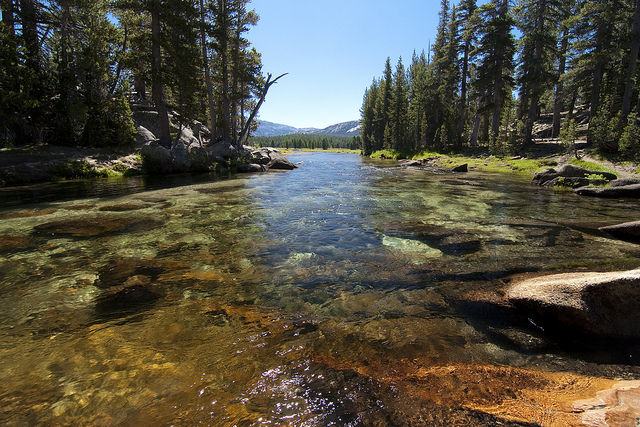 During September, leading up to the Feast Day of St. Francis, a growing number of congregations adopt the alternate lectionary Season of Creation. Next month, Working Preacher will host essays treating Year 1, the Spirit Series of these readings, featuring creation texts from Genesis and Psalms as well as Matthew and other New Testament texts.

Scripture frequents the wilderness. In Matthew 14, in two passages back to back, Jesus prays in eremos topos, literally “a wild place” (as opposed to cultivated or inhabited terrain) after hearing of John’s death (verses 13-21), and later that day again prays alone on a mountain (verses 22-33). Both times he is called out of solitude to tend others’ needs. This word eremos resonates throughout the Gospel, beginning with the wilderness where John preached (Matthew 3:1-3) and where Jesus was tempted (4:1).

Wild places also inhabit biblical poetry. In Isaiah 51:3 (August 24), God is said to comfort the wilderness of Zion, causing it to bloom like Eden. Indeed, the seemingly arid hills between the Mount of Olives and the Dead Sea cause visitors to wonder how the Bedouins’ flocks survive. The ground is so thirsty, and the vegetation so resilient, that even a brief rainfall quickly renews green hillsides, just as the poet described.

Desert spirituality grew from this recognition by biblical prophets, poets, and storytellers of the surprising mystical riches found in wild places seemingly unfriendly to human interests. Before and during Jesus’ time, the Qumran community sought a pure form of Judaism in the Dead Sea wilderness. Beginning in the third century, Saint Anthony of Egypt and other Christian desert fathers and mothers thrived alone in the wild.

Children suffer nature deficit disorder, enjoying little contact with the outdoors, and even less with untamed places. Such alterations mean the disappearance not only of the wildness essential to the human spirit, but also of habitats for birds, butterflies, and mammals. These losses contribute to extinctions, ransacking God’s creation.

Yet, as Jesus knew, in wild places we may hear God in the “sound of sheer silence,” far from civilization’s incessant drumbeat, and find ourselves renewed in landscapes grander, older, and more fascinating than human neighborhoods provide. We can be regenerated in spirit, reminded that life in God’s world offers more than society’s diversions. We can only heal if we are thus healed. We can only think and pray when our souls find quiet. We can only teach if we let ourselves be taught — and, as Jesus’ parables show, the natural world has lesson after lesson for us.

This month’s lectionary offers ecological opportunities particularly in Gospels and Psalms, as well as in some Old Testament readings. Here are select themes for each week in August:

Matthew 14:13-21 (August 3) narrates Jesus’ withdrawal to a wild place, followed by his healing and feeding the crowds who followed him.

Genesis 37:1-4, 12-28 (August 10) tells of Joseph’s brothers casting him in a wilderness pit and then selling him to passing merchants.

1 Kings 19:9-18 (August 10 alt.) portrays Elijah in the wilderness, finding God’s presence not in great wind, nor in earthquake, but in the sound of sheer silence.

Psalm 85:8-13 (August 10 alt.) depicts faithfulness springing from the ground, and righteousness looking down from the sky.

Matthew 14:22-33(August 10) narrates Jesus praying alone in the mountains, and then walking to meet his nervous disciples on the Sea of Galilee.

Genesis 45:1-15 (August 17) tells of Joseph’s reconciliation with his brothers, and his assessment that God sent him to Egypt to preserve their lives during famine.

Exodus 1:8-2:10 (August 24) describes the enslavement of Joseph’s family’s descendants, forced to build grain storage cities, and the birth, hiding on the riverbank, and adoption of Moses.

Psalm 124(August 24) rejoices that God saves from enemies, who are compared with raging floods.

Isaiah 51:1-6 (August 24 alt.) compares the Judeans’ ancestry to a quarry from which they were dug, and describes God as renewing Zion’s wilderness places.

Exodus 3:1-15 (August 31) depicts God’s appearance to Moses in the Horeb wilderness in a flaming bush.

Matthew 16:21-28(August 31) relates Jesus’ saying that those who seek to gain profit in this world risk losing their souls.