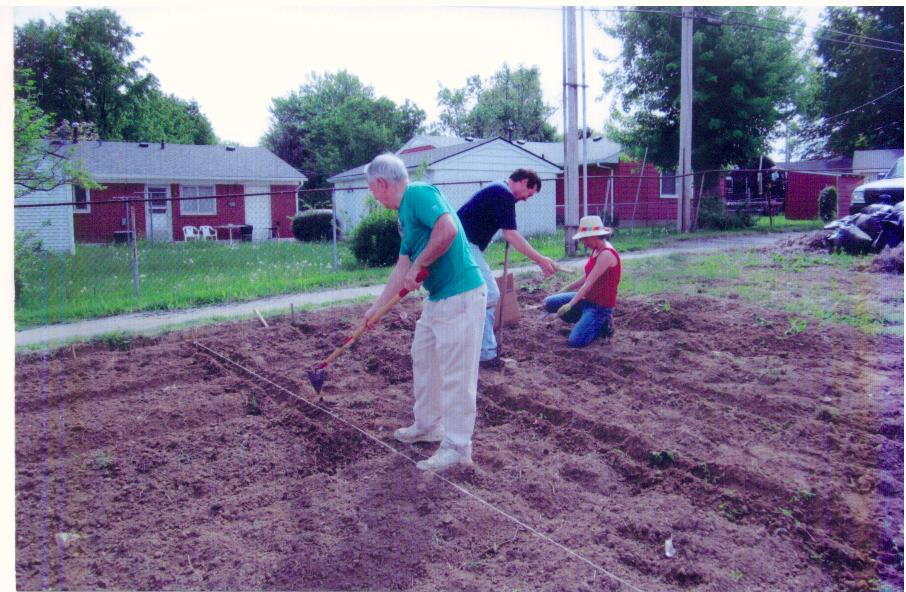 A Look Ahead: During September, leading up to the Feast Day of St. Francis, a growing number of congregations adopt the alternate lectionary Season of Creation. Throughout August, Working Preacher will host essays treating Year 3 Wisdom Series of these readings, featuring creation texts from Job, Proverbs, and Psalms, and passages from Luke and the Epistles. Look for these posts starting Aug. 1 in the Craft of Preaching section.

One Sunday last fall I was preaching for a friend, the Rev. Don Rogers, pastor of Buechel Park Baptist Church in one of Louisville’s near suburbs. The large church sits amidst 1960s homes and apartment buildings with increasing immigrant populations.

After worship, Don showed me the congregation’s latest project: they had tilled a large patch of their spacious grounds to grow vegetables to give to nearby food pantries. That first summer — in the blazing drought of 2012 — volunteers had picked more than half a ton of zucchini, beans, tomatoes, greens, broccoli, and kale, supplying food pantries on both sides of the Ohio River — and then laid plans to double their garden’s size.

Later I contacted Suzanne Shepherd, the retired geographer who had organized the project. She said a recipient of their fresh broccoli had called it a “luxury item” she couldn’t believe she had the good fortune to receive. Suzanne offered numbers: 1261 pounds of produce valued at $1662.90, a 1100 percent return on their $150 outlay. Biblical teaching sown at Buechel Park Church had fallen on good soil, yielding a manifold harvest of team work and generosity.

Suzanne told me that the project was rooted in her own grandmother’s deep, unalleviated poverty during the Depression. “It begins with empathy,” she said. When her pastor had preached, “What is your passion?” the garden sprung up in her imagination.

One day this spring, a Nepali refugee saw the gardeners working. Having spent her prior life raising vegetables, she had found confinement to an American apartment very depressing. The congregation gave her a small plot. She planted it and then began helping the volunteers. Her son thanked them, saying she had finally found hope and home.

Scripture’s many agricultural stories and images resonate with gardeners and farmers. Like the life of faith itself, growing food is not easy work, but it is rewarded by creation’s abundant help — sun, rain, fertile soil, and the seeds themselves, miniscule factories of nourishment and promise — and with bountiful returns in health, grace, and sharing.

So many congregations are surrounded by hunger for spiritual food, and for physical, living food. So many congregations possess the resources — lawns, skilled members, retirees who enjoy conversation and pea-shelling under cool summer trees, hearts warmed by fragrant plants and opportunities to give.
Several passages in August reflect agricultural themes and imagery. Most of these concern social justice as well:

Other passages reveal touches of the natural world:

Finally, the Epistles contrast heaven and earth in a way that must be clarified. They do not disparage God’s good creation, but counsel resistance to social temptation and offer comfort for those persecuted in human society: