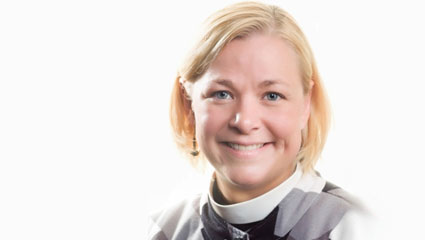 On Memorial Day, my family was chattering together on our deck, enjoying the gorgeous afternoon, when an unexpected guest arrived.

It was a young man who had grown up in our house. His father’s death a few years before had prompted his mother to put the house up for sale, and we purchased it from her. He had been to see his father’s grave and wanted to come back to the house. “I hope you don’t think I’m weird or anything,” he said, “and I don’t want to interrupt your day with your family, but I wondered if I could look around.” I asked if he wanted to be alone, but he said he’d rather have the company.

As we walked through the house together, it became clear that he carried significant sadness and grief with him. He talked about his family and the series of tragedies they had experienced in the past few years, and how those events had brought him back to church. In addition, he remarked about how much the house had changed. “Oh, you moved this around.” “This used to be my room.”

The entire encounter took only twenty minutes, but I’ve thought about him often. The pastor in me knew he was hurting, and I wanted to help him, even though I wasn’t sure what I could say. I’ve wondered about his relationship with his father and how that loss affected him. I’ve wondered what the home felt and sounded like when he was a kid. I’ve thought about what it would be like to return to the home of my childhood, where my parents still live, to find someone else living there. I wondered what he was looking for and if he had found it.

This particular young man resembles many of the people who have come back to my church after an extended absence. Prompted by tragedy or grief, by a sense of duty to their children or parents, by a summer return after a year at school, or perhaps by instincts they don’t understand;, they show up unexpectedly. I wonder about the memories they bring with them, the assumptions and the experiences. I wonder if they feel like they are crashing another family’s holiday. I wonder what they are looking for and if they ever find it.