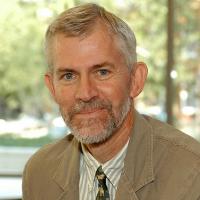 The living ocean drives planetary chemistry, governs climate and weather, and otherwise provides the cornerstone of the life-support system for all creatures on our planet, from deep-sea starfish to desert sagebrush. That’s why the ocean matters. If the sea is sick, we’ll feel it. If it dies, we die. Our future and the state of the oceans are one.

In her book Sea Change: A Message of the Oceans, Sylvia Earle describes how essential the oceans are to life on our planet and how badly we’ve damaged them. The oceans account for 97 percent of the earth’s water and more than 95 percent of the earth’s biosphere, that is, the earth’s living space. We now know that the oceans are where life on our planet began. One important way the oceans continue to make our planet inhabitable is by absorbing roughly one-third of the carbon dioxide emitted by human activity, slowing the buildup of heat-trapping gasses and working against global warming. But as land-dwelling animals, we forget that the earth is primarily a marine habitat.

Due to indifference, ignorance, and greed, we’ve placed our oceans under extreme stress and compromised their ability to sustain a healthy planet. We have overfished them and upset the delicate balance of animal life. We have thrown vast amounts of pollutants and trash into them. And, as the oceans absorb more and more of our excess carbon, they become more acidic and increasingly hostile to the ecology of life they have sustained in the past. Oceans can no longer play the life-giving role they have played in our planet’s ecosystem. And as carbon dioxide builds in the atmosphere and temperatures rise, so will sea levels, directly threatening human communities in their path. “We have the power to damage the sea,” says Earle, “but no sure way to heal the harm.”

Earle suggests that our mistreatment of the oceans may be partly motivated by cultural attitudes and symbols that value what is above us (heaven, our upward journeys, “the sky’s the limit”) and devalue what is below (hell, falling in failure, sinking in despair). In fact, early in our history in the ancient Near Eastern and biblical worlds, the sea was singled out and personified as the primary symbol of chaos and death. In order to create an inhabitable world, God had to subdue the primeval ocean that existed before creation (Genesis 1:2). That’s the reason the author of Job 38 describes God closing the sea behind doors, imposing a limit for it, and stopping its proud waves (verses 8-11). It’s the reason the author of Psalm 104 describes God rebuking the waters, which flee in fear, and then setting a boundary for them so that they don’t flood the earth (verses 6-9).

We now know more about the oceans than our ancestors did, and we must build a new theology and a new ethics about the oceans based on that knowledge. We now know that the sea is not a monster of chaos that threatens our lives but a huge living organism that originated life and that continues to sustain all life on earth. It can no longer be treated as God’s enemy that must be subdued, but it must be treated as a part of God’s creation that gave us life and continues to make life possible for us. And there are, in fact, some resources in the readings for today that provide a starting point for such a “new” theology and a “new” ethics.

The biblical texts for Week 1 of the Season of Creation (called “Ocean Sunday”) also view the sea as a part of the fathomless and wonderful world of creation of which we are a part and on which our life depends:

In Job 38, the sea and the rain clouds formed above it (verses 8-9) are listed together with the reliable earth, the morning stars, and the recurring dawn as essential elements in the great orders of creation.

The psalmist attributes the sea to God’s wisdom, picturing it teeming with the life that continues to surprise and awe modern scientists (Psalm 104:24-25). Sylvia Earle calls the ocean the “Sea of Eden” and details the scientific discoveries that reveal that “the deep sea is a dynamic place, home to complex ecosystems and biological diversity that rival even incredibly rich terrestrial systems.” Any human attitude or act that diminishes this world of life is an act counter to God’s wisdom for the world of creation.

Just as the Old Testament reading and the Psalm do, so does the Gospel reading also present the sea as the source of life. To be clear, the sea in which this story takes place is the Sea of Galilee (Lake Gennesaret in Luke), a freshwater lake, not the ocean itself. But in antiquity, both bodies of water — salt seas and freshwater lakes — were viewed as a part of the same great subterranean reservoir that fed springs, rivers, lakes, and oceans. As we know today, inland lakes and oceans provide many of the same services for a healthy planet. In Luke 5:1-11, the sea provided the great quantities of fish on which the livelihoods and lives of those who lived on its shores depended.

In this story of Jesus calling the disciplies, we are accustomed to viewing the role of the sea as mere background, as the stage on which the human drama of Jesus and the disciples is played out. Fishing for people (Luke 5:10) and securing their spiritual well-being is all the story is really about, we have come to believe. But the Gospel writers did not make the distinction between spiritual and material well-being that we do. For them, Jesus’ ministry was not about an escape from this world but a transformation of it, a world in which all would experience both physical and spiritual wholeness. For such wholeness for those who lived on the Sea of Galilee, a plentiful diet of fish was essential.

Look for commentary by Monica Jyotsna Melanchthon on Season of Creation Week 2, to be posted Aug. 8, 2013.