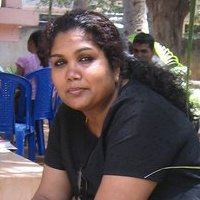 I cannot help but begin this reflection with mention of Fauna, the Roman deity of both the dark mysterious forest and the cultivated fields, whose name is now used to refer to the animal world both wild and tamed. Fauna brings prophecy through dreams and the voices of the wild places. Many of us see the fauna as just “dumb animals” and yet they are prophetic! In a world that is based on the principle of the survival of the fittest, they employ a wisdom that is natural, instinctual, and intuitive, etched into their being.

It is a wisdom that is vital and essential for their survival. The manner in which the fauna live and survive displays also to us something about the Divine — the wise and Creator God, who has bestowed upon them this wisdom. What is the fauna of this world telling us or teaching us? What does the fauna reveal to us about God our Creator? The texts for this Sunday are linked by their attention to fauna, to the rhythms of nature, to divine and human wisdom and the overarching care and concern of God for the cosmos and all of its creatures.

Job 39:1-8, 26-30
In the divine speech of Job 39, God addresses Job calling attention to the wisdom inherent in the mountain goat and the deer and their birthing practice and in the manner in which their young become able to care for themselves (verses 1-4), in the free roaming of the wild ass as it forages for green grass (verses 5-8), in the flight of the hawk to the South (verse 26) and the nesting and preying habits of the eagle (verses 27-29). All this is made possible by the wisdom and command of God.

How does this information answer the query regarding the cause of Job’s suffering? The connection is not immediately apparent but such is the nature of the prophetic. God stirs the imagination of Job through a series of questions, a disputation almost, and equips Job to recognize his own inadequacies and ignorance. In a round-about way, Job becomes aware that the wisdom of God is far from human comprehension. The God who cares for the fauna of this world also cares for Job and is watching over him and it is this wisdom and care of God that unites the fauna and the human being to each other and to God.

Psalm 104:14-23
Psalm 104 is a hymn that calls people to praise God the Creator, but it is also a hymn that affirms the dependence of humanity on creation, which is God’s. In verses 14 and following, the rain that God sends upon the earth provides nourishment for the trees, and makes possible the growth of grass and they in turn offer shelter and food for humanity and cattle respectively. The rain touches the innermost being of humanity and this is reflected in the brightness of a face glistening with oil.

The cosmos and the creatures, the trees, the mountains, the sun and the moon are not to be taken for granted, nor treated or used as if they had no identity and truth of their own. They are all creations of God. The cosmos follows a rhythm of night and day and the lives of God’s creatures, their work and rest are governed by this rhythm.

As human beings we hold multiple relationships to the earth in the shape of food, work, knowledge, contemplation, and gift giving all of which is constitutive of the human being. We are dependent upon the earth and vice versa; hence there is a sense of equality and shared dignity within a cosmic sisterhood and brotherhood and in the fullness of the works of creation, the wisdom of God shines forth.

1 Corinthians 1:10-23
The Corinthian community was divided based on the power and status of the one who baptized them. But Paul reminds the community that irrespective of who baptized them, they were baptized in the name of Christ and none other, and that it is this baptism in Christ which unites them. If they saw themselves as divided, then Christ would also be divided. The minister such as himself was first and foremost called not to baptize but to proclaim the gospel, namely the cross of Christ. The meaning and the power of this cross cannot be measured with human wisdom.

Those who employ wisdom derived from human reasoning or from signs only see it as foolishness or as a stumbling block, when in actuality it represents the saving power of God for all those who believe. The wisdom of God the Creator is radically different from the wisdom of the world; it stands in complete contradistinction to human wisdom; it also resides in the Cross, which makes possible the redemption of all humanity and a right relationship with God.

Luke 12:22-31
The Gospel lesson emphasizes the need for trust and confidence in God’s ability to care for you. If one is seeking proof of God’s care, one needs to only observe the natural world to see how it is attended to by the gracious love and care of God. The examples cited involve creatures that are considered polluting (the raven being a scavenger), powerless, fragile, beautiful (lilies and flowers of the field), fleeting and transient (grass that is alive today and used as fuel the next). These are not necessarily less significant than human beings, although some might think so. The passage instead seeks to highlight the comprehensive nature of God’s love and care.

All creatures are equally important in God’s sight. We are asked not to worry or strive for food and drink but to strive instead for the reign of God. A community that is characterized by the reign of God — justice, equality, peace, love — will also ensure the equitable sharing of life’s essentials, erasing worry and anxiety about food, drink, or clothing.

The observation of the fauna of this world will teach us much about the wonder of God’s creation and impress upon us the wisdom enshrined in the mysterious and awesome workings of the natural world. It is that very same wisdom that also oversees human beings. It is essential that we recognize our “creatureliness” and the inextricable link we share with the rest of the earth and its creatures. We are called to be sensitive to and live in sync with the prophetic wisdom of the fauna and the earth and discern within such life the wisdom of God.

Look for commentary by Stanley Saunders on Storm Sunday (Season of Creation Week 3) to be posted Aug. 15, 2013.