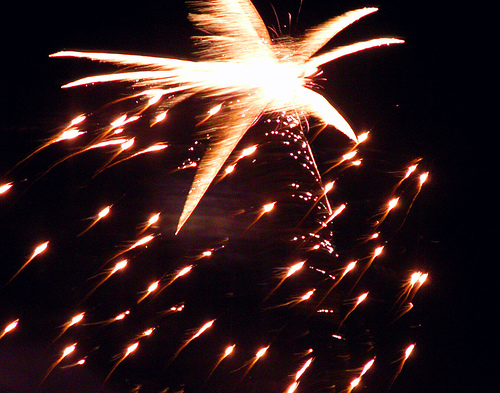 Speaking of Epiphany itself, Augustine preached, “The one who altered the route taken by the Magi now also changes the lives of sinners. It is his manifestation in the flesh — called “Epiphany” in Greek — that all those who have been ‘justified in the Spirit’ [1 Cor. 11:29] are today celebrating…”1

This year, the church has five Sundays plus Transfiguration Sunday to hear more about the identity of the one who transforms lives. (There can be as many as eight Sundays after Epiphany, depending on the date of Easter and, therefore, of Ash Wednesday.) Those Sundays offer narrative and imagery that deepens, week after week, the revelation of who justifies us.

We refer to this time no longer as the Epiphany Season. Epiphany itself, January 6, is ripe with potential for altering our view of who Jesus is and, as a result, who we have come to be. On that day, the church has celebrated the revelation of Jesus by focusing on his birth or his baptism or the coming of the magi throughout the ages and in different places. It might be tempting to disparage the conflicting points of view on the Epiphany, but let it reside in your community as the beginning of the revealing.

Jesus was born and, as a baby, stood as a threat to the powerful and mighty. Who he was in reality, however, resided at his birth in Mary’s “pondering” and in her having heard the name of her son. It is Epiphany that gives to the rest of us a glimpse of the one who alters routes taken.

The Time after Epiphany, then, unfurls for worshipping communities the identity of Jesus’ own self. Who is he? During this season, we hear that Jesus was baptized, that he transformed water into wine, was anointed by the word of YHWH which he read in the temple, that he told the truth (and his own people wanted to kill him right away for it), had power over nature or perhaps the power to know nature so well that his friends could catch a lot of fish, and finally that he appeared as a blinding vision, in league with the great prophets of the Hebrew people, Moses and Elijah. From divergent angles and in larger and larger scope, these stories show us Jesus in the way of the old image of the text being rotated like a gem, light showing up its facets, as the preacher turns it.

Along with stories, we hear images of Jesus that arise from within the narratives and stand as symbols and lenses through which to know him. He is revealed through water; wine; anointing; prophecy; teaching; and light. On the first Sunday and on Transfiguration, the voice of God booms from the heavens: “This is my Son…” The Son is first called “the Beloved”; on the last Sunday, the voice commands us, “listen to him.” Slowly over these weeks, a portrait has been building, a sort of bridge between Jesus’ birth and the time of Lent when we move inexorably closer to the reality of his death.

The portrait being built during the Time after Epiphany tells us why this story of Jesus is the core of our lives and of all heaven and Earth. Jesus is the Son who reveals truth about us and our world, has power over nature (yet does not intervene to fix all things), and who, in the end, stands in utter light, on a mountain, the high place where, like Peter, we want to set the glory in stone rather than letting it shine into us to change us and finally change the world.

Time after Epiphany is precious. The preaching must explore this revelation of Jesus’ identity to open up the vision, examine the mystery, let the mystery feed the assembly, let wonder arise. And chiefly, the preaching must help people see the work of Jesus’ transforming presence as it is already occurring in their own neighborhood, in the city, state, nation, in rural towns, in families, and in individuals. The preacher’s job is to make as palpable as possible this miraculous and unbelievable revelation through which all things are made new.

The first readings can be very helpful in this task, because their stories and speeches coincide so tightly with the Gospel texts. On the Sunday of Jesus’ baptism, we hear from Isaiah that God will gather the people. The Cana wedding Sunday gives us also the Lord’s delight in Israel. When Jesus reads in the temple from Isaiah, the people are calling Nehemiah to open the book in their midst. On the fourth Sunday, as Jesus is threatened in his hometown, Jeremiah hears that the Lord knew him from before he was born. As the fishers catch a huge haul, we see in Isaiah the throne of God and the burning coal that cleanses the prophet’s lips. It may be fruitful to think in terms of divine power both at work within and at work from outside (even against) the laws of nature.

The incarnation itself is the image of God’s incomprehensible strength. And finally, on the Sunday of Transfiguration, we hear of two mountains holding images of beauty: Jesus shining with two great prophets and Moses shining as he meets with God.