For the Life of the World: Season of Creation Week 4 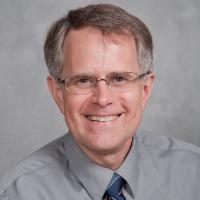 Wisdom delights in the world; creation gives praise to God; Christ reconciles all things; and living bread is given “for the life of the world.” All the readings for this Sunday share something in common. Play, praise, peace, and provision: each has its cosmic breadth.

Proverbs 8:22-31
Proverbs portrays Wisdom as a powerfully feminine figure whose commanding presence arouses desire and imparts, yes, wisdom. Her first speech in Proverbs is a harsh wake-up call, a sort of prophetic word of judgment against those who would reject her counsel (1:20-33). In chapter 8, Wisdom highlights her benefits and describes her place in the order of creation: she is cosmically preeminent, having been “created” prior to everything else (8:22-23).

In her “I”-witness account of creation, Wisdom presents herself as God’s only begotten daughter: she is woven in the womb (verse 23), is given birth (verse 24-25), and bears witness to God’s work of creation (verse 30). God fashions stable cosmos in which child Wisdom can freely frolic. Wisdom is “de-light” of the world; creation is her playhouse. Wisdom’s play, in fact, serves double duty: she is both the object of God’s joy and the world’s partner in play. It is her play that binds both Creator and creation together.

Psalm 148
In the Psalm, we seamlessly move from play to praise. Psalm 148 is a cosmic roll call of praise. The catchy song “All God’s Creatures Got a Place in the Choir” (by Bill Staines) cleverly captures the psalm’s inclusive reach. The psalm progresses from the top down: first the heavenly beings are summoned to praise, then all creatures of the earth, from “flying birds” and “creeping things” to even the “sea monsters.” All have their place of praise in God’s good creation.

Finally, human beings take their rightful place in the cosmic choir, young and old, men and women, princes and kings. The way that each creature renders praise, however, is markedly different and yet equally affirmed; there is no set formula for praise that cuts across all species. Proper praise is fitting not just for God but also for the creature who gives it, praise matched with the peculiar nature of each species: the songs of birds and humpback whales, roaring lions and growling bears, all praising God, whose glory is “above earth and heaven” (verse 13).

But how do “fruit trees” and “all hills” render praise to God? In Isaiah, the trees are said to “clap their hands” and the mountains and hills to “burst into song” (55:12). Can the sky and wind give praise to God too? Yes, indeed! The psalm calls us to behold anew creation’s praise of God with all of our senses. In fact, the psalm designates humanity’s role as that of summoning all creation to give praise to God; it is a human speaker, after all, who issues the initial command “Praise the Lord,” or in Hebrew, haleluyah!

Read with Genesis 1, Psalm 148 casts human stewardship in a radically new way: human “dominion” in creation has all to do with ensuring creation’s unfettered praise to God. We are the conductor of God’s cosmic symphony. Can a smoggy sky adequately give praise? Can polluted streams gurgle with praise to God? Can cedars slated for the paper mill “clap their hands” in joy? The very first command of the psalm makes clear that humanity’s role in creation is to sustain God’s ecology of praise.

Colossians 1:15-20
Another hymn of cosmic praise is found quoted in Colossians. In fact, the most frequently repeated (and perhaps most important) word is pan, Greek for “all” or “everything.” It appears eight times in this compact passage, and it says it all. Christ, “the firstborn of all creation,” is the one in whom “all things have been created,” the one in whom “all things hold together” (1:15, 16, 17). Christ is “before all things” (verse 17). Such language echoes that of Wisdom in Proverbs 8, who professes her preeminence before the rest of creation (Proverbs 8:22-23).

Like Wisdom’s delight in the world, God takes pleasure in reconciling “all things” through Christ, “by making peace through the blood of his cross” (Colossians 1:20). The Colossians hymn clearly draws from the Wisdom poem, claiming that the cosmic Christ is Wisdom incarnate. But there is one striking difference between Wisdom in Proverbs and Christ in Colossians: Christ suffers death. He has his cross to bear for the sake of the world. Whatever one may think about the nature of Christ’s atoning work on the cross, be it substitutionary or moral influence or ransom theory, this ancient hymn claims atonement as having the purpose of peacemaking and reconciliation. Call it “solidarity atonement.”

The hymn also makes clear that death is not Christ’s final fate. As the “firstborn from the dead,” Christ is resurrected, and his resurrection anticipates resurrection for many. Indeed, if “all things” were made through Christ, then Christ’s resurrection marks the beginning of the new creation, the world’s resurrection!

Look for the series finale, a commentary on the Feast Day of St. Francis by Patricia Tull, to be posted Aug. 29, 2013.