Preaching Moment 329: Michael Curry on the Courage to Preach 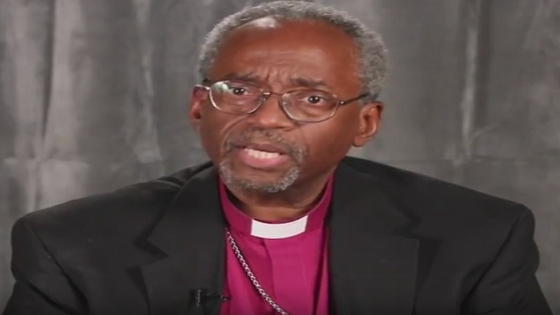 Michael Curry, presiding bishop of the Episcopal Church, gives advise to preachers who may feel discouraged to preach because of their inadequacies. No matter the challenges and the weaknesses one may be faced with, says Curry, “Courage to preach is in spite of our own failings, and our own mortality, and sinfulness, and perceived inability, and perceived lack of gifts, or whatever our shortcomings, whatever we think they are, or whatever they may be, it is the courage to stand up and declare that there really is a word from the Lord.”

“On a personal level, it is the courage to overcoming some of our own fears and anxieties, not in an unhealthy ways but in healthy ways. … Courage is being able to bear a message that is profoundly counter-cultural, that is sometimes contrary to the evidence to stand up and declare that love is the only way to declare peace in the midst of war, to declare compassion in  the midst of consumerism. That is where the rubber meets the road.”

Finally he adds, “Ours is an intrinsically counter-cultural gospel because it is about following Jesus and not about following the world. And preaching is about summoning somehow the courage to say that and and mean it.”