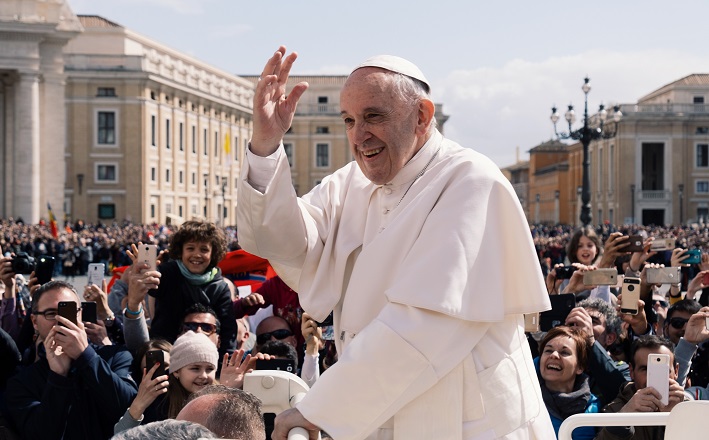 Photo by Ashwin Vaswani on Unsplash; licensed under CC0. 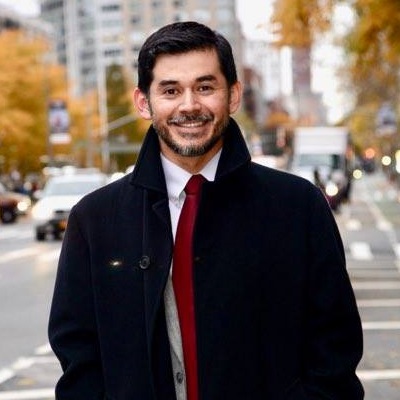 The social poet “creates hope where there appears to be only waste and exclusion,” bears dreams in community, and creatively imagines new ways of organizing together in history.
These are some of the ways that Pope Francis speaks of “social poets” in his 2021 message to Popular/Social Movements, a text delivered Oct. 16, 2021, that effectively commissions as disciples the grassroot global communities whom Francis not only loves, but in whom he sees the possibility for a new humanity.
One cannot help but hear echoes of Oscar Romero’s final homilies in El Salvador, that great preacher who denounced and announced from the altar, and for whom history was the reality in which Christ continued to become incarnate in every struggle for life and against death. In fact, some of Francis’ declarations are reminiscent of Romero’s iconic words on March 23, 1980, when “in the name of God” Romero begged, beseeched, and ultimately ordered the military in El Salvador to stop the repression.

Francis issues a series of nine direct statements to global corporations, governments, and to all who effectively benefit from the life and death of millions, asking them to cease their own violent exploitation of humanity.

Although Francis calls himself a “pedigüeño,” someone who keeps on begging or pestering, his asks bear the spirit of denouncement.

Romero’s ask, and then order to soldiers on that March 23, 1980, homily sealed his fate, and he was assassinated the next day, becoming one more martyr and cadaver that even in death continued to communicate truth.

In Francis’ message, there are moments that read like a goodbye letter. Perhaps it reflects his knowledge and intuition of the dangers that come with the proclamation of truth in a world where lying and post-truth has become a way of living.

Francis ends his heartfelt message with reference to Jesus’ own words to his disciples—“I will be with you always” (Matthew 28:20)—and similarly, Francis says to his social poets—to all those who regardless of faith tradition or no faith tradition dedicate their lives to eradicating systems of death—“in this moment of my life, I want to tell you also that I will be with you.” He thanks them for allowing him to dream with them what we could call the dreams of God.

If to preach is to proclaim the living Word of God who continues to take flesh in history, then anyone who attempts to preach must first discern where the presence of God is particularly manifest in their time. But this discernment does not take place in isolation, but through community, in the midst of struggles for life. It is there that the creative Spirit of God reveals what is new, what is becoming, and what must be transformed so that any proclamation is in fact of the living Word and not of a dead message that long ago ceased mediating an encounter with life.

It is not a given that preachers are social poets, quite the opposite; preachers have the difficult but holy invitation to become social poets, to bear the dreams of the poor and the dreams of God with the people of God. The social poetry of preachers must arise from the joys and laments of those who have made the streets their home as they protest racism, patriarchy, and all forms of social injustice.

Francis names these resisters of death, such as the Black Lives Matters movement, a “Collective Samaritan,” for their witness gathers the wounded and dead who have been left along the winding road of histories of plunder.

Preachers who become social poets will journey with the movements, letting the Spirit of each movement speak in unexpected tongues, with myriad accents, as it and they become present and manifest in the sacrament of song and dance that births new liturgies into existence.

The preacher as social poet will make the church the site of protest, the place of denunciation, the people of annunciation. The preacher will become a midwife to new movements of the Spirit, serving as a rearguard who makes sure that no one is left vulnerable to the predations of those who seek to buy the Spirit of the church and the life of the movement. Those who capitalize from keeping faith and the church privatized, spiritualized, tranquilized.

In the words of Francis, “let us ask God to pour out His blessings on our dreams,” that we may serve as poets of a new world, preaching the messages inscribed on broken sidewalks, on borders, on walls, and on all those places where there is a confrontation between what is and what ought to be. Then, those who proclaim will have also become disciples who “create, compose, venture, and risk” in community and communion with God.