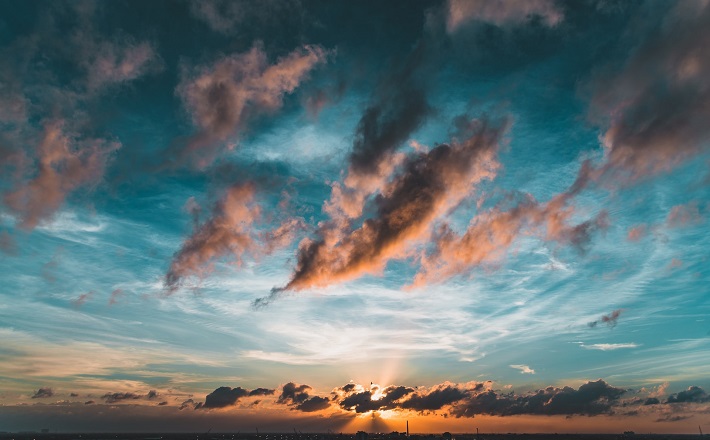 Photo by Pranav Nahata on Unsplash; licensed under CC0.

The long career of environmental lawyer James Gustave Speth has taken him into governmental and intergovernmental leadership, academia, and many years of nonprofit environmental advocacy. His newest book, They Knew: The US Government’s Fifty-Year Role in Causing the Climate Crisis, is titled in quite a different key from that of the book he published with UCC minister Peter Denton last year, Imagine a Joyful Economy.

Juxtaposed, these titles articulate two paradoxical, but complementary, frames of mind environmental advocates experience. On the one hand, those who care for creation feel grieved and outraged over the people and powers that are propelling the world toward a diminished future. On the other hand, with prophetic vision we can imagine a healthy and hopeful alternative future, one that gives priority to “people, place, and planet” instead of “profit, production, and power.”1

Two paradoxical, complementary frames of mind characterize much of Scripture as well. Joyful psalms such as 146 (Ordinary 32B) and 148 (Christmas 1C) portray a cosmos ruled by God, who provides shelter, family, food, and freedom. Even psalms of lament are well known not only to complain of present circumstances and their causes, but to envision healing and redemption. Likewise, when biblical prophets criticized their societies, they were not being vindictive, but rather, pointing toward an alternative future that they believed God wanted for Israel, one characterized by peace and wellbeing.

Faith offers this gift of imagined worlds. The prophets and psalmists placed all that happened around them in an earthly sphere that was secondary, at most, to their belief in a God whose plan ultimately rules creation, both natural and social. Chaos and chaotic seas often stood as metaphors for hostile human powers. Psalm 93 (Christ the King / Reign of Christ B) and other passages describe God’s reign above the tumult of such seas. Though “the floods lift up their roaring,” God stands majestic over these waves.

Jesus, similarly, anchored his visions of the divine structure reigning beyond the reach of human empire as “the kingdom of God” or, in Matthew’s gospel, “the kingdom of heaven.” He spoke eloquently of this realm’s nearness to children (Mark 10:14-15), religious seekers (Matthew 4:17; Mark 12:34), the poor (Luke 6:20), and the persecuted (Matthew 5:10), a realm growing from a mustard seed to a great tree, nurturing all around (Matthew 13:31), yeast that leavens the whole loaf (Matthew 13:33). People of faith recognize what it means to maintain citizenship not only in this-worldly nations, but also in the cosmos God intends, an earth set right for “people, place, and planet.” As long as structures of greed and wealth constrain our choices, we are not entirely free to live as if the renewed future has already come. But insofar as we can choose, insofar as we can envision and articulate that future, we can lean into it.