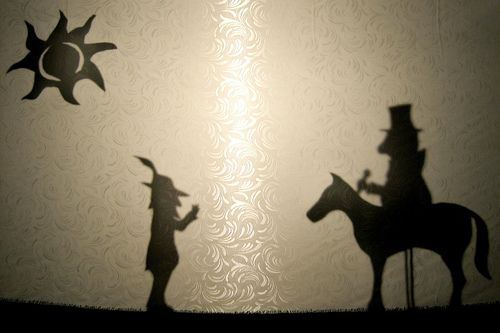 Research has found that we remember less than 10% of the unsupported spoken word.

Yet, Sunday after Sunday pastors stand behind pulpits and employ this weakest of communication vehicles. No wonder few church attenders could answer “yes” to the title of this article!

Wouldn’t you like to know that the days you spend in sermon preparation would find a long-term place in your listener’s memory? Your message can be remembered.

Visualization
Pete Ward, pastor of a church in England that began a successful new worship service for 18-25 year olds, describes their creative use of images: “With a large white sheet and an LCD projector we achieve spectacular visual effects. A picture that is twenty feet high has an amazing impact. We use a software program to create a sequence of pictures that change throughout the service. Suddenly the visual arts become a responsive, interactive part of our worship.”

An image projector, PowerPoint software, and a remote advance unit should be as common in your worship center as a pulpit and microphone. When used effectively, visual images will greatly enhance retention. Use visuals to outline your sermon, illustrate scripture, show church ministries in action, and introduce purposeful cartoons. For additional visual stimuli, include a handout in the bulletin for members to follow along and fill in the blanks. Rather than just hearing your point, they are now hearing, seeing, and writing it!

The most common use of drama is a 3-5 minute illustration of a key issue related to the sermon. The most complimentary role of drama is to illustrate a problem to which the sermon provides the solution. You may wish to purchase scripts written by professional playwrights. After a few years, however, most churches find that the drama sketches they write themselves are more appropriate for the message they wish to communicate.

Story Telling
Jesus, of course, was a master storyteller. He knew the indelible place in one’s memory that is created by a simple, well-told story. “Storytelling creates community,” says Thomas Boomershire. “People who tell each other stories become friends … and the deeper the meaning of the story, the deeper the relationships that are formed by the story.”

Puppets
Jim Tippens, pastor of a Church in South Carolina recalls a service in his church a few years ago: “Suddenly, coming up from behind a railing to the front of the church, the congregation saw an orange head with a green nose and blue hair. It had the high voice of a child. Every eye in the sanctuary focused on this amazing sight. As the creature began to talk, the congregation became silent. Smiles broke out on people’s faces, I could tell that every word was being soaked up.”

Puppets capture the imagination and childlike innocence in everyone. Puppets can personalize and communicate with people in a way humans cannot. Whereas, people are often judged on their appearance, their manner, or their body language, puppets are immediately accepted. Puppets can easily get the attention of sleepy headed children and talkative adults. Puppets can teach moral and spiritual lessons in ways that no human can. Creatively integrated into your message, these miniature marvels can make your message stick like glue!

A pastor friend recently preached a sermon on why bad things happen to good people. He had asked a member of the church to consider his feelings on what life had been like in the last year since being diagnosed with cancer. On Sunday, during his sermon, the pastor invited the man to join him at the front of the sanctuary for a candid conversation on the topic. The man’s clear and heartfelt testimony made the sermon sing with reality.

Conclusion?
Remember that unsupported spoken words are the least effective carrier of your message. Enhance your message with multi-sensory redundancy and you will find far more people answering “yes” to the question “Remember the pastor’s message three weeks ago?”