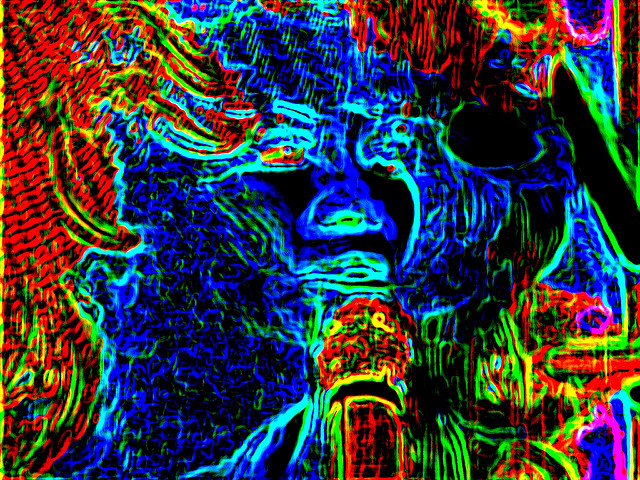 Preacher Woman, Take 2. Image by Jan Tik via Flicker, licensed under CC BY 2.0.

When the news broke that my Baptist seminary would be hosting a lecture by a religious leader known for his opposition to women in ministry, I chose not to care. In the era of Trump, a woman only has so much energy to give. You have to choose your battles when every news cycle brings a fresh battle. In this case, I was tired. I heard about the upcoming lecture. I chose to look the other way.

Then one day within the span of minutes, multiple friends — including congregants — contacted me to express their pain and frustration about the rampant favoritism the church continues to show white, straight men. They were talking about the upcoming lecture specifically. But it wasn’t just that. It was all the voices who have been denied access to the pulpit through the years.

It was the polite asking for equal representation and the lack of response. It was the sexual assault plaguing our campuses and the sexual harassment plaguing women everywhere, especially in the church. It was the centuries-old suppression of women that continues to manifest itself in more nuanced and sophisticated ways and is all the more maddening because the men who perpetuate it claim to be innocent and do not listen (another act of suppression) when women come forward and share their experience.

I didn’t want to care this time. I was too tired from caring so much all my life. But when I hear from people in pain, I am often irresistibly a doer, as is my comrade in feminist work, Natalie Webb, and within an hour we’d planned and designed a counter-event to the lecture, aimed at fully empowering and encouraging the clergy women who felt sidelined by the very institution that had loved and supported them into being.

It came to pass that the seminary canceled their sponsorship of the lecture, but we decided to plan and host our empowerment event anyway because the times were clear — women needed a new space.

Our plans grew into a two-day preaching event designed and led by women. Men were welcome in the space, but for once, women held the stage. We named it, “Unauthorized: Nevertheless She Preached,” a title that resonated with women across the nation and across denominations. We saw it as an outward sign and symbol that women desperately needed a place to be fully seen and heard, and that we were not getting that support out in the world — not consistently, not enough, not in our churches, not even in our seminaries. It wasn’t an act of hostility but an act of truth-telling, of saying, “We are here and we will take up our space.” It was of course a challenge to the status quo, because the status quo doesn’t deserve serenity just because it is the status quo. If seminary taught us anything, it taught us to use our intellect in service of the good news, and if Jesus taught us anything he demonstrated that sometimes good news unsettles things as they are.

So we got busy enacting the reality we already knew to be true — God has called and gifted women, and we were never, ever meant to be silenced or repressed. I would say God has called us equally to men, but because of our experience on the margins, it’s probable women intuitively understand more about the Gospel than the average man.

We created our preaching event out of the sense that we were not the only women who felt unheard and unseen, who needed a word of sincere and unmitigated acknowledgment. We weren’t the only denomination still struggling to give women a place at the table.

We greatly underestimated how right we were. Our Nevertheless She Preached t-shirts sold like hot cakes across the country. Within five weeks we developed a major ecumenical conference with nine keynote speakers and over 200 registered participants. We raised over $20,000 in five weeks with an average donation of $25-50. We featured a wide diversity of women’s voices and women’s experiences.

Our suspicions were quickly and overwhelmingly confirmed — women needed their voices, their reality, their calling, and their preaching acknowledged, fully and unreservedly. In the beginning, we didn’t know if the event would take off, or even if we’d be able to raise any money. We invited the most dynamic and diverse speakers we could imagine, and we invited them to speak at our event with only five weeks notice and the measly promise that we would “pay them if we could.” We were blown away by the number of respondents who voiced a wholehearted, unreserved “Yes!” We had to keep expanding the schedule to accommodate all the incredible voices. For us this shattered forever the myth we had been told all our life — that there weren’t more women on the program or in leadership because there just weren’t enough women to call upon.

When the event came, we were not disappointed. Every lecture, every sermon, every word was dynamite. The energy in the room was palpable, and so was the Holy Spirit, and so was the freedom, and so was the affirmation. It was like setting a caged thing free and together we soared.

In the end, we could pay our speakers, thanks to overwhelming financial support from hundreds of small donations. One of our speakers wrote us afterwards to say, “I want you two to know this is the best I’ve ever been paid for speaking at a conference, and also the best I’ve been treated AND the best time I’ve had. You knocked this out of the park. Thank you so, so much.”

The whole thing was a like a dream. The myth of our isolation was over, and we were more clear-eyed than ever that the patriarchy had been keeping women apart from each other. Look what we could do when we come together and don’t wait on institutional backing to do it.

I sometimes wonder what it is like to preach — to feel called to preach — when you’ve never known the experience of repeated suppression. What does that person have to preach about? So much of my preaching is informed by the ways my small experiences with oppression have opened my eyes to oppression everywhere. Through reading the Bible and through the people in my life, I’ve been introduced to Christ as liberator and God as one who cares, who listens when people cry.

I ask: If you have access to a pulpit, who are you going to share it with in 2018? Who will you be inviting to the table? How will your speaking reflect deep listening? How will your pulpit shatter the myth of isolation and bring into blessed community those who are truly longing for a word of hope, of affirmation, and of belonging?

In Kyndall Rothaus’ occasional Working Preacher column, “Authentic Preaching,” she explores how to cultivate one’s voice, to trust that voice as enough, and to bring one’s authentic, vulnerable self into the pulpit in appropriate ways.