iPreach: How the Apple Watch Could Revolutionize Sermon Development 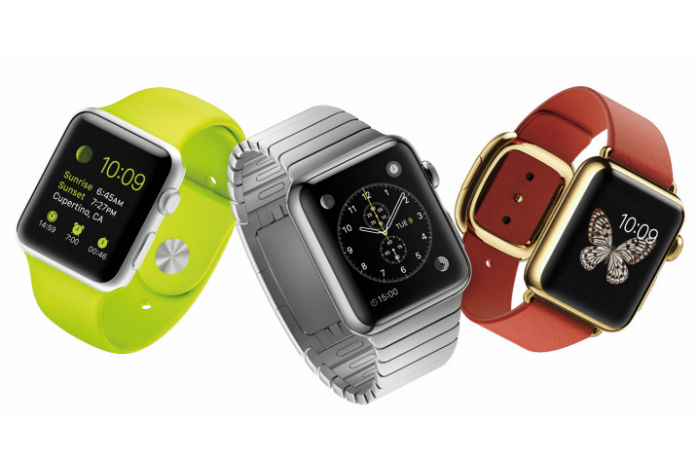 Sermon development takes place somewhere in-between passivity and activity. What I mean by this is that there are times when I sit down to work on a sermon, times I set aside for prayer, reflection, and study in the service of gospel proclamation. In another sense, biblical and sermonic insights have a way of sneaking up on me when I least expect them to. Sometimes I have to stop what I’m doing, grab a pen, and jot down these sermonic epiphanies before they dissipate into the ether of my neural networks.

I’m still old school when it comes to sermon development: give me a nice pen and a sheet of paper and I’m good to go. But what if technology could help with the sermon development process? What if, rather than setting aside time for sermon prep, my watch could aid my homiletical endeavors? We may not be far away from seeing this hypothetical become a reality.

Earlier this month, Apple’s CEO Tim Cook unveiled “one more thing” to those raucous Mac-o-philes in attendance: the Apple Watch. The company describes the Apple Watch as its “most personal device ever.” Not only can it deliver information much like the iPhone, but it also collects information from the wearer, including the wearer’s heartbeat.

The watch features a touch screen, but it also detects pressure — so you can press it, too. Apple said the watch can be used as a “comprehensive fitness device” and will work only in tandem with the iPhone 5 and 6 models. It makes calls like a phone. It handles text messages and emails.

The watch is particularly centered on health and fitness, tracking things such as heart rate, activity, distance covered, and calories burned. The watch will also include several apps created specifically for the device. One feature that is getting people talking is the ability to share your heartbeat with your friends who also have Apple watches and to send little love notes by bumping wrists — corny, but sweet.

Imagine this technology employed in the service of sermon development.

Because the Apple Watch works in tandem with one’s iPhone, it is able to put many Apple features right there on one’s wrist. Some homileticians, like Ted A. Smith at Emory’s Candler School of Theology, recommend that preachers maintain a florilegium, a compilation of excerpts from other writings that can lend nuance and insight to one’s sermons. The Apple Watch would allow preachers to share such florilegia with others with a gentle bump of the wrists.

Preachers like Augustine, John Chrysostom, and John Broadus developed their sermons out of the abundance of their engagement with Scripture. In other words, rather than going to a particular lection, studying it, writing a sermon, and then preaching on said text, their sermons flowed extemporaneously out of the deep well-spring of Scripture. If one can program the Apple Watch to serve one’s fitness goals, why couldn’t preachers program it to serve their spiritual goals? In brief, I can imagine an app that would send Scripture passages to the wearer at set times throughout the day. Imagine if you didn’t go to the Bible, but the Bible came to you!

Or consider the geo-spatial life of the working preacher. She visits congregants in the hospital; she participates in deacon or elder meetings; she attends youth soccer games. Imagine if the preacher were able to collate all of those comings and goings in the service of sermons that, as Nora Tubbs Tisdale advocates, arise contextually through careful exegesis of congregational settings. By syncing her calendar and GPS coordinates, the Apple Watch would provide a running tally of the life of one’s congregation.

But is there a dark side to the technological comforts the Apple Watch promises?

In a provocative Time Magazine article entitled, “How Apple Is Invading Our Bodies,” the authors do not question that the Apple Watch is “gorgeous, fast, and packed with brains.” Instead, they question just how much control we want to surrender for public consumption. They write,

Technological progress tends to feel incremental, but this is a watershed, a frog-boiling moment … Apple Watch signals the advent of an always-there Internet, an Internet that can’t be put away. We’re used to dabbling just our fingertips in the Internet, but the Apple Watch doesn’t stop there. It tracks your movements. It listens to your heartbeat. It puts your whole body online. Exactly how personal do we want to get?

These are important questions that we must ask, and to these we must add theological questions. How might the Apple Watch detract rather than enhance our observations about what God is doing in the world? If, as Anna Carter-Florence rightly suggests, our task as preachers is to bear witness to what God is doing in our lives, then we have to attune our spirit to more than our wrists. Moreover, smart phones are already an annoyance for authentic, face-to-face interaction. How might the Apple Watch distract us from the other who is there before us? Further still, given the recent iCloud hack, do preachers really want their pastoral comings-and-goings available online?

Apple has proven that in the post-Jobs era they can still innovate, taking outmoded technologies and transforming them for new generations. The question remains for preachers whether we desire, or are even needing, spiritual, theological, or homiletical innovation.