Discerning When to Preach Without Notes 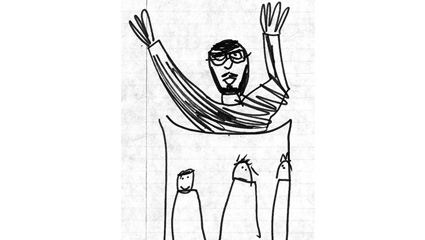 Preachers and listeners who favor preaching without notes have long justified the practice as more “spiritual” than preaching from a manuscript.

“Father” Daniel Nash, the grand old man of revival preachers in upstate New York, relied on a warm, extemporaneous style. He was appalled when he heard that one of his protégés, Charles Finney, had begun using “skeleton” outlines to gain a little more precision in his language (and, not coincidentally, to appear a little more polished for an emerging merchant and professional class along the Erie Canal).

By the by, as a friend of Jesus Christ, I should advise you to be careful about usingskeletons in preaching. Whatever may be the effect on you I am persuaded they wouldinjure my spirituality; and, if not spiritual, I am worth nothing. If you choose to write themfor the sake of digesting a subject, write. If you wish to look at them at home, to refreshyour memory, do it: but, when you preach, throw yourself entirely on God.1

Nash’s letter to Finney gives a sharp statement of one of the most time-honored justifications for preaching without notes: it involves greater trust in God, and so a deeper and more authentic spirituality.

It can enable a preacher to attend more carefully and respond more nimbly to the people who are listening. It can involve long study, prayer, and rumination so that sermons arise organically from deep within the preacher’s own life. But it can also serve as a cover for shoddy preparation, procrastination, and arrogance. It can tempt a preacher to rely too much on performance skills that might or might not incarnate the Gospel she means to preach.

By the same token, preaching with a manuscript can lead a preacher into an extraordinarily rich set of spiritual practices. It can help a preacher attend to listeners in the course of preparation and then craft words and phrases that respond to the deepest needs discerned. It can lead a preacher into careful work with words. But it can also serve as an excuse for writing little treatises that are not as well researched as academic articles and not as punchy as good op-ed pieces. It can promote a cloying preciousness in style. And it can invite distraction and distance in the preaching moment.

The decision about whether to preach with or without a manuscript does have implications for the spiritual life of a preacher, just as Daniel Nash saw. Long practice in any style will form a preacher in profound and distinctive ways. But there are better and worse possibilities for preaching both with and without notes. Neither option guarantees that a preacher will be “more spiritual.”

The very best preachers tend to cultivate a wide range of styles, including styles that do and do not make use of manuscripts. Even more, the best preachers cultivate the wisdom to know when to use each one. What kinds of things might a wise preacher consider when deciding whether or not to use notes of some kind?

Sometimes a message suggests its own style. A sermon on the joy expressed in the exclamations of Psalm 150, for instance, might find fullest expression in a more extemporaneous style. And a sermon making sense of a very dense passage of Paul’s letter to the church at Rome might require a manuscript to get the details right. A sermon that is thinking theologically about a difficult moment in the life of a congregation — like the discovery of some grave professional misconduct by one of the leaders — might demand the precise language and gravitas of a manuscript sermon from the pulpit. Just so, a graveside sermon might best convey its message through a simple and unadorned style that is unencumbered by notes of any kind.

The habits and expectations of listeners also matter very much, but not in obvious ways. Preaching without notes might seem like a natural choice for a youth retreat in a camp setting. And it would probably be a wise choice in most cases. But a wise preacher might discern that expectation and play with it in ways that lend the sermon unexpected power. Or a congregation with a very formal worship service might be accustomed to sermons from manuscripts and so benefit all the more from a sermon preached without notes.

There are risks to sermons that elude or defy expectations. The mere fact of an unexpected choice can overwhelm anything else a preacher says or does. But when that unexpected choice fits very closely with the core proclamation of the sermon, this overwhelming quality can be a powerful asset.

The nature of the space for worship should also play a role in discerning whether to preach without notes. Preaching without notes may be essential for a service in which darkness plays an important role. It may be practically required of a space with no functional pulpit or lectern. A very large room, constricted lines of sight, or lack of a wireless microphone might all lead a preacher to stay firmly in the pulpit and so perhaps more closely with a manuscript.

The preacher’s own relation to the sermon, and the preaching moment, should not be neglected. I usually preach without notes, but when one teenager in the town where I served as a pastor accidentally shot and killed another one, I preached from a manuscript. The make-up of the congregation that day — filled with young people who usually preferred a more extemporaneous style — might have suggested that I should leave my notes in my study. But I was close to both the person who died and the person who pulled the trigger. I needed a manuscript to read and a pulpit to hold.

Less extreme situations also matter. A preacher might be too exhausted to preach in whatever style is more demanding for her. A preacher might be at a point where he can be bolder and more faithful in moments when he can gather his thoughts — and so need to use a manuscript to carry the courage from the study to the pulpit. Or, like a tightrope walker who can’t stay on the wire when she knows there is a net, a preacher might need a boost from the particular kind of intensity that comes from standing before a congregation without notes of any kind.

Almost every preacher will need to preach with notes at some times and without notes at others. Neither style is always more effective. And neither style is necessarily more spiritual. The deepest faithfulness comes not in choosing one style or the other, but in discerning what it means to respond to God in each particular situation.

Associate Professor of Preaching and Ethics