You Gotta Serve Somebody 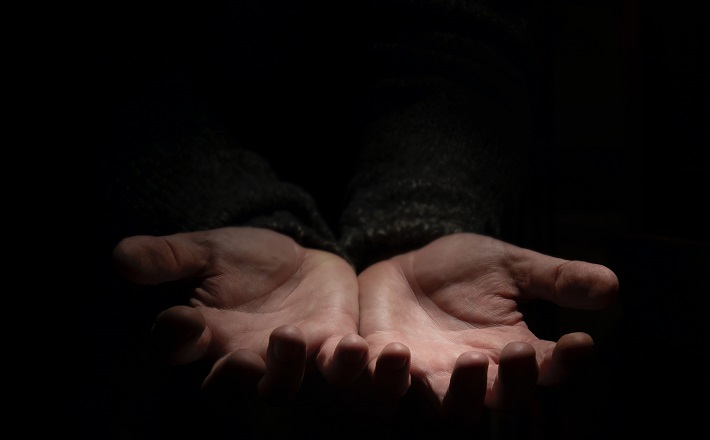 Photo by jörg meier on Unsplash; licensed under CC0.

No other verse dominates the biblical home décor market quite like Joshua 24:15: “As for me and my house, we will serve the LORD.” You can find these words framed for hanging on the kitchen wall or the front door, or embroidered onto throw pillows and dishcloths, or printed onto welcome mats. I’ve even seen the verse adorning a shower curtain.

In the book of Joshua, these words are the climactic ending to Joshua’s dramatic speech calling all the tribes of Israel to renewal of the covenant: Choose this day whom you will serve (24:15a). It is the last speech of Joshua’s life as recorded in the book bearing his name, and it is a homiletical masterpiece.

Before I go on with my reflections, I would like to plead with you (and myself), working preacher, to set aside the theological baggage that comes with the verb “choose.” Much ink—and even blood—has been spilled over the question of how one receives salvation through Jesus Christ. Can one “decide” to be saved? Does salvation require at least tacit assent? Are some just predestined for it?

As a Presbyterian who grew up around Baptists and now sojourns with Lutherans, I am well aware of the intensity of the debates, and for that very reason I would wager that some of you just scroll right past this lectionary text whenever it appears. But that would be missing an opportunity, because this text need not be ammunition in conversations about salvation. At its heart, I see this text as a call to discipleship.

“Discipleship” is, of course, an anachronistic word to use for an Old Testament text. In the vocabulary of the passage, the operative word is the verb “to serve” (‘abad). This root (‘bd) is rendered in English as either work, serve, or worship, depending on the context, but it is the same word in Hebrew. The exodus narrative uses the root repeatedly to say that the Israelites were freed from service to Pharaoh for service to God. Now, inside the Promised Land, Joshua recites the people’s history with the LORD—YHWH, the God of Israel—and invites them to re-commit themselves to this God.

You know this, preacher, but it bears repeating: every time you see “LORD” in all-caps in your English translation of the Bible, it represents the tetragrammaton—the four consonants of the name of God (YHWH)—in the original Hebrew text. In Jewish tradition, the name of God is too holy to be uttered aloud, and so most English translations adhere to the convention of substituting “Adonai”—that is, “Lord”—where the divine name appears.

It can be helpful to bring this practice to mind in texts like Joshua 24, where the polytheistic context of the ancient Near East is a key part of understanding the passage. Every locale had its own favorite god or gods, the ones who were thought to look out for the interests of the local people in war, in agricultural pursuits, and in other aspects of daily life. Before the call of Abraham, the ancestors of the Israelites worshiped the gods of the place they lived: Ur of the Chaldeans, beyond the Euphrates River (see Genesis 11:31). In Egypt there were still other gods, so that when Moses receives his revelation at the burning bush, he must ask, “If I come to the Israelites and say to them, ‘The God of your ancestors has sent me to you,’ and they ask me, ‘What is his name?’ what shall I say to them?” (Exodus 3:13). Now, in Canaan—which has yet more gods—they have seen that YHWH has delivered on the promises to the ancestors. Will they now serve this God, YHWH, the God of Israel, or cling to the gods of the past?

Notice that Joshua’s speech is not a monotheistic apologia; he does not spend any time debunking the existence of the other gods. Those monotheistic claims will come later in Israel’s timeline (e.g., Isaiah 44:6-8). The question here is not about belief, but rather service. See what the LORD has done for you? Now, how will you respond? God, through Joshua, does not demand intellectual assent. Instead, God demands a lifetime commitment, a willingness to order one’s life according to God’s law.

Joshua frames this decision in terms that remind me of the Bob Dylan song, “Gotta Serve Somebody.” Everyone’s life will be driven by the commitments they have made. It will not be enough simply to claim an allegiance; that allegiance must shape the actions of their everyday lives. Joshua says, “Now if you are unwilling to serve the LORD, choose this day whom you will serve, whether the gods your ancestors served in the region beyond the River or the gods of the Amorites in whose land you are living; but as for me and my household, we will serve the LORD” (Joshua 24:14-15).

To borrow again the New Testament term, this text demands to know from us today, whose disciple will you show yourself to be? If someone looked in at the practices of our daily lives—the places to which we commit our money, the pursuits that command our time, the words that come from our mouths—which god would they think we serve? The gods of wealth? Of spite? Of cynicism? Of power? Of rage? Or the God of sacrificial love?

I’m becoming a fan of Joshua 24:15 home décor. I’m thinking of getting a sign for the inside of my front door, with the word serve bolded more than all the others. That way, whenever I leave the house, I will be reminded that the commitment I have made to serve the Lord is not just a feeling or an idea, but rather a demand that hovers over every decision and every word.