Who Do You Say that I Am? 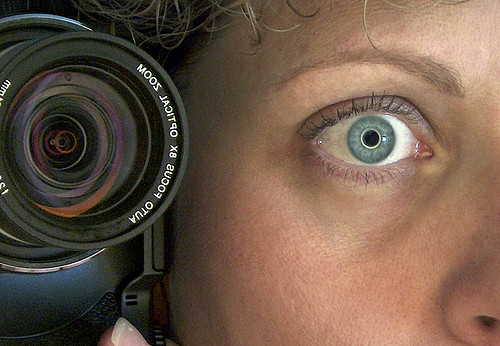 “Who do you say that I am?” is a much harder question than we think it is, and it’s already hard enough.

This would be a good Sunday for some truthful Christological talk — namely, that the New Testament does not paint a uniform portrait of Christ. Not only do we have four very different Gospels, each remarkably unique in their individual understandings of the meaning of Jesus’ ministry, there are twenty-three additional books that articulate varying views of Jesus. Even the thirteen letters attributed to Paul adapt the function and significance of Jesus Christ depending on the circumstances that need to be addressed in each congregation. We won’t do anyone any favors by pretending these discrepancies don’t exist. There’s already too much “the Bible says” out there without our adding to the escapism of harmonization. And one of the purposes of preaching is help people be better readers of the Bible.

I understand the enticement of synchronizing the New Testament — and the Old Testament, for that matter. But we are much better at acknowledging the diversity of the Old Testament than we are of the New Testament. This pattern betrays fundamentally what we hold to as true, even though we don’t admit it out loud — that at stake in the uniformity of the New Testament is how we define certain truths, like salvation, judgment, sin. If these theological categories lack a longed-for level of consistency, then who is right and who is wrong? Who gets the final say when it comes to interpreting God’s activity in the world? Who gets to make decisions about eternal life? Exactly.

Passing over the illogicalities is just plain easier. And, after all, everyone else is doing it. And we wonder if our people can handle the inconsistencies, that to point out the breadth of the Christological witness would somehow shatter faith, pulling out a strategically placed card in the house of cards known as belief. But this discloses a rather dysfunctional interpretation of the meaning and role of Scripture in our lives. It implies that Scripture is the sole authority for theological discernment — when, of course, God was first known outside of the writings we have canonized.

Yes, we could and should spend some time thinking about how we would respond to Jesus’ inquiry, considering what our answer might be, and this would certainly be worthwhile reflection, as the discussion above suggests. But there’s even more that Jesus is asking in this seemingly straightforward question, and perhaps it’s this “more” that is the most challenging, the most demanding, the “more” we wish we could avoid.

Because, “Who do you say that I am?” is at the same time, “who will you say that you are?” That’s the rub of this question, the heart of its difficulty. If it we only had to provide an answer to Jesus’ question of his identity, that would be one thing. However, answering the question of Jesus’ identity is also having to give voice to our own.

Who you say Jesus is, is who you have decided to be. You can’t answer Jesus’ inquiry without revealing who you are. Or, we could switch it around. Who you are reveals who you have decided Jesus to be. Jesus’ question is not a test. It’s not about getting the answer right. It’s the moment when you come face-to-face with your own commitment, your own discipleship, your own identity. It’s the moment when you have to admit to what extent how you follow Jesus actually connects with some sort of confession of who you believe Jesus to be.

Have you noticed that there’s not a lot of correlation these days between claims about Jesus and choices as to how lives are lived? Whether that be individuals, churches, or institutions of the church. But “Who do you say that I am?’” is not just an issue of integrity or an evasion of hypocrisy. It’s being willing to risk being known for what you believe. It’s recognizing that your identity cannot be separated from your Christology. Peter has to answer the question, as do every single one of Jesus’ disciples, for himself — and so too do we.

And one more reiteration. “Who do you say that I am?” is also a question we should ask of others, of ourselves. Who, indeed, will people say we are? Are we willing to ask the question? Or do we stay silent, afraid of what people might say, perhaps worried about what truth might get uttered? Avoiding the question altogether so as to feign a kind of confidence we don’t really have? Jesus knows it’s one of the hardest questions to ask — which is why he asks it in the first place, and why he has to ask it first.