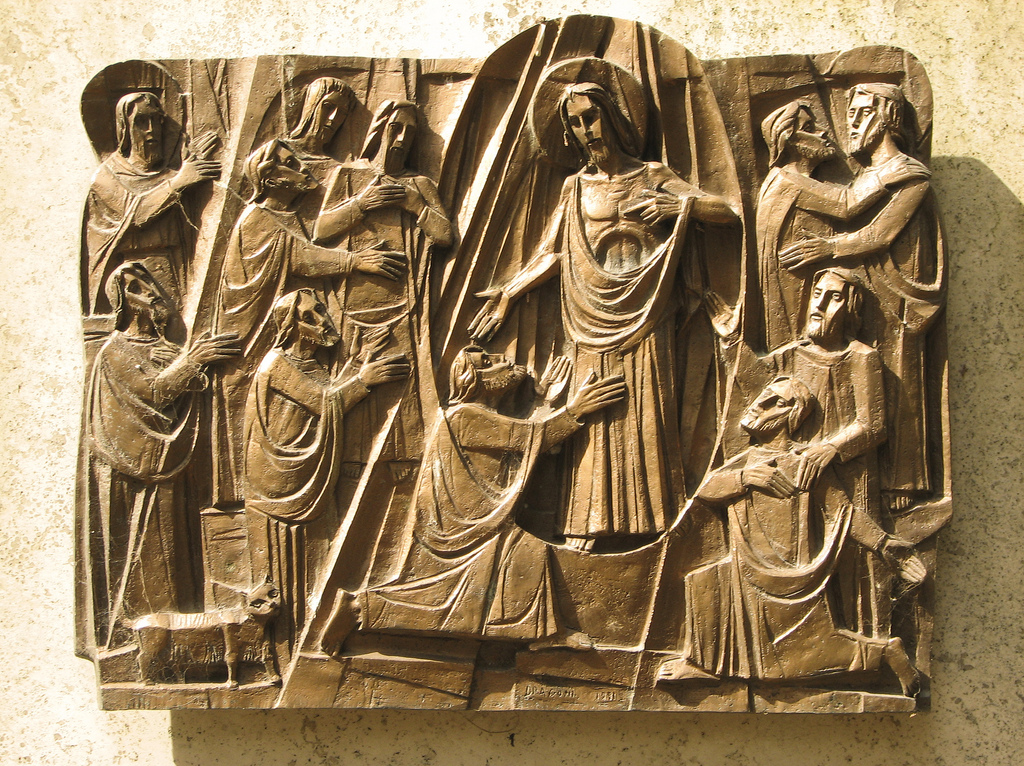 "The Risen Lord appears to St Thomas and the apostles," Image by Lawrence OP via Flickr, licensed under CC BY-NC-ND 2.0

Thomas simply wanted, simply needed what Mary received, what the disciples received, which led all of them to utter the same confession, “I have seen the Lord.” Thomas was looking for his own encounter with the risen Jesus, not to prove that Jesus was alive once again, but to believe once again that the promise of relationship with Jesus would never be taken away, not even by those who take away life as if they hold life in their hands.

When we “see” resurrection as relationship, then the vision of Acts comes into full view and actually seems possible: “Now the whole group of those who believed were of one heart and soul, and no one claimed private ownership of any possessions, but everything they owned was held in common. With great power the apostles gave their testimony to the resurrection of the Lord Jesus, and great grace was upon them all. There was not a needy person among them, for as many as owned lands or houses sold them and brought the proceeds of what was sold. They laid it at the apostles’ feet, and it was distributed to each as any had need” (Acts 4:32-35).

When we “see” resurrection as relationship, we know how very good and pleasant it is when kindred live together in unity (Psalm 133) and we cannot but strive for fellowship with one another (1 John 1:7).

When we “see” resurrection as relationship, we live as if it is the litmus test of our lives, “Christianity is a lifestyle — a way of being in the world that is simple, non-violent, shared, and loving. However, we made it into an ‘established’ religion (and all that goes with that) and avoided the lifestyle change itself. One could be warlike, greedy, racist, selfish, and vain in most of Christian history, and still believe that Jesus is one’s ‘personal Lord and Savior’…The world has no time for such silliness anymore. The suffering on Earth is too great”1

Resurrection itself has become an establishment of the church, a belief that has yet to grasp hold of our world in such a way that silliness will no longer be tolerated. Blessed are those who do not see and yet believe are those who understand how easily the resurrection is taken for granted, overlooked, and even forgotten once the empty tomb is discovered. What will we help the world to see? Will the world be able to see the resurrection in us — in all that we do, in all that we say? If so, then seeing really will be believing.