What’s So Good About A Shepherd? 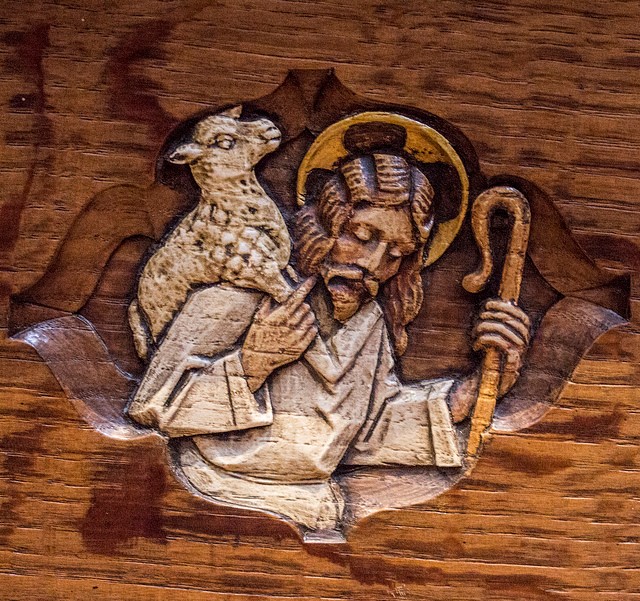 The Good Shepherd(Creative Commons Image by Lawrence OP on Flickr)

“Good sermon, Pastor!” Don’t you then want to respond, “What does that actually mean? What was good about it?” Isn’t that the anticipated adjective to describe your sermon as you shake hands at the back of the church at the end of worship? It is a rather vague and unsatisfactory adjective and yet uniform and ubiquitous. Does it really mean anything? What does it communicate anyway? It is a rather useless adjective, and if we are honest, means nothing.

Furthermore, what makes for a good sermon for some is not the same for another. I avoid using this adjective altogether in my teaching of preaching. I tell my students that their goal is not to come up with a good sermon, but a faithful sermon. A colleague in preaching, Clay Schmit, Provost of Lutheran Theological Southern Seminary, puts it this way, “Rather than try to be a good preacher, be a faithful preacher. The goodness is always in God’s hands.”

A faithful sermon will tend the following aspects with rigor: the biblical text, the multiple contexts into which a text comes alive, the human condition and God’s response, theological imagination, the mind of the listener, the heart of the listener, and orientation to living a life of faith in God’s world. I think this is what our parishioners mean by “that was a good sermon, Pastor.”

But the problem with good is its expected antithesis — bad. And dichotomies are often not helpful when it comes to determining the effectiveness of a sermon. Preaching necessitates more nuance — so does life. Unfortunately that seems to be the world in which we live — where assessment, adjudication, even identity is construed by contrast and opposition. You know what I mean: Democrat or Republican, pro-Israel or pro-Palestinian, gay or straight, black or white. If we are honest, it’s a rather safe move. Contrasts are easier. They require less dialogue, less listening, less thinking.

Which is, in part, what has happened to Jesus as the good shepherd.

If Jesus is the good shepherd, our first response seems to be, “in opposition to bad shepherds” and then we immediately embark on all kinds of allegorical fancy to determine the identity of these bad shepherds so as to avoid them, pit Jesus against them, or make sure we aren’t one of them. Lest we forget, the audience of Jesus’ discourse in response to his healing of the man born blind includes the Pharisees and the disciples, not to mention the original audience and those of us who authorize John’s Gospel as Scripture. So before we quickly assert simplistic designations that determine the “bad” shepherds as the Pharisees, we would do well to remember that listening to Jesus is Judas as well.

As a result, we spend a good deal of interpretive energy sifting out those that appear to oppose Jesus, those that seem counter to Jesus, those who are not Jesus. And it’s in that kind of interpretive space that we get into trouble — that Jesus is the only way. That without Jesus, hell is the future. That Christianity is good and every other expression of faith is bad. As a result, little interpretive imagination is located in just what makes Jesus a “good” shepherd. We need to think more about what makes Jesus the “good” shepherd before our answer is, “he’s good because he’s not bad.”

As a result, a sermon on Jesus as the “good” shepherd could focus on any of the following truths because all of these definitions of “good” are possible if you tend to John. Pick one and preach it for all it’s worth. If you try to preach on all of which makes Jesus the “good” shepherd, you have just made the adjective “good” as bland as before.

That is what’s good about a shepherd.