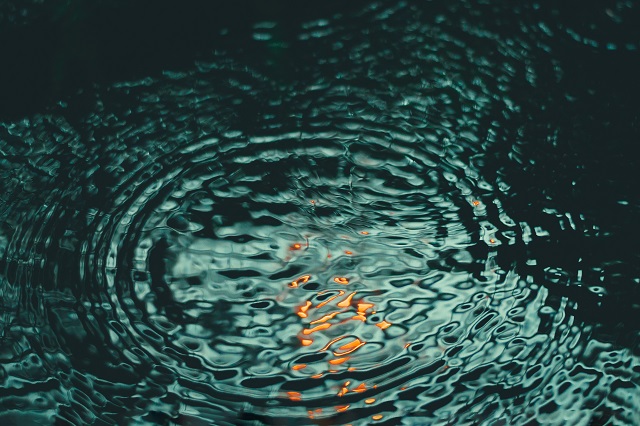 Photo by Biel Morro on Unsplash; licensed under CC0.

“You will know the truth and the truth will make you free.”

I cannot read this saying of Jesus without pondering the times in which we live. Truth has taken a beating in recent years, especially in American society. Given the rise of “alternative facts” and conspiracy theories and all the other misinformation that swirls around the internet, “truthiness” may be the better term for what many Americans believe.

And there are a lot of feelings swirling around on social media. As the presidential election looms, and poll after poll shows Americans deeply divided, there seems to be only one thing Democrats and Republicans can agree on: that this election is the most consequential election of our lifetimes. So emotions are running high and they are fed on both sides by a 24/7 news cycle that relies on outrage for its ratings.

Now, at the risk of being more political than is customary for this column, I will confess to strong feelings of my own about this election. I will most definitely not vote for the current occupant of the White House, who has at best only a tenuous relationship with the truth. He has demonstrated an utter lack of compassion, integrity, and wisdom and he appeals only to the worst angels of our nature. I will vote for his opponent, who, in my opinion, embodies a return to decency, integrity, compassion, and competence, a man who has the potential to bring people together rather than driving them further apart.

And after this election is over, I pray that the political realm will shrink back down to its normal size, not occupying our attention every single day, as it does now.

When that happens (please God, let it be soon), those of us who follow Jesus will need to attend to what is always one of the primary tasks of the Christian—the hard work of reconciliation. And that means engaging in truth-telling, not primarily in a prophetic, speaking-truth-to-power kind of way (which, of course, has its place) but in a self-reflective, confession-of-sins kind of way, seeking forgiveness from those we’ve hurt and forgiving those who have hurt us.

Because here’s the thing: No political party has a monopoly on the truth. All politicians (and for that matter, all human beings) are prone to “spinning” the facts to make them fit their own prejudices and interests. So if our theology is completely aligned with either the Democratic party platform or the Republican party platform, then it is well past time that we examine that theology and discover where we are in error.

I think, for instance, of the visit of Pope Francis to the United States in the fall of 2015. Now, while the Roman Catholic Church has its own issues with transparency and truth-telling, there is something compelling about the integrity of its social teachings, which hold to a “consistent life ethic.” Pope Francis, widely celebrated by people of both major political parties, could not be claimed by either one. He spoke out against abortion and in support of the traditional family (much to the delight of Republicans). But he also spoke out against the death penalty and in support of refugees, the poor, and care for creation (much to the delight of Democrats).

Pope Francis was relying on Catholic social teachings—based in Scripture—that assert that life must be protected, whether the life of the born or unborn, the life of criminals, the poor, and refugees alike, the life of the earth and all the creatures that inhabit it. Such an ethic cuts across cultural definitions of “liberal” or “conservative.”

I hold up the example of Pope Francis because I want to assert that while people of Christian faith can and do disagree about important things, our beliefs and ethics must be rooted in Scripture (“continuing in my word” as Jesus says in today’s Gospel reading), not in loyalty to any particular political party or social position. We should not be easy to pigeonhole. We should be willing to tell the truth—as we discern the truth through prayer and in Christian community—both about societal ills (which is usually the purview of the left) and about personal morality (which is usually the purview of the right). We need to tell the truth, however it might be received.

Now, I realize it is odd for a Lutheran to be holding up a Catholic pope as an example of truth-telling on Reformation Sunday, of all days. But perhaps that is appropriate, given what has happened between Catholics and Lutherans in the last few years.

Just a year after Pope Francis’s visit to the United States, he preached at a worship service called the Joint Ecumenical Commemoration of the Reformation in Lund, Sweden, on Reformation Day, 2016. There, wearing a Reformation red stole, Pope Francis prayed with other Vatican leaders and Lutheran leaders alike in a joint service marked by mutual confession and forgiveness.2 I know I was not alone in crying tears of joy at such a historic sign of reconciliation.

If Lutherans and Catholics can engage in such partnership after the historic divisions that kept us apart for centuries, then we must pray that such reconciliation is possible across our more recent political divides.

Martin Luther, in the Heidelberg Disputation of 1518, defines a “theologian of the cross” as someone who “calls a thing what it is.” That kind of truth-telling is as necessary now as it was during the Reformation, truth-telling about ourselves and about our community, sinners and saints as we all are; and truth-telling about Christ, who forgives and redeems and makes all things new.

That kind of truth-telling is an essential task for us as Christians in the midst of this contentious election season as well as in the hard work of reconciliation that must follow that conflict.

Thank you, dear Working Preacher, for speaking the truth of the Gospel of Jesus Christ in this time. May that truth-telling set you free from worry or fear. And may God bless and prosper the work of reconciliation that you do in whatever place God has called you. Peace and joy to you.