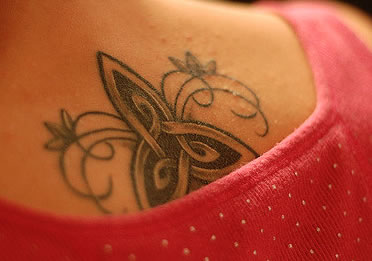 Holy Trinity Sunday is a somewhat ambiguous liturgical day. I never know what to think about the Trinity, to be honest. And I am always rather dubious about doctrines that the church deemed necessary to assert. Not because I think they are wrong or nefarious or some sort of suspicious ecclesial stamping out or silencing of rogue voices. Not because I don’t believe that God reveals God’s self through Creator, Word made flesh, and Spirit. Not because there’s anything inherently problematic in creedal claims of the church for the sake of its identity. But I do fear when a doctrine takes over our imagination for God or when we try too hard to fit a doctrine into a biblical text or when we allow a rather complex affirmation about God’s activity in the world to replace real life experiences of God.

My denomination is rather fixated on the Trinity these days, as if it answers any and all questions about how to think about God. In senior approval essays, students going into Word and Sacrament ministry are asked to reflect on how they see the Trinity at work, or how they connect their ministry to the doctrine of the Trinity, all of which can lead to rather bland and boring statements that barely, if at all, touch any kind of theological ground.

So, I wonder if this Sunday instead of explaining the Trinity, where no explanation is really adequate, you invite some actual theological thinking. That is, you help your congregations realize that a critical characteristic of faith is an ever-striving and dynamic making sense of God. The Trinity can’t be the only way to get God. It is as limited and finite as our humanity. It is one attempt of the church to articulate the being of God in a particular time and place. So, how might we attempt to describe the being of God in our particular time and place? This is not to suggest a replacement of the Trinity. By no means! as Paul would say. But it is to acknowledge that theology cannot be something that was decided long ago so as never to be questioned again. Theology is radically contextual and if we keep perpetuating church as that which has God all figured out, we clearly have no clue who God is — and maybe that’s one of the reasons why many people are suspicious of the church’s absolutes.

Talk about the importance of the Trinity as not that which sets God in stone, but that which represents the very nature of the church — that inherent to being church is an ongoing endeavoring toward naming God’s activity in our world.

If the Trinity is critical to your understanding of God, offer a testimony of why that is the case, not for the sake of persuasion or argument, but for the sake of witness to how theological statements that the church makes about God have to find a home in our own lived faith.

Invite your parishioners to write their own statements of faith, their own creeds, to name what they think that somehow reflects their own sense of what the Trinity means. In other words, don’t explain the Trinity, but petition Trinitarian thinking, not for the sake of prescriptive commitments to God but for the sake of active and engaged dialogue and discussion around how doctrines of the church might actually matter for theological deliberation.

All of this means taking a cue from Paul, “We have peace.” A rather bold claim, don’t you think? But Paul knows what he is talking about. He gets that what we say about God somehow has to matter for our lives. Beyond how this passage from Romans is deemed adequately or sufficiently Trinitarian, look at his opening phrase, “Therefore, since we are justified by faith, we have peace.” Paul is an example of what happens when you assert something particular about God — it leads to something that you can then know as promise about your relationship with God. For many, Paul’s statement in Romans 5:1 is doctrine — the doctrine of justification by faith. But, Paul didn’t claim doctrine for doctrine’s sake, nor did he even have one in the first place. He realized something about God’s activity in the world and sought to describe that activity. For Paul, this something about God could not just be descriptive of God, but had to make a difference for our very existence and life with God. Being justified by faith means we have peace.

A rather bold claim indeed.