To the Other Side 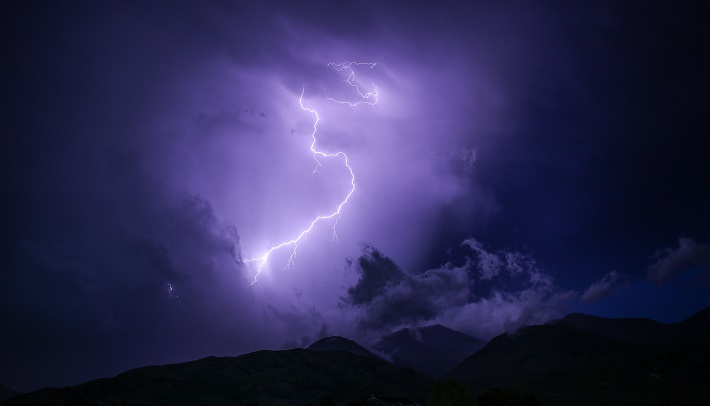 Photo by Layne Lawson on Unsplash; licensed under CC0.

Despite humanity’s modern advances, storms remain terrifying and dangerous realities. A powerful monsoon can lash the earth with lightning, hail, and flash floods. Hurricanes can bring devastation to even the most modern communities. In some parts of the world, dust storms pose a serious threat to life, property, and agriculture.

Storms are dangerous. And the people who lived in biblical times were even more vulnerable to these realities than most modern Americans ever will be. Given their power, it is no wonder that storms were often associated with divine activity in the ancient world. Storms represented the power of both life and death.

Both Job 38:1-11 and Mark 4 utilize storm imagery, albeit to very different ends. The lectionary’s suggestion that we read these texts together, however, opens up a generative, intertestamental conversation with important connections to the lived realities of people today.

Job 38 is a climactic moment in the larger narrative. Earlier in the book Job states: “But I would speak to the Almighty, and I desire to argue my case with God” (13:3). Chapter 38 is the moment Job has been demanding:

Then the Lord spoke to Job out of the storm. He said:
Who is this that obscures my plans
with words without knowledge?
Brace yourself like a man;
I will question you,
and you shall answer me (Job 38:1-3).

From the tempest, God questions Job all the way until Chapter 41. The speeches contain some of the richest biblical reflections on creation. As Kathryn Schifferdecker notes, the “speeches answer earlier statements and assumptions in Job about God’s ordering of creation, about procreation, and about humanity’s place in creation. In the divine speeches God negates Job’s maledictions and stresses Job’s inability to comprehend or master the world God has created. In other words, God puts Job in his place.”1 According to Job 38-41, God has created a wild world in which humanity is neither the center nor the pinnacle.

Appropriate to the content of the speech, God appears to Job in the form of a powerful whirlwind [hasse’arah]. Much like a storm, God’s speeches to Job are adversarial and contentious. Ultimately, Job leaves that encounter with a reoriented view of creation and the creator. It is a world that he cannot control and in which he is not the center. In this world, the forces of chaos have a place among God’s creatures. And they serve as a reminder that human power is not unlimited.

Job’s reoriented view of the world is expressed in his decision to start a family again, despite its many dangers and risks. In Ellen Davis’ words:

In fact, the clearest expression of the renewal of Job’s mind is not anything that he says. It is his willingness to have more children. I have heard it said in modern Israel that the most courageous act of faith the Jews have ever performed was to have babies after the Holocaust, to trust God with more defenseless children. The note at the end of the book that Job had seven sons and three daughters is often considered to be a cheap parting shot—as though God could make it all up by giving Job another set of children to replace the ones who were lost. But that is to judge the last scene of the book from the wrong side. This book is not about justifying God’s actions; it is about Job’s transformation. It is useless to ask how much (or how little) it costs God to give more children. The real question is how much it costs Job to become a father again. How can he open himself again to the terrible vulnerability of loving those whom he cannot protect against suffering and untimely death?2

Out of this encounter, Job is granted the resolve and the courage to begin again. This time, however, he knows that he inhabits a world full of monsters that he can neither control nor domesticate. Job sees the world differently and this allows him to live again.

In Mark 4:35-41, the disciples are facing a different kind of storm. At evening time Jesus invites the disciples to “go over to the other side.” (4:35). Their departure did not necessarily isolate them from the crowd since “there were also other boats with him.” (4:36). A short time later, “A furious squall came up, and the waves broke over the boat, so that it was nearly swamped” (4:37).

Echoing the book of Jonah, Jesus is asleep at the rear of the boat with his head on a pillow, unbothered by the chaos around him (Mark 4:38; cf. John 1:5-6). In a frustrated outburst, the disciples cry out, “Teacher, don’t you care if we drown?” The question echoes that of the sailors in Jonah 1:6, “What are you doing sound asleep?” Like Jonah, Jesus is also responsible for the storm’s cessation. But the parallels end here. The storm in Jonah ends because the fugitive prophet is thrown out of the boat and into the belly of a giant fish. The storm in Mark ends because Jesus commands it to “Be silent! Be still!” (4:39).

Jesus then turns to his disciples and asks them, “Why are you so afraid? Do you still have no faith?” (Mark 4:40). His questions draw a painful contrast between the restive disciples, who respond to the storm with fear and despair, and Jesus who is so unconcerned by the maelstrom around him that he falls asleep.

In keeping with Mark’s depictions of the disciples, they are dumbfounded. In shock, they ask, “Who then is this, that even the wind and the sea obey him?” We can give them credit for one thing: they get the question right, even if they do not quite know yet how to answer it (see Mark 8:27-29). Like other stories in Mark, the disciples fail to see that story is not only about their lack of faith, but that is also about the faithful One in their midst.

In both of these accounts (Job 38:1-11 and Mark 4:35-41), the storm reveals something about God, the world, and faith. In the case of Job, that reorienting revelation will lead the protagonist to risk having children again and to embrace a world that includes the possibilities of chaos and harm. In the case of Mark, the disciples take another small step in their journey to recognizing Jesus’ messianic identity.

These powerful narratives show how adversity often functions as a kind of “thin space,” where we not only encounter our own vulnerability but also come face-to-face with the living God. The world we inhabit is full of things both beautiful and terrible. The watery chaos monster, Leviathan, wanders this earth, unchained and undomesticated (Job 41:1-34). Thankfully, we do not sail these dangerous waters alone. The one who stills the waters with a word has also joined us in the boat.