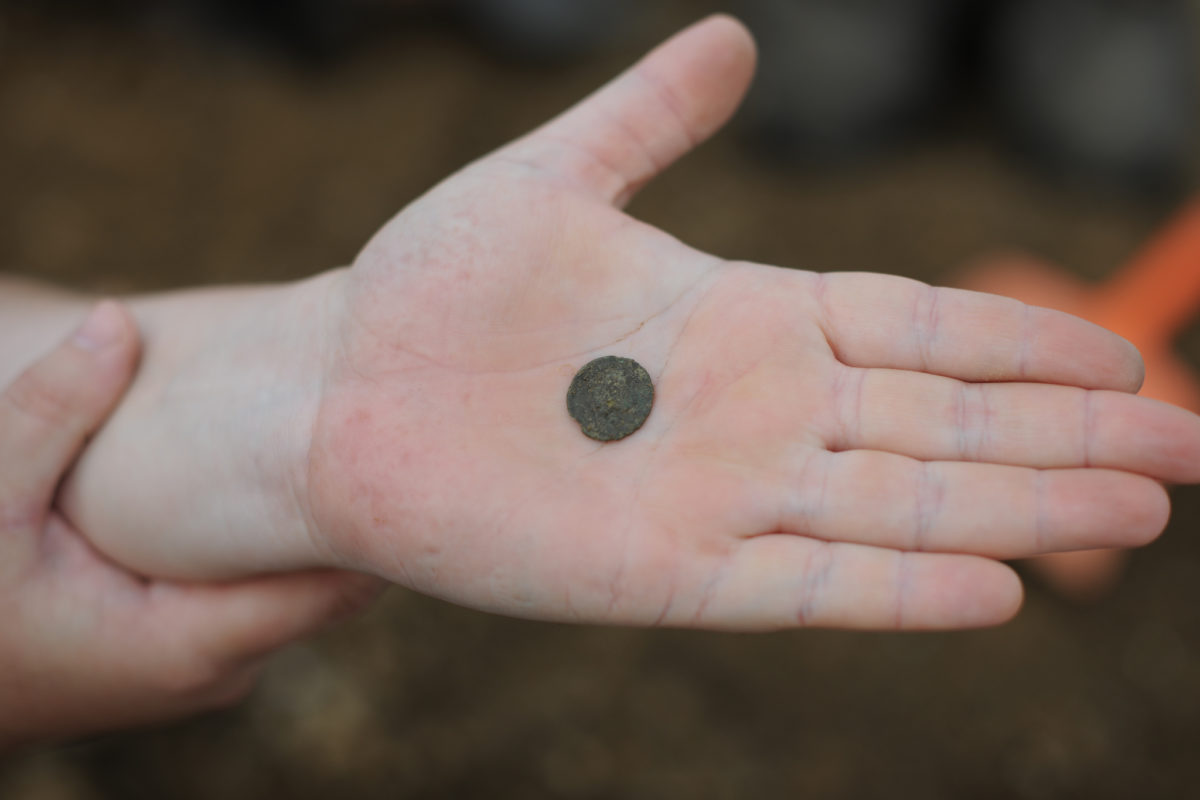 Before you hold up the widow in Mark 12:41-44 as the ultimate example of generosity during this stewardship season. Before you suggest that her donation is possible to be matched, like during a public radio fund campaign with a promise of some swag for said loyalty. Before you start measuring might with mite, take another look at where the widow happens to be.

Because it’s where a lot of women end up — sandwiched between self-aggrandizement and the attraction of the grand. Between violence and power. Between being over-looked and being overlooked. It’s just where too many assume she should be, of course, and where they like to keep her, lest they might end up like her.

It is tempting indeed to paint her portrait as possible for us to embody, all the while ignoring her true plight. When we are honest with ourselves, when we tell the truth, few, if any of us, are in the same position as the widow, giving the last of her lepta to an institution that she trusts, to her God in whom she hopes. Sure, we gladly offer up portions of what we have, after some careful calculations, managing the risks. But there’s no way we are contributing our all — and we likely never will. More often than not, we let go of what we have only with guarantees in place, only after establishing fair transactional principles, or with the promises of our names etched on large stones.

This story is eerily spot-on when it comes to that which attracts our attention — and what doesn’t. And, we are rarely, if ever, drawn to those persons whom we do not want to be. In the end, none of us wishes to be her. She’s a widow — and we know all too well the status of widows in the ancient world. Who desires to be alone, destitute, or dependent? She willingly gives all — and we know all too well that’s something we are not going to do.

A sermon that says, “be like her,” assumes that we can actually imagine being in her place. And if we think that’s true, then we are no better than the scribes – keeping up appearances, which often includes convincing ourselves that we are more altruistic than we actually are. And we are no better than the disciples, whose gaze is pulled to the grandeur of the temple stones.

So, if this story is not about giving more than you think you can, what is it about?

I think this story tells a truth about ourselves — that we are very good at ignoring the widow, both because we don’t want to be her and because to help her might demand the kind of sacrifice she herself demonstrated. Maybe we just sit with that for a bit. How that plays out in our lives. Noting the thin line we walk between pity and empathy, between feeling good about ourselves and compassion, between a kind of mandated kindness and true mercy. And another truth about ourselves — we hold her up to heights that make it easy to forget who she truly was and is. She becomes a mere illustration for some sort of point so as to justify an “ask.”

And, I think this story tells a truth about God. God sees right through our self-attentive ways, our tendency for self-preservation, our constant leaning toward the lure of all that might build up the self, especially at the expense of those who need our help the most. We are not fooling anybody, especially God, if we think that any acts of philanthropy are truly extensions of the Kingdom of God if they don’t remember where Jesus ended up.

The widow’s “inbetweenness” is that which Jesus sees — caught in the middle of systems vying for power. Caught in the middle of people desiring power. And, in the end, that’s why we don’t want to be her — because she has no power. Power is everything, is it not? At least the way our world is being constructed these days. People will do anything to maintain power, selling out to the highest bidder, even selling their souls to those who will secure their best seats in church and their places of honor at banquets. Who will allow them to purchase more long robes and who are willing to sit through their long, self-congratulatory prayers.