The Pharisee, the Tax Collector, and the Reformation 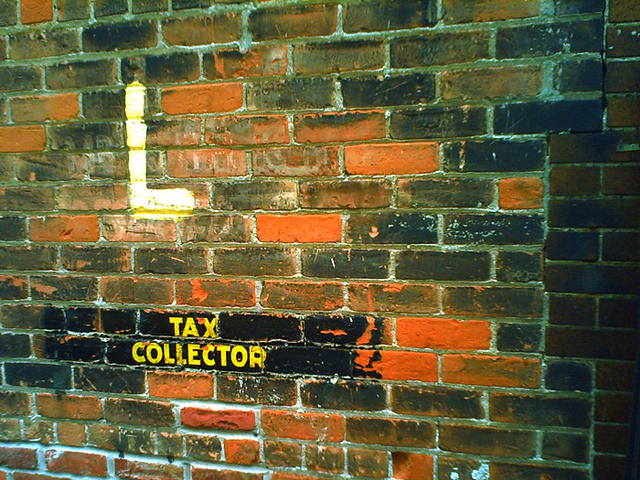 I’ve long thought that the parable of the Pharisee and the Tax Collector made a much better Reformation Day text than the appointed passage from John 8, and so I was delighted by the happy coincidence that this reading falls on this day. But be warned: if you are going to preach this passage (whether for Reformation Day or not), you’d better know ahead of time that it’s a trap, a trap set for the preacher and hearer alike.

You see, the moral of this story is so clear it’s hard to miss: Don’t think too highly of yourself like this hypocritical Pharisee; rather, be like the self-abasing tax collector. Or, to make it even simpler, we can boil the point of this parable down to two words: “be humble.”

But here’s the thing: whenever a parable seems this clear, this simple, and this straightforward, I figure we’d better not trust it. Because a careful reader of Luke’s story about Jesus should realize that Luke is the master of reversals. From Mary’s song at the outset of the Gospel to the surprising words Jesus utters both to crowd and thief at the cross, things never stay as they are for long in this story. So let’s take a closer look at these two characters.

First, the Pharisee. Truth be told, he only speaks the truth: he is righteous. He leads a life blameless according to the law. He fasts and gives alms and indeed bears no resemblance to the unsavory characters with which he compares himself. What, then, is his problem? It narrows down to one thing: while he is right about the kind of life he should live, he is confused about the source of that life. For while he prays to God, his prayer finally is about himself, and because he misses the source of his blessing, he despises those people God loves. For this reason, he leaves the Temple as righteous according to the law as when he entered, but he is not justified; that is, he is not accounted and called righteous and by God. For it would never occur to him to ask.

Second, the tax collector. Once again, Jesus in Luke’s story messes with our expectations. For there is no note of repentance in the tax collector’s speech, no pledge to leave his employment or render restitution to those he has cheated, no promises of a new and better life. Nothing, except the simple acknowledgment that he is utterly and entirely dependent on God’s mercy. The tax collector knows the one thing the Pharisee does not: his life is God’s — his past, present, and future entirely dependent on God’s grace and mercy.

Which is, of course, what the Reformation was all about. Luther realized first and foremost that if anything about his salvation rested on his ability, character, or faith — whether the good works and indulgences of the sixteenth-century or the earnest plea to “make a decision for Jesus” in the twenty-first — he was lost. He could claim nothing other than God’s good favor.

Which is where the first part of the trap of this parable rests. Because the minute you decide to take this parable to heart and “be humble” like the Pharisee, it’s pretty hard not to also be grateful you’re not like that Pharisee. And then the trap has sprung. It’s not about you, you see. Not your humility or lack of pride or even about your being a child of the Reformation or one justified by faith. It’s not about you; it’s about God.

But there’s another trap in the parable as well. And that’s to hear in the tax collector’s confession an example that we also ought to live our lives fully and entirely aware of our status as a sinner. But the minute you do that, you’ve also shifted attention away from God’s activity to your status. And the trap is sprung one more time. Once again, it’s not about you — not about you being a sinner or a wretch or one who does not deserve or merit God’s grace or however you might want to formulate it. It’s just not about you; it’s about God.

This parable — and indeed the whole Reformation — was and is an attempt to shift our attention from ourselves — our piety or our passions, our faith or our failure, our glory or our shame — to God, the God who delights in justifying the ungodly, welcoming the outcast, and healing all who are in need.

So perhaps the best way to preach this clever and dangerous parable is to keep all talk of the Pharisee and tax collector and Luther and ourselves and anyone and everyone else to an absolute minimum. Instead, perhaps we should reserve most our time, thought, and words for God, the God who creates light from darkness, raises the dead to life, and pulls us all — Pharisees and tax collectors, righteous and sinful, disciples and ne’er-do-wells alike — into a realm of unimaginable and unexpected grace, mercy and joy.

I know that’s a tall order, Working Preacher, enough to make any one of us fall onto our knees, beat our breasts, and pray: “God, be merciful to me, a poor Working Preacher.” Know that as you do I’m right there with you, also on my knees, giving thanks for your faithful proclamation.