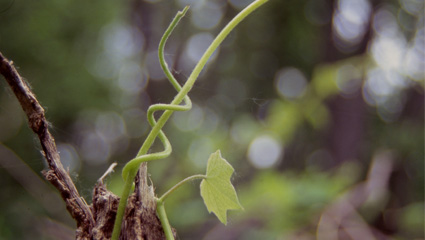 I used to be able to do math. But something happened between AP calculus my senior year of high school and now, when I try to help my two boys with basic algebra. I actually loved math, even declared it as a minor in college. I love its orderliness and predictability, yet at the same time, its challenges and enigmas. I find numbers interesting, even fascinating. Numbers can be fun. We mark our lives by numbers — anniversaries, birthdays, remembrances. They matter. They mean something.

And, as you know, numbers are important in the Bible. Biblical numerology is fascinating. You know the usual suspects — 12, for the twelve tribes of Israel and the 12 disciples, 7 as the number of perfection. 666 as the number of the beast! 153 fish that the disciples managed to catch once they cast the net on the other side of the boat in John 21. Numbers in the Bible invite imagination and inquiry when it comes to interpretation. They provoke pondering and puzzling for the sake of proclamation, or at least they should. So of course, when it comes to the Trinity, and the number three, we should probe deeply the possibilities for why God chose to reveal God’s self in this way and with this numerical representation.

I find the number three particularly intriguing, especially when it comes to perceptions and assumptions of relationship. And fundamentally, any conception and presentation of the Trinity will need to address relationship in some way, shape, or form. Think about it. Even numbers promote pairs, easy dyads for conversation. Three is harder. It’s why groups of three are difficult. Do you know what I mean? Situations of three introduce a different ethos than those of two or four. What happens? You frequently end up leaving someone out or you are left out, when the two seem to get along better without you, or you get along better with one over the other.

Furthermore, our world seems to operate in, perhaps prefer, even numbers — four sides to a table; two children (and, let’s make sure there’s one of each gender) so that each parent can be in charge of one child. Even numbers seem to secure a certain the sense of order and predictability we have come to expect from numbers. Of expectation and dependability. Add the odd person and it’s the odd person out. All of a sudden prospected patterns of behavior, anticipated actions of relational dynamics, are offset.

Odd numbers? The number three? Well, thus enters a disquieting disequilibrium. A lack of control. When you have three, the dynamics change. You are forced to share a conversation, to be attentive to another besides the one right in front of you. You have to listen to more than one person. Perhaps at the same time. You have to adjudicate feelings and responses and reactions that have doubled. That’s the problem and promise of three.

Yet God saw it fit to express God’s self with three, in three, and through three. I think this says something about God. And about how we should view the Trinity. Maybe God likes disequilibrium. Maybe God thinks that’s what relationships are all about. Maybe God embraces and invites imbalance. Maybe this is essential to God’s character.

You see, theology is rarely an even, four sides to the table kind of reality. There always seems to be a third angle to consider, another perspective to ponder. We are awfully accomplished at focusing on what’s in front of us. That’s easy. One on one is a lot simpler that one on two. That takes more work. When all of a sudden comes the third interpretation, the third view, that upends or causes enough uncertainty to send us into questioning, wonder, even doubt.

This additional perspective to ponder certainly seemed true for Nicodemus.

I suspect God had this in mind all along. Look at Isaiah. He has to contend with God, God’s people, and himself. That’s a lot harder to manage than if the prophet just needed to deal with God. Or the people. We only need to go back to God’s creation of us to know that God appears rather dissatisfied with just hanging out with the Spirit. God as Trinity seems to bank on the necessity of three — all through Scripture. We could even say that theologically at stake for God’s self-revelation is a commitment to the necessity of three — expression that is secured but surprising; known but intangible; revealed but complex. This seems to fit God very well, at least as far as I have observed.