The Foundation of Our Hope 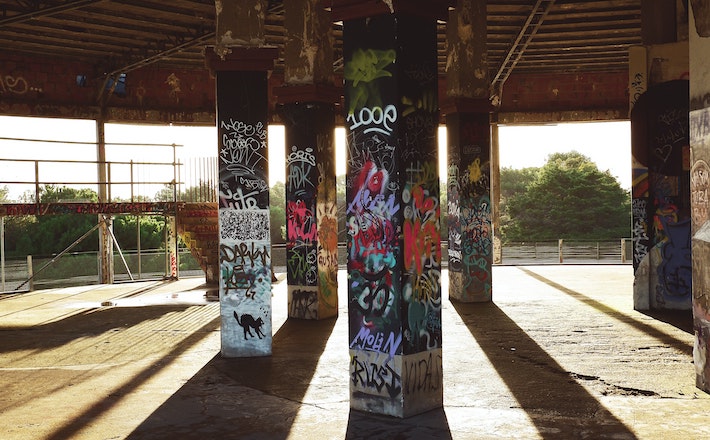 Photo by Zé Ferrari Careto on Unsplash; licensed under CC0.

I was once at a job interview for a teaching position at a Christian college, and one of the interviewers asked, “What is your favorite line of the Apostles’ Creed?” An unusual interview question, to be sure, but I answered without hesitation, “I believe in the resurrection of the body and the life everlasting.”

You see, if it’s true that we each have only one good sermon in us, mine is about resurrection. Which is why I am drawn to Paul’s discussion of resurrection in 1 Corinthians 15, our Epistle reading for this Easter: “For I handed on to you as of first importance what I in turn had received: that Christ died for our sins in accordance with the scriptures, and that he was buried, and that he was raised on the third day in accordance with the scriptures” (1 Corinthians 15:3-4).

Paul writes to a church where some people doubt the truth of the resurrection: “Now if Christ is proclaimed as raised from the dead, how can some of you say there is no resurrection of the dead?” (1 Corinthians 15:12).

In response to such doubt, Paul does not mince words. There is no room in Paul’s theology for understanding Christ’s resurrection as metaphor or as myth (contrary to modern cultured defenders of the faith who, by describing the resurrection in such terms, dilute the Gospel). No, Paul argues, “If Christ has not been raised, your faith is futile and you are still in your sins. Then those also who have died in Christ have perished. If for this life only we have hoped in Christ, we are of all people most to be pitied” (1 Corinthians 15:17-19).

But, really, who can blame those Christians at Corinth for their doubt? Resurrection goes against all the evidence, what we see and experience in this world. We know tragedy. We know sorrow. We know death, especially after this last year, especially after the latest mass shootings.

And, judging by several conversations I’ve had over the last few weeks, it has been an especially hard time for you Working Preachers. You are weary and many of you have borne the brunt of people’s frustrations and fears in this season of pandemic and political conflict.

Things are, of course, looking up. More and more people are getting vaccinated and many congregations are meeting again in person for worship. Easter hope is dawning.

But we know, even in this season of new life, that death is real, so is grief, and sin (our sin and that of others). If we are honest with ourselves, we have more in common with those Corinthian Christians than we might care to admit. Resurrection goes against all the evidence we see around us every day, and we are nobody’s fools.

But that’s not the end of Paul’s argument. Having stated the logical outcome of the Corinthians’ doubt (“If for this life only we have hoped in Christ, we are of all people most to be pitied”), Paul offers both a rebuttal and a ringing proclamation:

“But,” he writes, “But in fact Christ has been raised from the dead, the first fruits of those who have died! For since death came through a human being, the resurrection of the dead has also come through a human being, for as all die in Adam, so all will be made alive in Christ … For he must reign until he has put all his enemies under his feet. The last enemy to be destroyed is death” (1 Corinthians 15:20-22, 25-26).

The light breaks through the darkness and the trumpets sound and it turns out that the story that’s too good to be true is, in fact, true. Christ has been raised from the dead! Then Paul hits his full stride. He is singing the Hallelujah chorus; and all the angels with him:

For this perishable body must put on imperishability, and this mortal body must put on immortality. When this perishable body puts on imperishability, and this mortal body puts on immortality, then the saying that is written will be fulfilled: “Death has been swallowed up in victory.” Where, O death, is your victory? Where, O death, is your sting? The sting of death is sin, and the power of sin is the law. But thanks be to God, who gives us the victory through our Lord Jesus Christ! (1 Corinthians 15:53-57)

Such is the Easter proclamation, the foundation of our hope. But note, dear Working Preachers, that Paul does not stop there. He moves to a “therefore.” Because Jesus has been raised from the dead, because we too shall be resurrected, because death has been swallowed up in victory, “Therefore, my beloved, be steadfast, immovable, always excelling in the work of the Lord, because you know that in the Lord your labor is not in vain” (1 Corinthians 15:58).

I know that many of you have been feeling the same way. Ministry does not always bear visible fruit, at least not immediately, and it is easy to get discouraged, especially in times like these.

John Polkinghorne, a theoretical physicist at Cambridge and an Anglican priest, who died just a few weeks ago, wrote about resurrection in his book, Quarks, Chaos, and Christianity. He describes the controversy between Jesus and the resurrection-denying Sadducees. Jesus says to them, “Have you not read in the book of Moses, in the story about the bush, how God said to him, ‘I am the God of Abraham, the God of Isaac, and the God of Jacob’? He is God not of the dead, but of the living; you are quite wrong” (Mark 12:26-27).

The point is that if Abraham, Isaac, and Jacob mattered to God once—and they certainly did—they matter to him forever. The same is true of you and me. God does not just cast us off as discarded broken pots, thrown onto the rubbish heap of the universe when we die. Our belief in a destiny beyond our death rests in the loving faithfulness of the eternal God … a God who will not allow anything good to be lost.1

Polkinghorne sounds the same note as Paul. Because God gathers up our lives, short as they are, and our work, flawed as it is, into his resurrection life, nothing good is ever lost. Lives cut short by tragedy, hearts broken, bodies broken—all are gathered up into the resurrection life of Christ and made whole again.

In light of this resurrection promise, then, dear Working Preachers, you can stand firm and give yourselves fully to the work of the Lord, because you know that in the Lord your labor is not in vain.

Easter blessings to you,