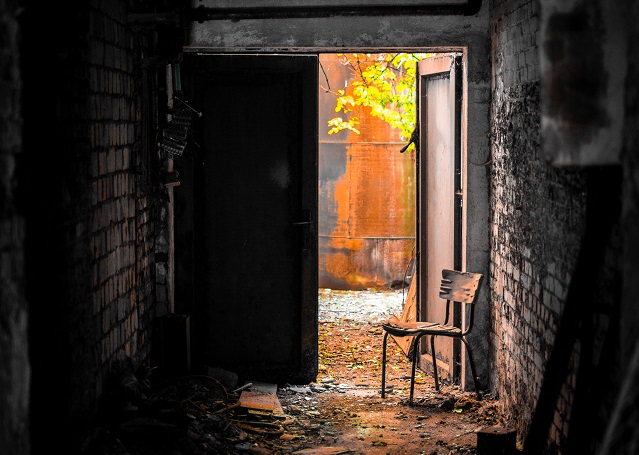 We can clearly see what the lectionary is doing this week!

It’s all about the Shepherd. Of course, as Karoline Lewis reminds us, it’s really about doors. Or access. We long for community. We long for more than virtual connection with our friends, family, neighbors, and coworkers. That refocus may really makes a difference in the midst of our current quarantined reality. To consider hospitality as gathering together (again) elicits pangs of both risk and urgency. And yet, this is precisely the hope and urgency at risk when one understands the hospitality expressed here by Jesus (Hold that thought).

We are in the season of Easter. Some stories can only be told because of the Resurrection. The season of Easter is opportunity for the church to reflect on the biblical witness concerning the rumors of the resurrection. In light of the resurrection Jews and Gentiles became known as a single community of Christ followers. A scattered unity who told a story of the world after Holy Spirit showed up. An awe-inspiring community of varying economic and ethnic status who devoted themselves to the teaching and practices of the apostles (ah, and that is why Acts fits with this account).

It is appropriate to jump back to this discourse of Jesus from his life before the crucifixion. Remind your listeners: all the gospel accounts were penned after the resurrection. For it was after the resurrection, that the followers of Jesus recognized that in all that he did, Jesus glorified God on earth. Some things need the intrusion of a chaos-to-calm-death-to-life-forgiving-and-forgetting God in order to make sense. This kind of recognition is born of a deep familiarity with the stories of the peoples encounters with God.

For some of us familiarity with scripture brings to mind the long discourses of Jesus, the ones given to red letters in some editions of the Bible. Just a glance at these editions reveal, Jesus just does a lot of talking. So as we focus on this idea of a good Shepherd it is a powerful reminder that Jesus words were spoken in the midst of the life he lived practicing hospitality among the people he encountered. As you prepare to deliver your words again before a camera, keep in mind the lives lived by the people that will hear you—both your local congregation, and the expanded community of virtual listeners who started binge-watching church on Sunday without knowing they had a longing for good news!

I find it interesting how the conversation that follows Jesus healing the blind man involves at least two categories of people responding to this healing. Simple and broadly they are the people and the lawmakers.

Now this can actually be noticed with most every encounter of Jesus with others: before the healing of the man born blind, there is the encounter where grace is extended to the woman caught in adultery. In that encounter the people were Jewish believers of Jesus. This identification has to be clarified in the Gospel of John because after an earlier encounter with a Jewish leader, Nicodemus, we read of Jesus’ encounter with a Samaritan woman. A woman who, though sharing the heritage of being a descendant of Abraham and Isaac and Jacob, would not be identified as a Jew because of the animosity between these two groups. Yet it would be her testimony of Jesus that evangelizes an entire community. While the religious teacher quibbles over metaphors, a Samaritan introduces her community directly to Jesus. Fast forward to those who are questioning Jesus now.

After Jesus gives sight to the blind, the people claim their national and ethnic heritage as children of Abraham. Among those perplexed by Jesus’ identity are those who claim their religious heritage as followers of Moses. Neither their cultural identity nor their religious identity brings clarity to the identity of Jesus. So here, after so many words have been exchanged, Jesus returns to an analogy fitting everyday first-century people: Sheep and shepherds; gates; (and doors). Jesus shifts away from their cultural (national) and religious heritage to the faithful promise of the God he calls Father: in the poetry familiar to musical playlist of Israel’s favorite King, Jesus speaks like the Son of David.

Still, the people don’t get it.

Of course, they do not. These are towns folk, Jesus-critical followers of legal experts, religious leaders, and fishermen. To them Jesus is talking about sheep. So don’t be surprised if the clever, cute, and cuddly metaphor falls short. Many of us—dairy farmers and city folk alike—have images of Jesus holding a sheep and knocking on the door or standing with a staff in hand surrounded by woolly livestock. We also have images of facemasks and IVs; status updates of cancelled graduations and unattended funerals; posts of protests, confusion, and fatigue. These are your listeners this week. A diverse community who have heard the rumors of the resurrection and are trying to figure out what that means in the world they still have to live in … now.

To these listeners, Jesus clarifies that he is not guarding the gates but swinging the doors wide open. The one who leaves the ninety-nine for one is not talking to the masses, but to people whose names he knows. Jesus is not proclaiming a future kingdom of power and prosperity but promising this day is the day the blind will see, and fellowship will be restored among family and community.

That thought you were holding? As we long for reconnecting with our friends, family, neighbors, and coworkers the simple invitation to community is indeed good news!