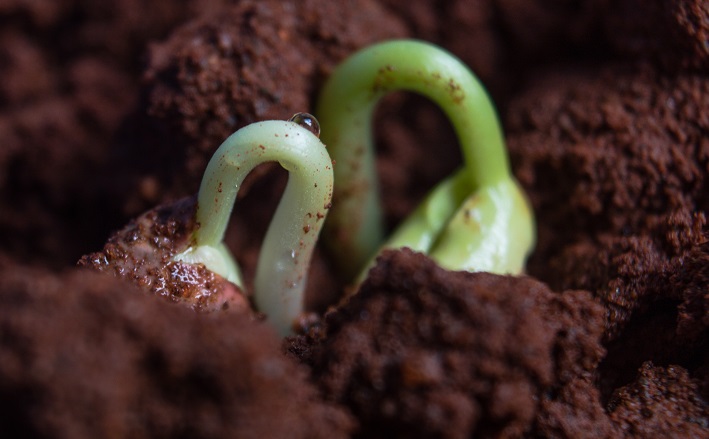 Photo by imso gabriel on Unsplash; licensed under CC0.

Psalm 126 is one of the most memorable “Songs of Ascent.” Among its unforgettable lines are:

“When the LORD restored the fortunes of Zion, we were like those who dream” (verse 1).

Psalm 126 is a song of the exiles—those ill-fated inhabitants of Judah who had been forcibly deported from their lands, stripped of power and wealth, and forced to live under militarily-imposed conditions. Psalm 126 is an artifact of a collapsed society, many of whose members were left wondering what that collapse meant for their future as a people.  With audacity, Psalm 126 dares to pray, weep, wail, and hope for a new kind of future—one that is emerging but not yet fully manifested.

Preachers like yourselves are flesh and blood human beings, who are weighed down by all manner of grief, pain, and loss. In some unique ways, the season of Lent brings those realities of failure, pain, and loss to the surface. Sometimes that pain and its sources are acute and readily identifiable. At other times, it is simply the persistent thrumming of our restless hearts longing to be home with God.1

But because of our public responsibilities to help others interpret their own experiences, Christian leaders often find themselves bearing that burden alone and in isolation. Far too many forces in our society encourage us to deny grief and to smuggle it out of public view. Add to that the crushing reality of some called to lead from a minoritized identity in unfriendly spaces and communities. Life’s burdens are heavy enough, but all of this weight is compounded when borne in isolation.

In this current season of turmoil and pain, Psalm 126 is welcome company. It names the sorrow of its author(s) in several potent ways: loss of fortunes (verse 1), the desolation of the desert (verse 4), the presence of tears (verse 5), and the practice of weeping (verse 6). As scripture, Psalm 126 lends us language for interpreting our own experiences of collapse and mourning, and in doing so tutors us in how to speak unutterable pain in the presence of the ineffable God.

But Psalm 126 doesn’t just give us language for articulating our sorrow. It isn’t simply providing grammar for our grief. Psalm 126 also seeks to shape and orient that sorrow toward hope. It does so by bringing together two images that would have been commonplace to its ancient Jewish audience: tears and agricultural seasons.

Tears are a curious image to choose. In seasons of sorrow, tears come and go. Sometimes they appear like a deluge, and at other times like a slow Seattle drizzle. In so many ways, tears are ephemeral. They can be “wiped” away with items as fragile as a tissue or even a bare finger. One moment they are there, and another they are gone.

But for Psalm 126, tears cannot be easily erased, because they are a productive force. Like the act of sowing itself, shedding tears is an act of hope:

When a seed is sown, it lingers in darkness for a season. In obscurity the seed is transformed, though not in any way that is evident on the surface. The growth is subterranean and undetectable by the outside world. The transformation occurs as the seed strains for the sun. The author of Psalm 126 sees a parallel process in the collective life of his grieving people, who are on a lengthy homecoming journey from sorrow to joy.

Psalm 126 is one of those texts that singularly captures the absurdity of biblical hope–that the creator of the cosmos regularly creates life out of death, abundance out of sorrow, and possibility out of nothingness. That same hope is on display in the other lectionary texts this week. Isaiah 43:16-21 imagines that the exiles will return home like a new exodus generation, and Philippians 3 makes the puzzling claim that one can experience the resurrection of Christ in the midst of suffering (Philippians 3:10-11)

Preachers, I want to invite you to reflect on a few things as you prepare to sow your own seeds of hope into your congregations. What is happening under the soil? What harvest of hope are your tears watering? The author of Psalm 126 makes the audacious claim that our pain does not go nowhere. Mysterious, subterranean forces are at work transfiguring pain into promise.

For Psalm 126, this is the stuff on which dreams are made.