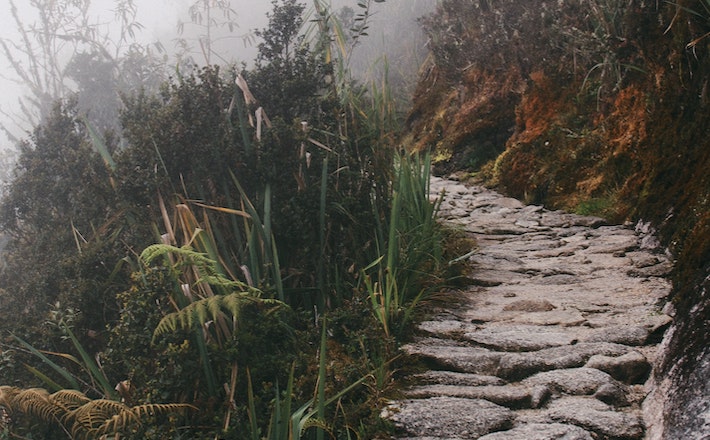 Photo by John Salzarulo on Unsplash; licensed under CC0.

Thank you for all you do to preach the good news of Jesus Christ in this beautiful but broken world. May the Holy Spirit bless your proclamation. And may that same Spirit flourish in the lives of those you feed.

The scandal of the Gospel

The Gospel reading appointed for this week is Mark 6:1-13. The passage has two different stories. In the first story (6:1-6), Jesus comes to his hometown, but there is confusion. Because he teaches with wisdom and performs deeds of power, they wonder, “Is not this the carpenter, the son of Mary?”

Then the Gospel reports, “they took offense at him.” Jesus responds with the famous words, “Prophets are not without honor, except in their hometown, and among their own kin, and in their own house.” (If your English teacher told you not to use double negatives… um, Jesus.). After the puzzling notation that “he could do no deed of power there, except that he laid his hands on a few sick people and cured them,” the passage ends: “he was amazed at their unbelief.”

There is a great deal to unpack in this first story and it would be the worthy subject for a sermon. The heartbeat of the story is the report that “they took offense at him.” The Greek word for “they took offense” is eskandalizonto. This verb is related to the same root—skandalon—as the word translated as “stumbling block” in Paul’s famous line in First Corinthians:

The word of the cross is foolishness to those who are perishing, but to us who are being saved it is the power of God … For Jews demand signs and Greeks demand wisdom, but we proclaim Christ crucified, a stumbling block to Jews and foolishness to Gentiles, but to those of us who are called, both Jews and Greeks, Christ the power of God and the wisdom of God (1 Corinthians 1:18, 22-24).

It is good to be reminded—and to remind God’s people—that at the heart of both the Old and the New Testament there rests an inextricable divine scandal.

The scandal of the Old Testament is that God decided to choose one human family and tribe to bless all of the other human families and tribes. In order to do so, God chose Sarah and Abraham—and worked through them and their descendants to bless all of the other families and tribes and peoples of the earth. From the human perspective, that God should do so often seems absurd, unfair, perhaps even unjust. But that is the good-news scandal of the Old Testament. And for what it is worth, I believe that God is still working through Abraham and Sarah’s descendants today to bless all the families, tribes, peoples, and nations of the earth.

The scandal at the heart of the New Testament is that God chose to become human and live one human life in the person of Jesus of Nazareth—one of Abraham and Sarah’s descendants. From the human perspective, that God should do so often seems absurd, unfair, perhaps even unjust.

And the New Testament scandal gets worse (or better, depending on your perspective). Jesus of Nazareth, the Son of God, did signs and wonders, taught with wisdom and authority, ushered in the kingdom of God … suffered, was crucified, and rose again. Was crucified! From the human perspective, that God should do so often seems absurd, unfair, perhaps even unjust. And rose again.

The offense of the good news is most intense when we are thinking and talking about the cross. But this passage—in which the people who knew Jesus the best “took offense at him,” were scandalized by him—reminds us that the incarnation of the Son of God itself was and is an essential aspect of the scandalous offense of the gospel.

But, with evangelical irony, this only makes the good news better. Because the Holy Spirit overcomes our being scandalized on a daily basis—drowning it in baptism, putting it to death and raising up new life in us every single day.

The guests of the others’ hospitality

The second part of this week’s reading (Mark 6:6b-13) maps part of Jesus’ response to being rejected by those who were scandalized by him. What does Jesus do after being rejected in his own home town? He sends out the disciples, two by two, to other towns to teach with wisdom and authority and to do deeds of power.

And in order to do this, they must learn to be the guests of other people’s hospitality.

For years, I struggled with this passage. Why would Jesus order “them to take nothing for their journey except a staff; no bread, no bag, no money in their belts; but to wear sandals and not to put on two tunics … ‘Whenever you enter a house, stay there until you leave the place’”?

I wrestled with this for years, until finally the scales fell off of my eyes and I realized: Jesus was teaching them the evangelical practice of being the guests of other people’s hospitality.

I don’t know about you, but I like to be the host who shows hospitality to others. I like to cook the food (I’m a picky eater), control the music and the smells, choose the wine (I’m very picky about wine), and throw the party. As a guy in a wheelchair with picky food and drink tastes, being someone else’s guest is hard for me both physically and emotionally (if I go to someone else’s house, I never know if my wheelchair will fit into a first-floor bathroom, or even if there is a first-floor bathroom).

And Jesus says to me, “I don’t care. Go. Be the guest of others’ hospitality—like Elijah, like Elisha, like Jesus, and like the disciples.” And in this way, the kingdom grows and disciples are made.

“So they went out and proclaimed that all should repent.”

Thank you, dear Working Preacher, for all that you do to preach that same good news.