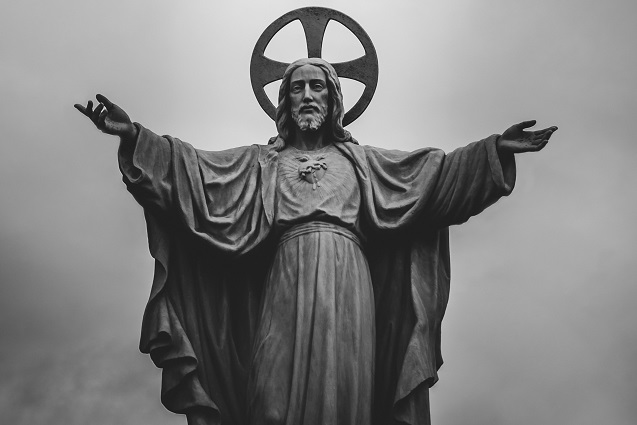 Photo by Arturo Rey on Unsplash; licensed under CC0.

You read the text for this week and they sound so familiar.

Maybe, you sense the sermon you are preparing seems like a repeat. Haven’t you preached this message before? Did you not already say this last week as you rehearsed (again) the red-letter words from Matthew? Will your listeners sense the repetition?

Maybe, you tell yourself, you can be clearer this week. A little less fatigued. A second change. Still there is the nagging suspicion that this message will be filed among your less than stimulating or maybe, just forgotten completely. It happens.

When we approach these words of Jesus that supply our understanding of justice and righteousness, and other, distinctly Christian ideals, the preacher’s creativity crashes into the reality of religious regularities that are so familiar they almost need to be rejected in order to be deemed necessary again.

And there is the rub.

Jesus is calling back to familiar phrases, expected practices, assumed teaching. It needs to be done because the familiar has become just words, mere expectations. Those familiar expressions of the religious, then as now, produce little practices that confirm their promises. Pan your lens back to disrupt the familiarity and invite your listeners to reframe the moment as Jesus does.

When you picture this moment, do you see the Syrian multitude? Familiarity makes it difficult to recall the actual details. We tell this story with Sunday School characters in our minds, not the middle easterners that crowded to hear the good news. We write them out of their history the way Blacks have been written out of American history.

This crowd includes many, most maybe, who would not have extra food in their cupboard or a wardrobe filled with outfits to choose from. Displaced by the Roman empire. These are not the wealthy or powerful. These are the sick, the underemployed, the repeatedly left out. These are folks who are living a hand-to-mouth existence.

They have been enslaved to a system that has taught them to worry about where their next meal will come from; but as hard as they work, the economic system doesn’t work in their favor. They are the wrong ethnicity, the wrong gender, they have the wrong sort of body to get ahead in this world. They believe they have no power—no agency—to make a difference in their world.

Jesus has earned a reputation. Not for what he said, but for what he has done. First he is known for his work rather than his words: “News about him had gone viral all over Syria, people brought to him all who were ill … those suffering severe pain, the demon-possessed, those having seizures, the paralyzed; and he healed them” (Matthew 4:24 NIV).

Before he spoke, Jesus acted. Jesus restored their dignity. That is the first step to restoring one’s agency. Jesus reminds these who have been trampled upon by society that they are free. They have agency because they bear the image of the God who has made all of this.

In restoring the dignity of the least of these, Jesus questions the position of others. For those of us who have food, who have clothes, Jesus’ words destabilize their illusion of security! Those self-appointed saints looked no different than the political powers-that-be in Rome. They had their rules, regulations, and society rituals.

In the same way the first-century religious leaders imitated secular power-brokering with their accommodating rhetoric of nationalism and militarism, 21st-century religious leaders preach the virtues of privacy, freedom, and equal rights. And just like the ancient powerbrokers, today’s leaders fail to explicitly subject these norms to the claims of Jesus Christ about the justice under God’s reign.

These values are the consequences of God’s grace not commodities. We must be careful not to promise we will build the kingdom Jesus proclaimed. We can’t do it. We only bear witness to it. But we Christians have a problem. We would rather be right than righteous. We cannot simply flip a switch in our heads to stop fixing the world. We must be transformed by the renewing of our minds. Our imaginations need to be recalibrated.

So, there is urgency in the words of Jesus. Even in the light of healing, with the promise of prosperity, and evidence of God’s favor, there is no time for clever clichés, purposeless platitudes, and exhausted editorials. Ancient Israel then, and the community of faith today, require a word that is purposely provocative.

Jesus subverts our ideas of what it means to be safe and secure by calling us to a peculiar way of living that is utterly dependent on God. Jesus’ listeners are able to hear his absurd expectations because they have experienced his incredible assistance. This is no campaign speech of empty promises; this is a summary of how one can live because one has been healed by divine power.

Like Moses, Jesus teaches in tweetable phrases (#sermononthemount). But his words reflect the justice expected by the laws Moses conveyed. What have you heard?

Jesus is teaching that keeping the letter of the law will not fulfill the justice of God. Only by being different than the culture around us will the world notice God in us. Only by being a living example of righteousness, mercy, and humility will the world glimpse the Kingdom that God is forming through the Spirit-filled community inspired by the life, death, resurrection, and promised return of Jesus.

It is not enough to be a follower of Jesus in the way that we would follow someone’s Twitter posts. Jesus calls for his disciples to honor their commitments, first at home, as a practice for living lives of integrity in public. The Sermon on the Mount requires more than individual intent; it requires communal interdependence. Beginning in your marriage, practice fidelity, trustworthiness, and commitment. Then treat all those around you with the same honesty, respect, and authenticity. If you have forgotten where you heard it first, reread Matthew’s gospel

For I tell you, unless our righteousness exceeds that of the legal experts and politicians, we will never enter the kingdom of heaven (Matthew 5:20).