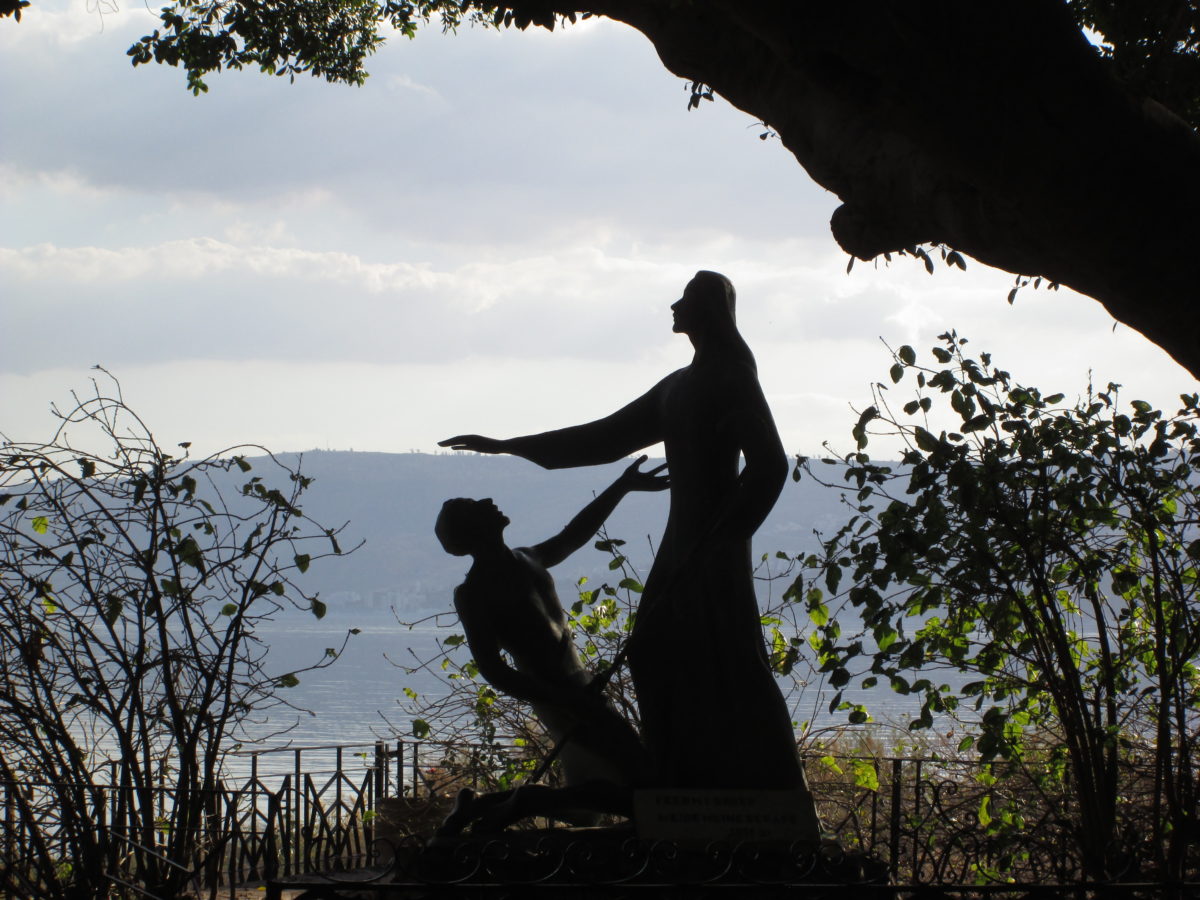 153 fish? That’s a lot. Even I know this, and I am no angler. I’ve sent my boys to fishing camp. I encourage them to fish if the opportunity arises, if they are invited by someone else, but they know I will not tag along. The current fishing controversy in Minnesota is restrictions for walleye fishing on Mille Lacs Lake — all catch and release and no live bait. But, restricted fishing has a major impact on the economy of the state. And also true — the critical negotiation between ecology and economy. While my angler knowledge is admittedly limited, I do know one thing — 153 fish is a lot of fish, and I am simply fascinated by that number.

Yes, there are all kinds of suggested possibilities by commentators for what this number might mean. But, really? Why can’t it just be a lot of fish? Am I naïve? Can’t it be simply that moments of abundance reveal God’s love?

The moment of recognition of Jesus in this story? When lack is transformed to abundance. When despair is moved to hope. When abandonment is replaced with the restoration of relationship.

On a personal note, the Primacy of Peter may very well be my favorite “holy site.” Categorically not an official holy site, because in general, the “Sea of Galilee” is a holy site, but that’s perhaps the point. The whole sea represents something beyond what we can explain. The whole place is holy and how we define holy is a conversation worth having.

For some reason, this “site” is special to me, and I am trying to figure out why that is. It’s rather ordinary. A church built on the place that by tradition was connected with John 21. The chapel is constructed around the rock where Jesus shared breakfast with his disciples, with the invitation, “come and eat.” The shore is rocky, yet we are desperate to wade in the waters of Peter and those disciples who recognized Jesus on the shore.

Why do I like the Primacy of Peter so much? Why couldn’t I wait to go back there on my second trip leading students? Why could I have stayed there forever? I think I was the last person on the bus that day, and if you were the last one to board, Hussam, our guide, made you sing or dance or something of the sort.

But maybe it is the promise of a memory. Because in this story, the promised memory is abundant life, and here again, it is. Abundant fish. Don’t metaphorize this. And I don’t care if that’s not a word. What if it was really true? 153 fish? That is a crazy amount — and why? Because that is how much God loves us.

The whole gospel of John is about abundant grace. Grace upon grace in John 1:16, but after the Prologue, no mention of grace ever again. Why? What good is the incarnation if you can’t touch, taste, smell, see, and hear it? So 153 fish is that very truth. This fourth resurrection appearance is to reveal that grace upon grace is true. By definition, grace upon grace cannot be restrained to a passage, to a gospel, and that’s the point of John 21. To show, by a ridiculous amount of fish, that God’s grace cannot be limited to the incarnation, to the crucifixion, to the tomb, to the resurrection, and certainly not to the end of a Gospel story called John.

As I said last week, resurrection is conveniently limited to an eschatological promise rather than an incarnational truth. And so maybe that’s why I am so taken with this story. Not for its drama in Johannine scholarship. Not for its Eucharistic allusions. And, not for the justification of Peter. Why? Peter needs no justification. He needs no forgiveness. Read closely. In John, his denial is not of Jesus but of his own identity, his own discipleship. The conversation between Jesus and Peter has nothing to do with a re-instatement of Peter, forgiveness of Peter, a “there, there, Peter” but is John’s version of “take up your cross” if you will. Peter needs another invitation, an invitation to participate in and make the abundance happen. Why? Because “come and see” in John is to be the presence of Jesus when Jesus is gone. No wonder Peter denies his discipleship.

The promise for Peter, and for Paul (Acts 9:1-20), and for us? Grace beyond our imagination. Grace beyond our calculation. Grace even beyond our scriptural determination. Look at the end of John, and please, include the rest of the chapter 21 in your preaching. How can you preach resurrection as abundance without these words, “But there are also many other things that Jesus did; if every one of them were written down, I suppose that the world itself could not contain the books that would be written.”

But don’t make this a sermon about grace. This is a sermon that points to what grace upon grace really can be — a hell of a lot fish, preachers, when you least expect it, just like the wine at Cana, when all hope is gone, when you wonder what you are doing, when you think there is no future, when your well has dried up, when you doubt that grace is true, when you question if grace is for you. This is the resurrection story we need. Desperately. All of us. That we will, indeed, experience the truth of the resurrection beyond the empty tomb. That Jesus will always show up on the shore, will invite us to share a meal once again, because abundance really means abundance when it comes to God. Why? Because it seems that God truly does love the world.